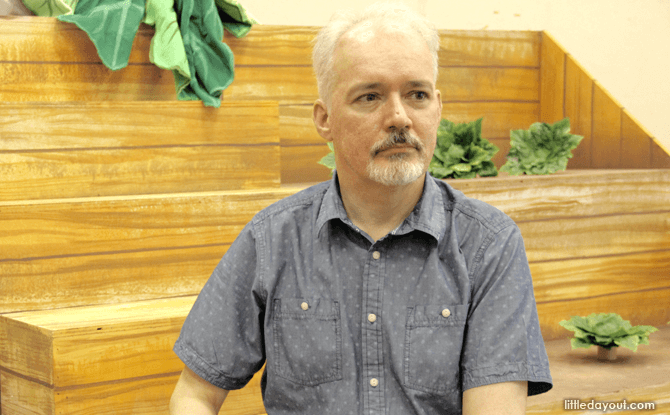 I Theatre is a homegrown theatre company with a mission to deliver world-class, family entertainment through the stage.

Always seeking to challenge the limits of local theatre and how drama can used to engage with children, parents and teachers, I Theatre’s past productions have included The Arabian Nights, The Little Red Hen, Sing to the Dawn and Ashputtel – The Story of Cinderella.

Little Day Out sat down with Brian Seward, I Theatre’s Artistic Director, to understand how I Theatre determines what goes into their shows.

What inspires your choices in what material to stage each year? For example, what was it about “Grimm’s Fairy Tales” that made you want to stage it?

A play or a story has got to say something. It has to be relevant to the audience. If I can’t find something interesting and new to say through it, then it’s something I’d rather not touch. 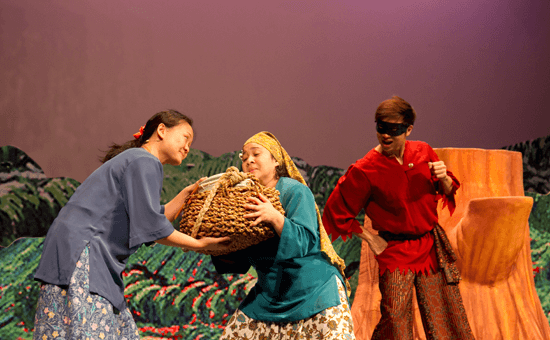 Scene from I Theatre’s The Magic Porridge Pot, 2013

I notice you sometimes make creative decisions to soften certain characters. For example, you changed the ending in “The Little Red Hen”, whereas you may follow the literary text more closely in “Grimm’s Fairy Tales”’. Why the difference?

Where it is just for the young ones, we have to be aware that we’ve got a lot of school groups and preschool groups, and the parents and teachers are very sensitive. Even before we ran “The Little Red Hen” the first time, we had a lot of parents and teachers writing in saying, “What is the ending? Because if it is the negative ending, we will not bring our children.”

[Editor’s note: In the original ending of the tale of The Little Red Hen, after the Little Red Hen is unable to get her friends help to bake bread, she chooses not to share the bread, which she had to bake all by herself, with her friends.]

For “Little Red Cap”, we are actually changing the ending. We are ending at a more positive point and then we don’t elucidate on the rest of the ending. 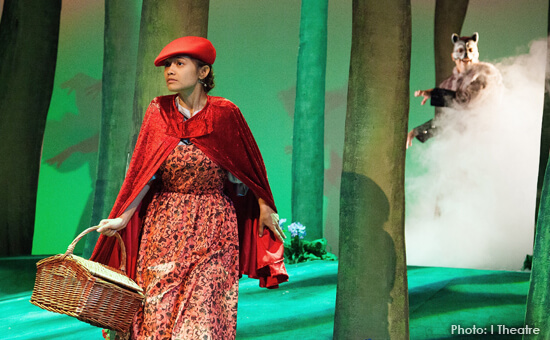 How do you know how far you can push the boundaries of children’s theatre?

I think partly it is experience. There are things where we know we can’t take it that far, and there are others where we think, “Okay, let’s give it a try.” 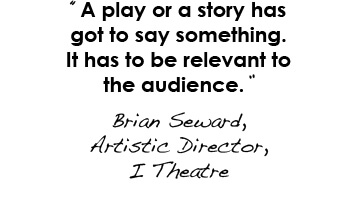 When we did “The Arabian Nights”, there were 124 deaths in our show and people dying all over the place and being eaten by monsters. Nobody had any problems with it at all. We had no complaints.

When we did “The Gingerbread Man”, he was eaten in the end by the fox, and we had no complaints whatsoever.

Once I did a version of “Ashputtel” a few years ago for a slightly older audience. In that story, the wicked sisters are not ugly, they’re beautiful. The bird spirit (representing the mother) that looks after Ashputtel flies down and pecks their eyes. We did that by using hands as birds, but when we plucked out the eyes, we used rambutans which were then thrown into the audience. People were quite scared, but that was fun scared!

We did have a couple of complaints about chopping off the heels and toes in the version of “Ashputtel” we did recently, even though it was very clear it was foam rubber, but they said it was too traumatic for little ones.

It looks like you’re treading quite a fine line with some of these ideas. Do you ever incubate or change them?

Within the run of a show, because we now run 30-40 performances, maybe after the first four or five performances, we can say this works or this doesn’t work, and change it. But there is very little time. We finish one show, have 2-hour rehearsals and we’re straight into the next show.

There are some productions that we actually have managed to revisit, and we do learn so much. We see the weaknesses and can then work on those to change them, modify them to make the whole show more coherent in order to connect with the audience better. 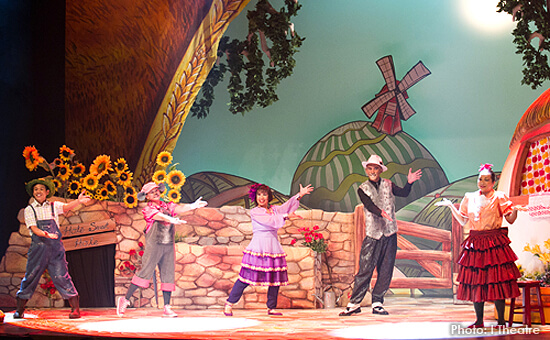 What are your views about Asian stories as sources for material?

We always try to include at least one Asian story in our programme for the year, but we know that it will sell a lot less than the others. I don’t exactly know, but I think there is an antipathy towards Asian stories because either it’s assumed that they’re not very good, or that they’ve been overtold, or that they’re just not known.

Then why do you still do it? Is it because you’re in Asia? 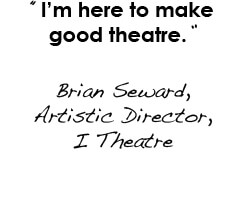 Yes, we’re in Asia and so we use pan-Asian themes, ideas and techniques. We’re in Asia. Why not use the resources that are around and some Asian folktales are really good.

Still, some people say, “But we don’t know the stories.”