Home Play Ideas & Activities Cerita: Learn About Life In The Malay Archipelago Through Stories At Malay... 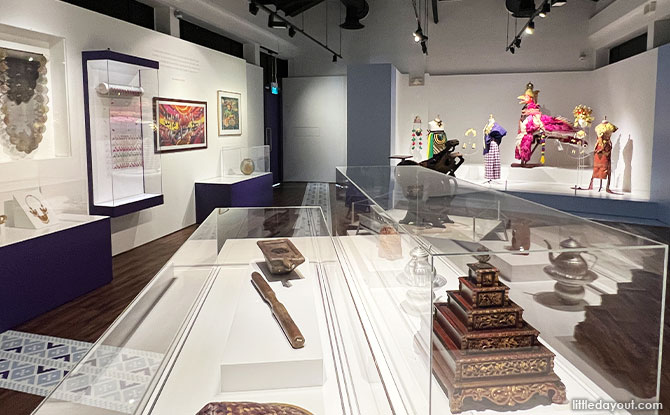 From 29 January till 31 July 2022, catch the Malay Heritage Centre’s latest exhibition “Cerita”. Translated to mean “stories” in Malay, this exhibition will shine the spotlight on the stories and narratives of life in the Nusantara (Malay Archipelago). This will be the Centre’s last exhibition before it closes its doors for a revamp later this year.

Cerita: Reflect On The Past And Reimagine The Future 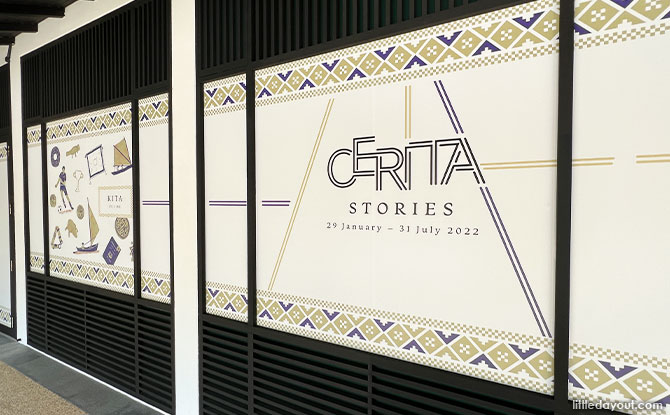 The Malay Heritage Centre’s many exhibitions, festivals and programmes are anchored in and driven by an unwavering belief in the importance of ‘sharing stories’, offering new perspectives and connecting communities. The Cerita special exhibition calls upon its visitors to reflect on the past and reimagine a new future together.

The exhibition also complements the Centre’s annual Malay CultureFest, which will feature an assortment of performances, workshops and forums held both onsite and online.

Featuring new artefacts alongside highlights of past exhibitions hosted by the Malay Heritage Centre over the years, visitors to Cerita can enjoy two curated galleries: Kita (Gallery 1) and Me-reka (Gallery 2), both of which aim to inspire new insights and perspectives on Malay culture and heritage. 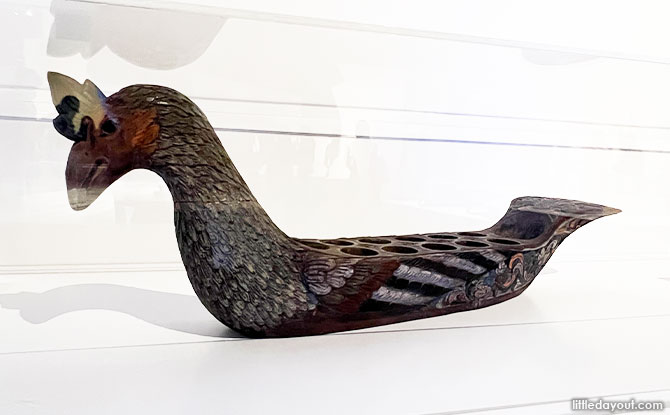 The special exhibition will showcase over 80 exhibits, including artefacts from the National Collection, as well as loans from international institutions and various community contributors. 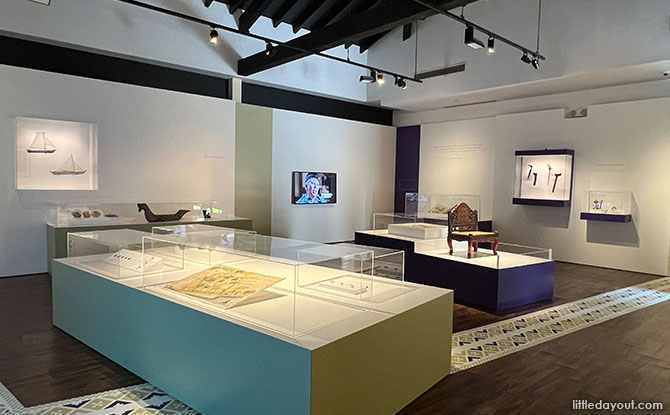 The Kita gallery, meaning “us” in Malay, focuses on the local Malay community and highlights the everyday life, customs and traditions of the Malays. 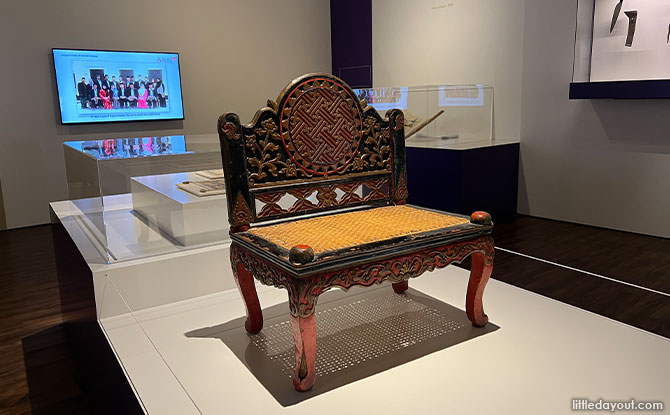 Highlights of the artefacts on display in Kita include an intricate ceremonial circumcision chair from the early 1900s that was used in Berkhatan ceremonies conducted by the Malay nobility in Yogyakarta; a hand-drawn map of the Kampong Gelam precinct based on artist Latiff Mohidin’s childhood memories in Singapore; and an early to mid-20th century Congkak set which serves as the vessel for the popular game played throughout the Malay Archipelago in the 1970s. 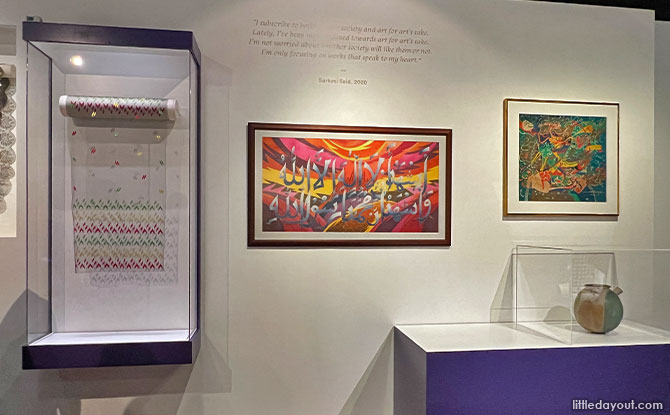 The second gallery, Me-reka, meaning “crafting” in Malay, will spotlight the craft traditions that exist within the diverse cultural influences of the Nusantara. There are various artefacts that showcase unique craft traditions such as writing and textiles of the Malay world. 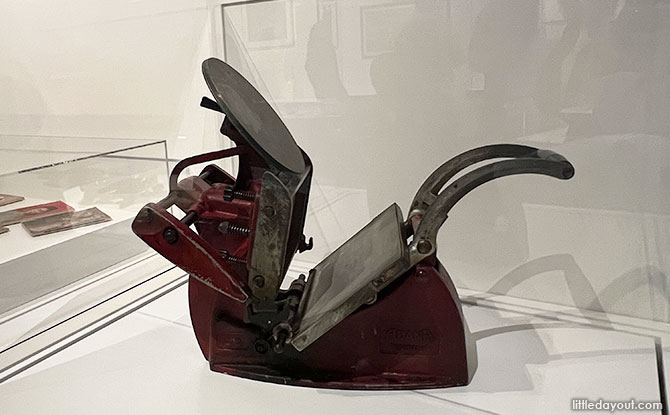 Some highlights that visitors can look out for include the Adana manual printer which birthed a new era in Singapore’s publishing industry in the 1950s and a Garuda costume for the Tari Golek Menak (dance of the rod puppet), a classical Yogyakartan dance. 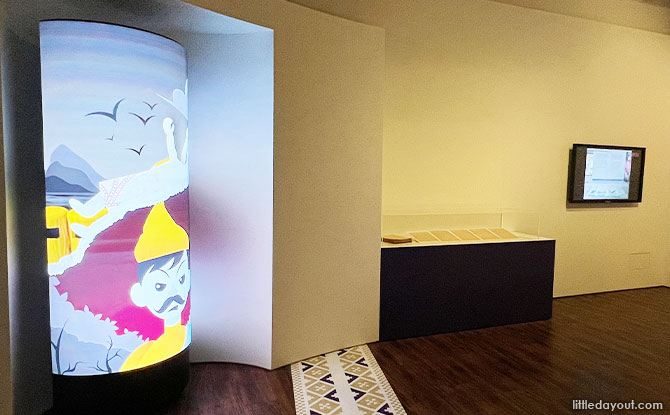 Visitors can also view 10 digital animation videos based on the classical Malay folklore of The Attack of the Garfish by students and lecturers from the Nanyang Polytechnic School of Design & Media.

Operation “What is NekNek’s Occupation” 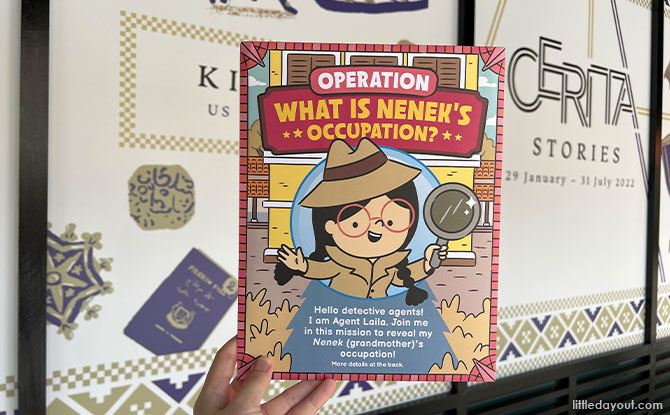 Families who visit this interesting exhibition with their kids can also claim a free activity envelope consisting of mission cards with riddles that will bring participants to five artefacts around the “Cerita” exhibition. Named Operation “What is NekNek’s Occupation”, participants will follow Agent Lalia in a mission to reveal her grandmother’s occupation. This activity envelope is available in English and Malay translations.

A contemporary take on “Cerita” 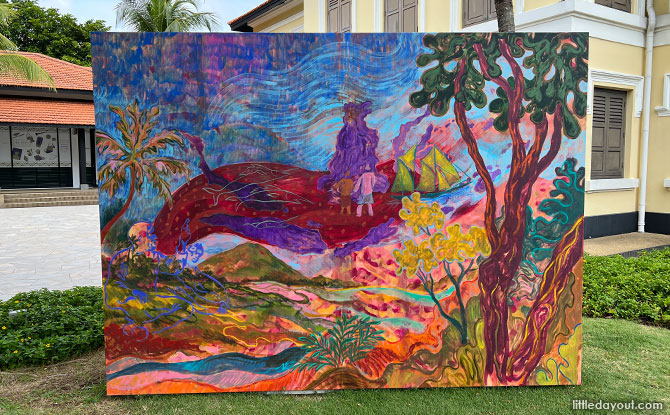 As part of the exhibition, the Malay Heritage Centre has also commissioned an art piece by artist Khairulddin Wahab. This painting depicts a contemporary take on the exhibition and features key elements presents in the two galleries such as garfish, sultans and landscapes.

The Night Is Young: Take Part In Over 100 Events At The First Night-Themed Children’s Season