Home Interviews Behind The Scenes: Dressing Up The Little Red Hen and Friends 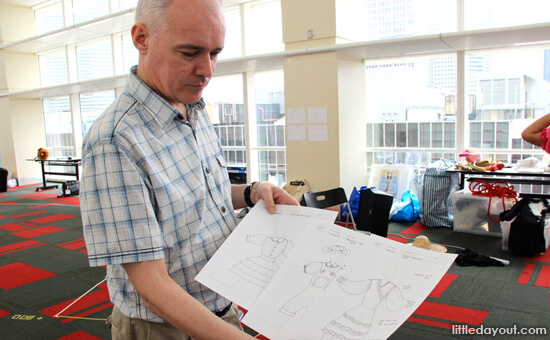 “You have to suggest the character, not define the character,” says Brian Seward, Artistic Director of I Theatre, as he describes the role of costumes in the lead-up to their stage production of The Little Red Hen.

In this first part in our “Behind The Scenes” series, Little Day Out collaborates with I Theatre to explore more about costumes, one of the many aspects that makes up a theatre production.

Where Do Costumes for Actors Come From?

Most people do not realise the amount of thought and work that goes into an actor’s costume. Unlike a Halloween costume, one cannot walk into a shop and pick it up off a rack.

Instead, each costume is handmade and custom-fitted for the actors. When all the hard work is done, the costumes help accentuate the actors’ performances and bring the characters to life for the audience.

Brian, who also plays the role of Costume Designer for I Theatre’s The Little Red Hen production, gave Little Day Out an inside look into what is needed to create costumes for the theatre.

All costumes start with an idea that gets put down on paper. Ideas can come from anywhere – whether from the context of the story itself or from the affairs of the day.

In the case of The Little Red Hen 2013, part of the inspiration came from the publicity posters which had been previously developed for the 2008 and 2009 sell-out runs of the show. The posters have a 1930s theme as can be seen from the Cat’s zoot suits and Mouse’s Gatsby cap. 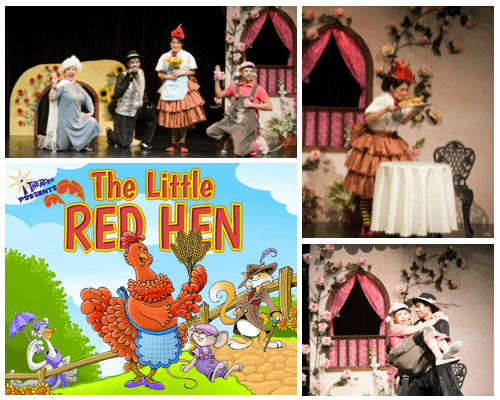 Ideas are then translated into a series of sketches which the Costume Designer uses to communicate with the Costume Maker. 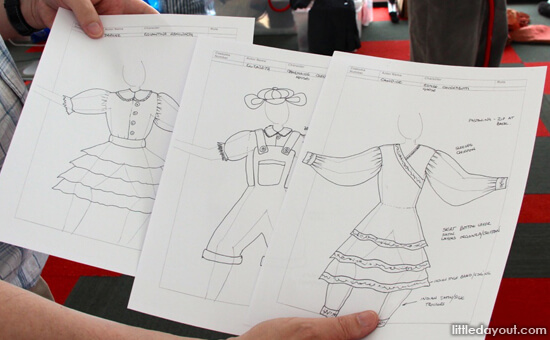 Textiles and materials need to be selected. For The Little Red Hen, bright and strong colours are chosen to bring the children’s story to life.

There is also a practical reason for this choice as strong colours stand up better under bright stage lights. Textured fabrics are also favoured over plain fabrics to bring greater visual depth to the characters. 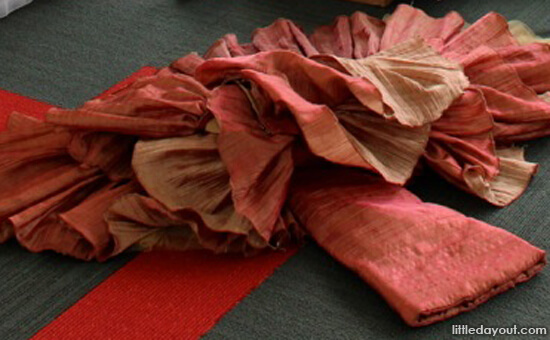 Sourcing for materials means paying a visit to the shops. This allows the Costume Designer to examine and even touch the fabric before deciding on the right one to use.

Brian had to raid Arab Street to find materials such as chiffon and organza for the costumes. Since the Goose’s costume has an Indian influence to it, he even visited Indian textile shops to buy gold trimmings normally found on saris. 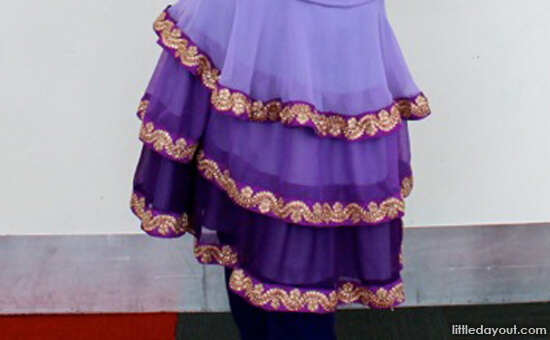 While most of what was needed can be found in Singapore, some materials that were harder to find locally had to be sourced from overseas. For example, the Cat’s fur around the jacket had to be shipped from the United Kingdom.

Assembling the costume is the job of the Costume Maker. With only two or three costume makers in Singapore, theatre work and events such as the Singapore Youth Festival performances keep them busy throughout the year.

Joanne Ng, the Costume Maker for The Little Red Hen, works closely with the Costume Designer to make sure the costumes reflect his vision. 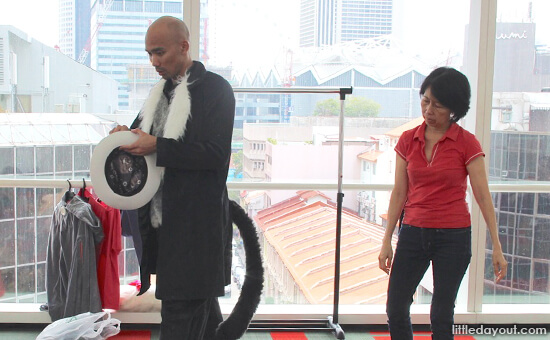 In addition to handling the aesthetic considerations of the costumes, Joanne’s job is also to ensure the costumes are made strong enough to withstand the wear and tear of over 30 performances and rehearsals.

No costume is complete without the right accessory. This means choosing the right hat for the Little Red Hen, or making sure that swanky Cat has his walking stick. 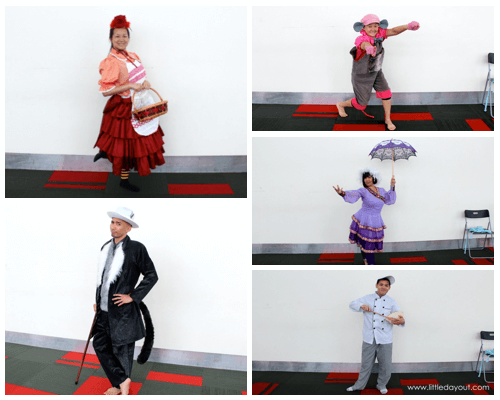 Ready for The Little Red Hen

Amazingly, the entire process from conceptualisation of the costumes to having them ready-to-wear can be done in as short as three weeks. Once complete, the actors are dressed for the stage and ready to bring you the charming story of The Little Red Hen.