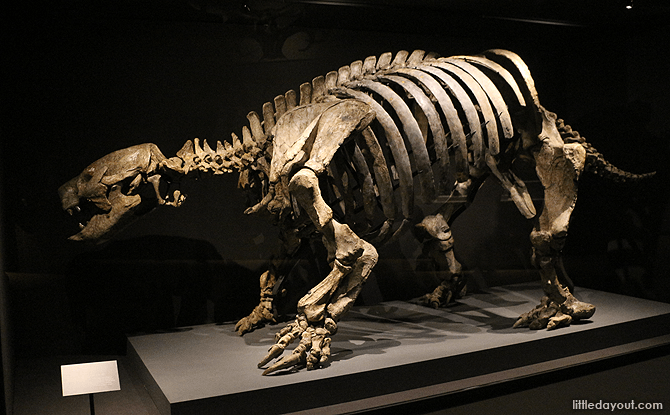 Explore a vault of Treasures of the Natural World at ArtScience Museum where a star collection from London’s Natural History Museums is on display from 25 November 2017 to 29 April 2018.

The exhibition features more than 200 items that include animals and insects, books and artefacts from London’s Natural History Museum. It is divided into five sections that begin by delving into the origins of the Natural History Museum before proceeding to examine its collections and then ending by looking at the museum’s forward-looking work.

Entering Treasures of the Natural World

Stepping inside Treasures of the Natural World, visitors are immediately greeted by artefacts around the room that provide a prelude of what is to come. 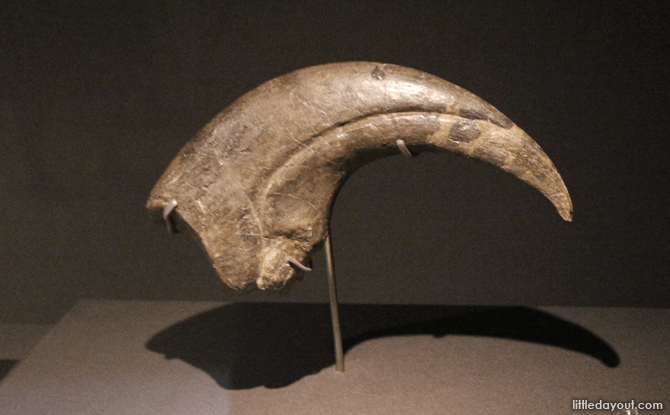 The following rooms trace the development of the Natural History Museum, which moved to a separate South Kensington address in 1881 and eventually legally separated from the British Museum in 1963.

The nucleus of Natural History Museum’s collection can be traced back to Sir Hans Sloane, an Irish doctor who left his personal collection to the British people when he died.

There is also cabinet of curiosities, inspired by Sir Hans Sloane’s collection, where visitor can explore tactile drawers, a sound box, light box and more.

Treasures of the Mind and Exploration

The next few galleries of Treasures of the Natural World provides visitors with a view of various specimens from the Natural History Museum.

There is a room dedicated to the work of Charles Darwin and his less well-known counterpart, Alfred Wallace.

Among the key exhibits in this gallery is a page from a hand-written page from On the Origin of Species by Charles Darwin and specimens that were collected by Wallace on his expedition to the Malay Archipelago.

There is also an interactive activity, “Where’s Wallace”, where visitors can search a wall picture for Wallace and other graphics inspired by his collection.

Next, visitors will also be able to view specimens collected by early scientific explorers such as Captain James Cook and Captain Robert Falcon Scott.

One of the key displays is an emperor penguin chick collected in 1902 by Robert Falcon Scott’s party in Antarctica. It is one of first three ever studied.

The penultimate gallery at Treasure of the Natural World looks at the impact of the environment (including man) on the natural world. 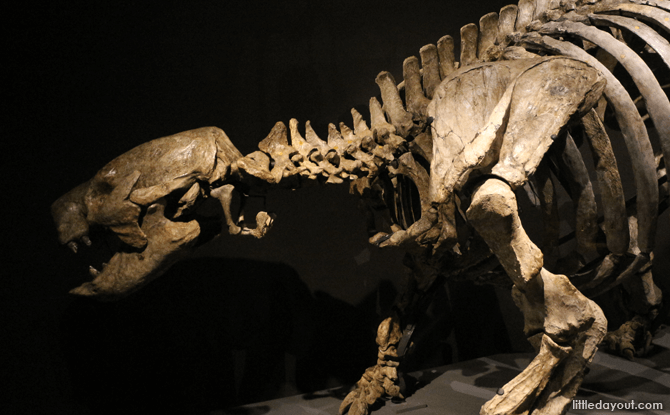 Key exhibits here include skeletons (not fossils) of sabre-toothed cats and giant sloths. Both of these animals faced extinction at the last ice age.

The gallery aims to remind visitors of nature’s fragility and includes more recent examples of extinction in the form of a Barbary lion skull (an animal which was hunted into extinction in the 1960s), a Tasmanian Tiger, and a model of the infamous Dodo.

The gallery has an interactive activity which raises awareness of the need for conservation by allowing visitors to “populate” a rainforest with their own papercraft tigers and orangutans.

Museum for a Modern World

The ArtScience Museum exhibition ends with a look at the current work which the Natural History Museum is doing.

Treasures of the Natural World at ArtScience Museum will be on display from 25 November 2017 to 29 April 2018. Admission fees apply.

Singapore Night Festival 2022: Rebirth At Bras Basah.Bugis From 19 To...