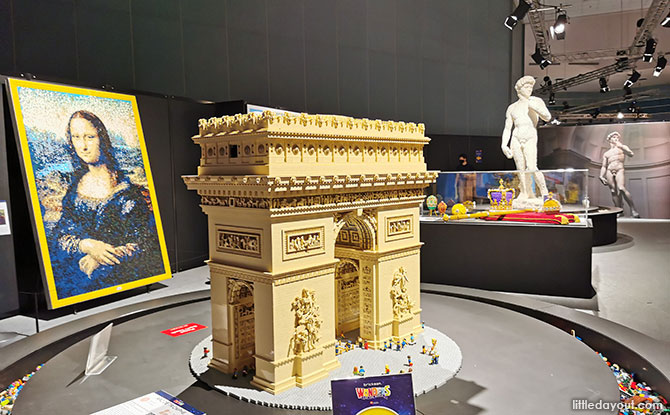 LEGO fans who have been waiting with bated breath – Brickman Wonders of the World LEGO Brick exhibition at Science Centre Singapore is now open! Built using over 1.4 million LEGO pieces, the LEGO exhibition at the Jurong attraction, organised by Apollo Entertainment Media, is set to wow visitors. 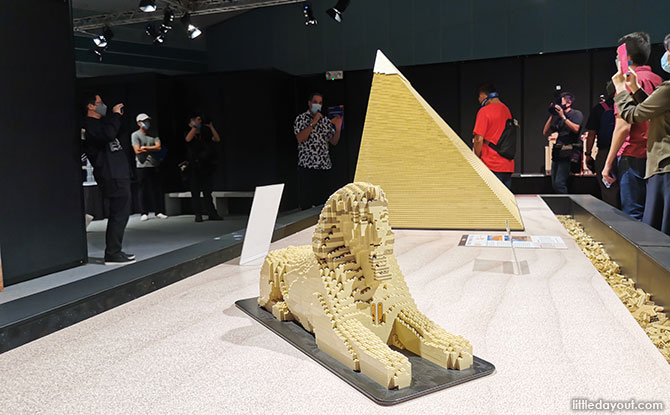 The LEGO exhibition is all about the wonders of the world – iconic monuments, inventions, amazing structures and symbols. Keep your eyes peeled and your jaws shut as you wander through the exhibition.

Brickman Wonders of the World LEGO Exhibition is put together by one of only 22 LEGO Certified Professionals in the World – Ryan McNaught and his team of six brick artists. Close to 5, 000 hours and the equivalent of 205 days were spent designing and building.

In conjunction with Science Centre Singapore’s 45th anniversary, Brickman Wonders of the World will be the first of many events and experiences at Science Centre.

We give you the lowdown on what you should keep an eye out for at the fascinating LEGO exhibition as well as the interesting titbits behind the exhibition.

Here are some tips as well as eight must-see exhibits and sensory activities that are perfect for the family!

Tips to Maximise Your Visit to LEGO Exhibition at Science Centre: Brickman Wonders of the World 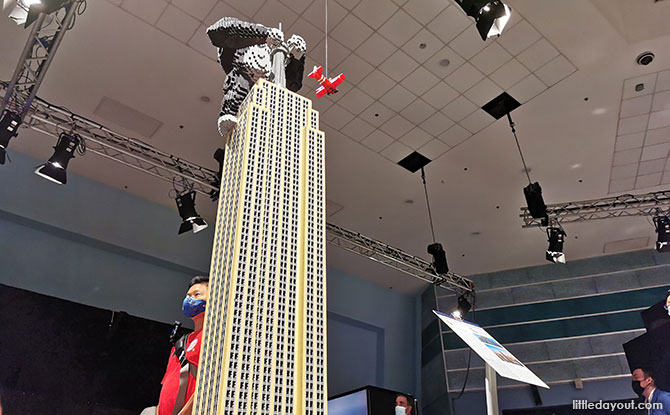 Firstly, there are a few zones in the exhibition. They are mainly based on continents namely Africa, Northern America, Europe and Asia.

While gawking at the models is welcome, do take time to read the accompanying descriptions of each model. It details how many bricks were used; how many hours spent on the model as well as importance details about the piece that the model was inspired by. It also includes designer notes by the team. 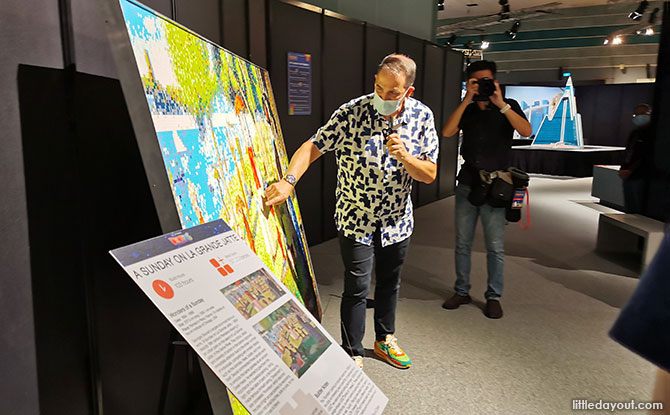 Look at each LEGO piece and its colour, as well as the type of LEGO brick used in the intricate construction of each model. The Leaning Tower of Pisa was especially tricky since the entire model had to be slanted at a specific angle. Check out the famous artpiece Sunday On La Grande Jatte, the brick artists had to use a specific LEGO brick called the “cheese slope” which comes in the widest range of colours, to imitate the style of Georges Seurat’s most famous piece.

See if your children can identify the models without looking at the descriptors! We loved looking at the Hanging Gardens of Babylon, Stonehenge, Great Pyramids, City of Troy, Golden Gate Bridge and Empire State Building (with King Kong) amongst other brilliant works.

It was tough selecting just seven highlights of the exhibition as each model was a marvel and works of precision and masterful craftsmanship. 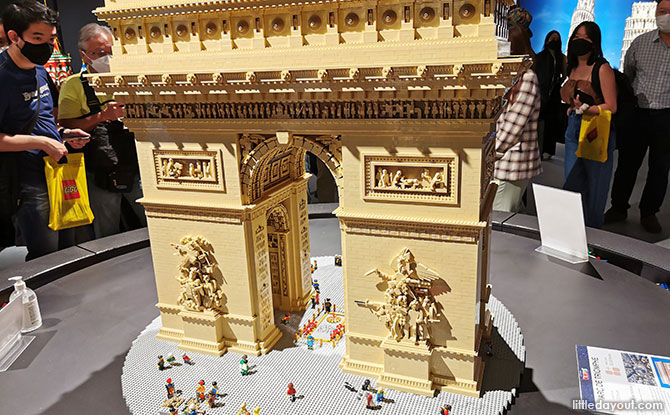 The centrepiece at the Europe section stood the grand Arc De Triomphe. Many might know it as one of the most famous monuments in Europe, commissioned upon Napoleon’s victory at Austerlitz. The brick artists paid very close attention to the details of this monument and even included some surprises.

Look very carefully to see which Star Wars characters have landed on this monument!

Children will also be able to build their own cars and structures to imitate the notorious traffic jams around the actual monument in Paris. 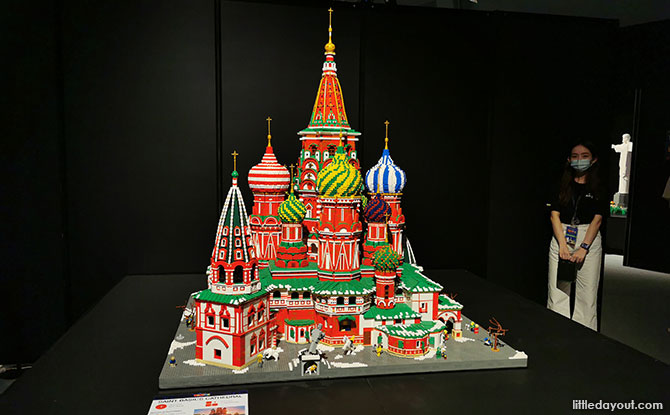 The model which saw the most challenge in building was St Basil the Blessed Church. Ryan Mcnaught shared that the domes were difficult to construct using LEGO bricks. The Brickman team was proud to have completed this masterpiece with its iconic nine colourful onion-shaped domes. Although the team could not replicate the terracotta shade exactly, they substituted it with red which made it look extremely stunning! The 320 hours put into building was worth it! 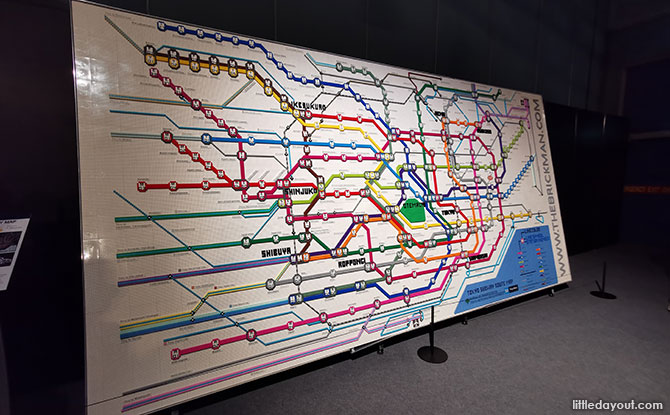 Anyone who has been on the Tokyo Metro would have agreed the really complex network was also an engineering wonder. The Tokyo Subway Map made up of LEGO bricks was particularly mesmerising, and also reminds us of why this is such a wonder to behold. 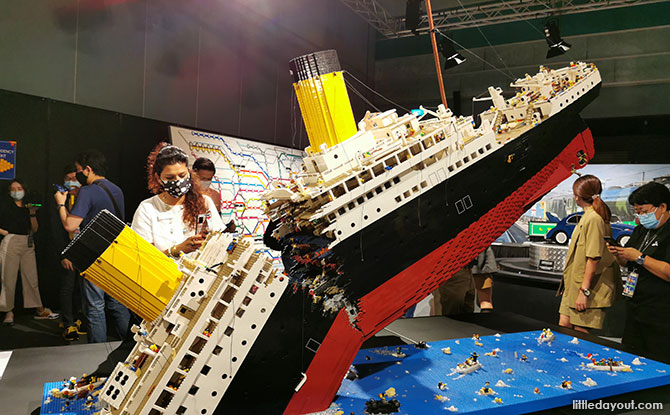 The huge sinking Titanic is the heaviest exhibit at 120kg! The catastrophic event might make one think about why it is one of the wonders, this was touted to be a significant ship that also changed the course of steamships and raised safety standards greatly.

Spot Jack and Rose in the ocean! Or the many other couples also struggling in the sea of love. 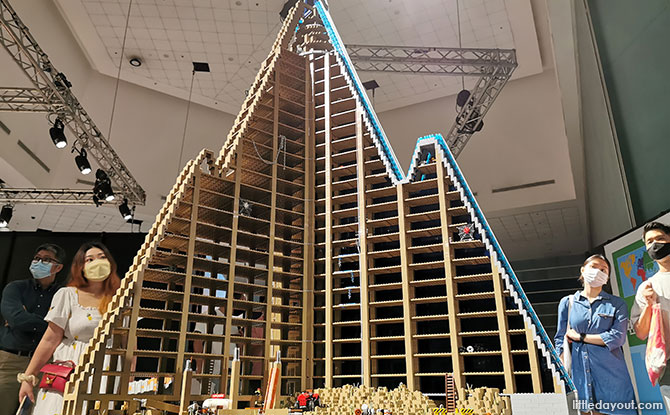 This was really a bizarre-looking model which has an even more bizarre story behind it. Ryugyong Hotel was an incomplete project that still stands in Pyong Yang since 1988. It was to rival South Korean-built Westin Stamford Hotel in Singapore. However, it never saw progress due to financial difficulties. It took up 5% of the GDP to build this hotel, which was supposed to have 5 revolving restaurants, casino, 3000 guest rooms.

Like other LEGO models, the front and the back of the models reveal a huge contrast especially for Ryugyong Hotel. The front featured a grand entrance flanked by smartly dressed minifigs and proudly raised flags of North Korea, the back however was largely empty and sadly a crumbling ruin which still stands. 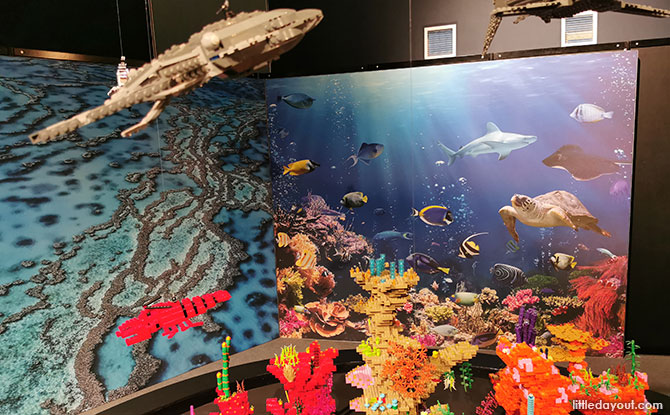 I love how the Great Barrier Reef was included as one of the models. This was a way to showcase the beauty of nature using plastic LEGO bricks. As ironic as that sounds, it was lovely to check out the brilliance of the colours in the form of corals, sponges, sea creatures. Spot the shark, seahorse and sea stars above the reef!

Builders are also invited to build their own marine animals to complement the model. This calls for more hours of fun!

7. Look for Eddie the Explorer 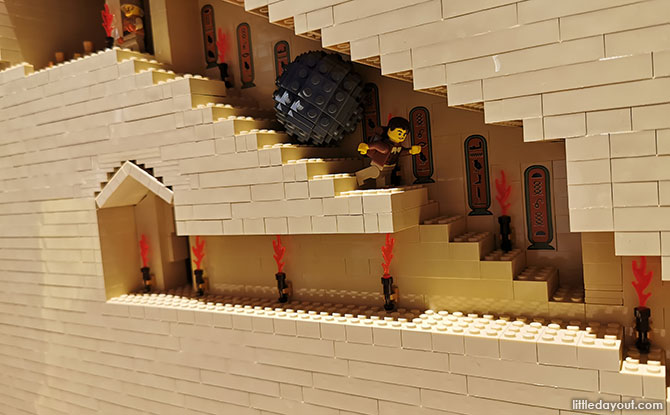 One highlight of Brickman Wonders of the World exhibition was the opportunity to look for Eddie the Explorer.

Try and look for a minifig with brown hair, a backpack and a smirk on his face exploring the wonders. Stand to win a prize if you can count the correct number that is hidden in the models. Do look hard and look into the crevices, include the back of the models! We had a ton of fun trying to find Eddie! 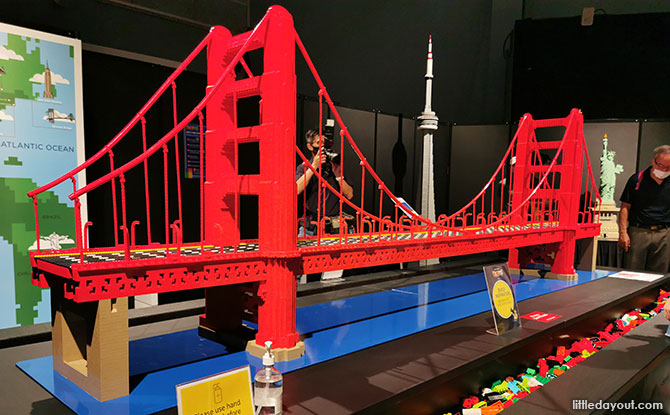 Children will certainly have their hands full at the exhibition. There are plenty of master builder zones including around models like Golden Gate Bridge, Arc De Triomphe, Great Barrier Reef, VW Beetle Car and one that invites people to make their own portraiture like Mona Lisa’s!

Builders will be so inspired to build upon seeing the huge LEGO models! 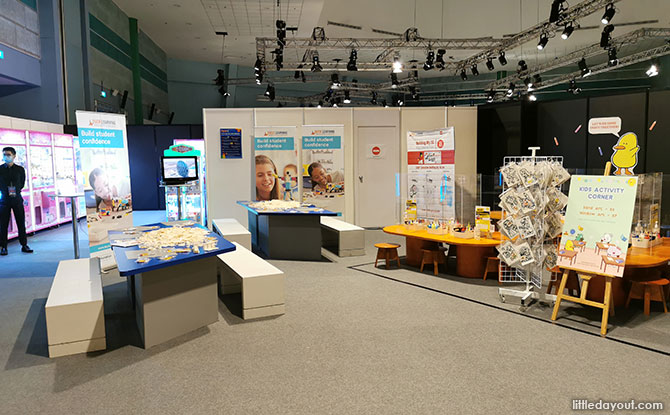 Apart from enjoying the exhibition, visitors can also attend free workshops on selected Saturdays at 10.30am to make Easter Egg 3D cards, Animal Deco. There are also activity stations with sand art and even stations run by DUCK learning on LEGO education through building a cityscape!

Brickman Wonders Of The World Exhibition 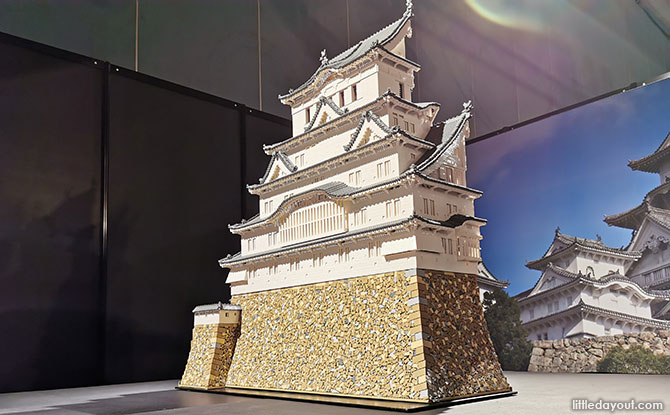