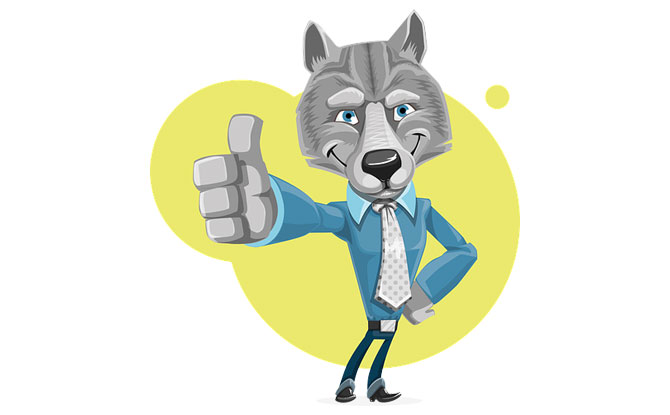 We’ve been warned about the big bad wolf, but in reality, wolves are incredibly intelligent and loyal to their back. Although they might not be the cuddliest animals around, there are a number of pretty great jokes that you can find about wolves. Here are some great jokes about wolves.

70+ Wolf Jokes To Howl About 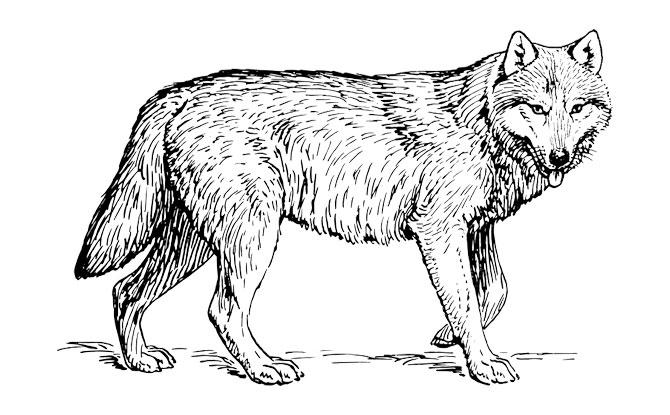 1. What did the wolf say to the friend who missed a day of school?
Howl are you?

3. What do werewolves read to their children before bed?
Hairy tails

5. Why don’t wolves make good dancers?
Because they have two left feet.

6. What happened to the wolf who fell into the washing machine?
It became a wash and wearwolf.

7. What do you call a wolf that’s aware of its surroundings?
Awarewolf

8. How do wolves eat?
They wolf it down!

9. what happens when you cross an owl and a wolf?
H-owl

10. Why was the wolf upset with the skeleton?
He had a bone to pick with him.

11. What do you get if you cross a wolf and a glove?
I don’t know but I wouldn’t shake hands with it!

12. What’s the singular form of ‘werewolves’?
I am a wolf

14. What do you call a wolf that uses bad language?
A swearwolf

15. Why did the wolf cross the road?
Because she was chasing the chicken!

16. What do you call a house that turns into a wolf during a full moon?
A warehouse.

17. What happened when the wolf went to the flea circus?
He stole the show.

18. How did the tiny Scottish dog feel when he saw a wolf?
Terrier-fied.

19. Why was the wolf named “Frost?”
Because Frost-bites.

20. Why did the poor wolf chase his tail?
He was trying to make ends meet.

21. What happened when the wolf swallowed a clock?
He got ticks.

22. How are a wolf and a marine biologist similar?
One wags a tail while the other tags a whale.

23. What was the wolf’s favourite musical band?
Meatloaf.

24. What do you do if a wolf eats your food?
Find more food.

25. What do you call a wolf with Stockholm Syndrome?
A Dog.

26. Why did the wolf cross the road again?
It was the chicken’s day off!

27. What happens when you cross a wolf with a sheep?
You have to get a new sheep.

28. What do wolves do at midnight parties?
They have a howling good time!

29. How does a wolf eat ice cream?
With its mouth.

30. What did the wolf say when he sat on sandpaper?
Ruff.

31. What did the wolf say when someone stepped on his foot?
Aoooooowwwwwwwww!

33. Did you hear about the cow that cried wolf?
Fake Moos

36. What time is it when a wolf sees your dinner?
Time to get a new dinner.

37. What’s more amazing than a talking wolf?
A spelling bee.

38. What was the wolf in the butcher’s shop arrested for?
Chop-lifting.

39. What do you call a very politically correct left leaning wolf in 2020?
A woke wolf.

41. What kind of car do wolves drive?
A Wolfswagen.

43. What’s a wolf’s favourite fruit?
A PACK of apples!

44. What did the waiter say to the wolf?
Bone-appetit!

45. What did the wolf say to the flea?
Stop bugging me.

47. How do you make a wolf stew?
Keep him waiting.

48. What type of markets do wolves avoid?
Flea markets.

49. Why are wolves like cards?
They come in packs.

50. Where do wolves sit?
Anywhere they want to.

51. What does a wolf receptionist say?
Howl may I help you?

53. What do you call a wolf with a carrot in each ear?
Anything you want as he can’t hear you!

54. Where do American wolves live?
Hairizona

55. Why can’t you see a Wolf hiding in a tree?
Because she’s really good at it.

56. What did the grape say when the wolf stood on it?
Nothing, it just let out a little wine!

57. Why didn’t the chicken cross the road?
Because there was a wolf waiting for him on the other side.

58. Why did the boy cry wolf?
To get a Howling experience.

59. Where do werewolves store their things?
In a were-house

60. What did the Big Bad Wolf do after his workout?
He huffed and he puffed.

Funny Jokes About Wolves To Laugh About 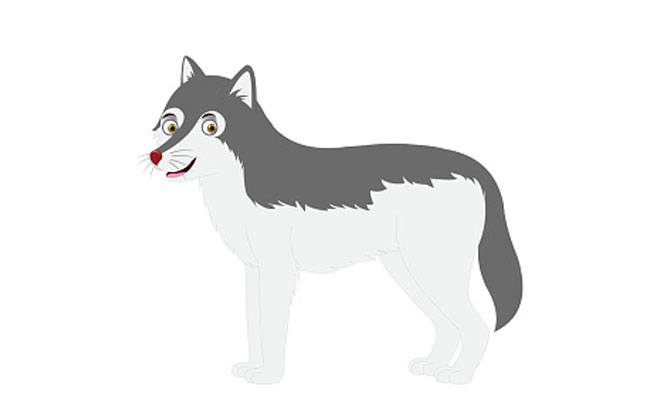 Ever seen a wolf laugh? It might be because they heard some really great jokes, like these. Here are some funny wolf jokes that you can laugh about with family and friends. Careful, you might bring the house down!

61. A police officer sees a man driving around with a pickup truck full of wolf pups. He pulls the guy over and says: “You can’t drive around with wolf pups in this town! Take them to the zoo immediately.” The guy says “OK” and drives away. The next day, the officer sees the guy still driving around with the truck full of wolf pups, and they’re all wearing sunglasses. He pulls the guy over and demands: “I thought I told you to take these wolf pups to the zoo yesterday?” The guy replies: “I did. Today I’m taking them to the beach!”

62. A man in a movie theatre notices what looks like a wolf sitting next to him. “Are you a wolf?” asked the man, surprised. “Yes.” “What are you doing at the movies?” The wolf replied, “Well, I liked the book.”

64. I saw a stage production of “The Three Pigs” yesterday.
The pigs were pretty boaring, but the wolf really brought down the house.

65.A man and his pet wolf walk into a bar. After multiple shots, the bartender says: “Last call.” So, the man says, “One more for me… and one more for my wolf.” The bartender sets them up and they drink up. Suddenly, the wolf passes out on the ground. The man throws some money on the bar, puts on his coat and starts to leave. The bartender, yells: “Hey buddy, you can’t just leave that lyin’ there.” To which the man replies: “That’s not a lion, that’s a wolf.”

66. You’ve heard of “boy who cried wolf”, but what about “man who cried pig”? I heard the rest of the blind date was pretty awkward!

67. Little red riding hood is travelling through the forest on her way to grandma’s house when she sees a strange shadow behind a tree. Being the curious young girl she is, Little Red Riding Hood investigates only to find the wolf!

Red Riding Hood screams and runs away as fast as she can until she can’t run anymore. She continues on her way until she sees another strange shadow behind a boulder. She investigates behind the boulder only to find another wolf again!

She screams again and runs away and finds herself lost. She decides to spend the night in a nearby cave but as she enters she sees a wolf!

Wolf: “YES I am! Would you just leave me alone, I am trying to go to the toilet in peace!

911 [covering phone]: Jim, there’s a talking pig on the other line!

72. Two hunters are in the woods looking at a set of tracks.
“They’re wolf tracks,” says the first. “No way! Those are fox tracks!” exclaims the second. The two fought back and forth so loud they didn’t hear the train coming.

73. A fox, a wolf and a weasel all go to a restaurant.
The waitress comes over and asks what they want to drink.
“Water,” says the Fox,
“Coffee” growls the Wolf,
And “Pop!” goes the Weasel!