Home Lifestyle 70+ Cat Jokes That Are Purrfect For Some Laughs 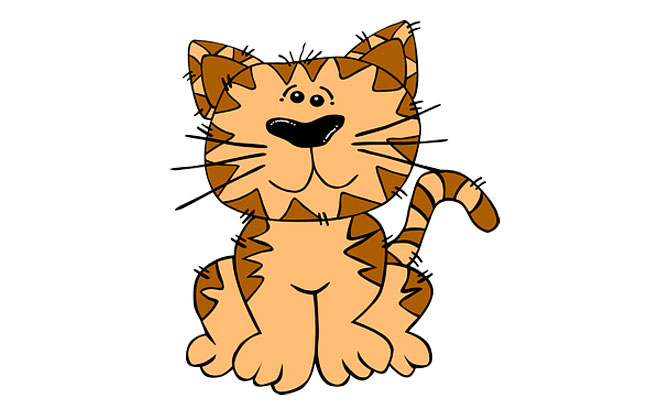 Feline a little down? We’ve got some jokes that might be able to help you to rid any grumpy mew-ds. Here are 70+ family-friendly cat jokes that you can share with the people around you! These are jokes that cat lovers are sure to enjoy.

70+ Cat Jokes That Are Pretty Paw-Some 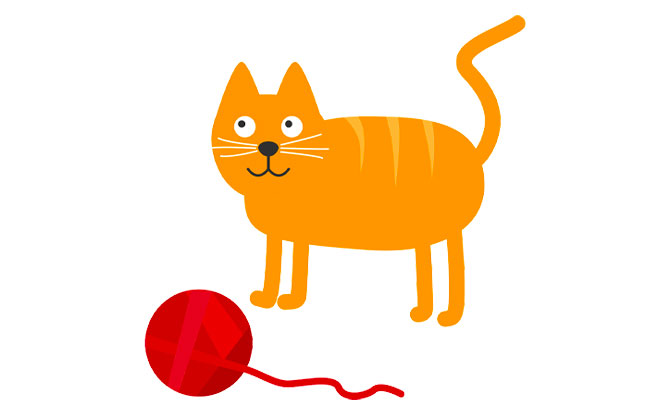 1. Why was the cat sitting on the computer?
To keep an eye on the mouse!

2. What is a cat’s favourite kitchen tool?
The “whisker”.

3. Have you ever seen a catfish?
No. Do they use rods or nets?

4. Did you hear about the cat who swallowed a ball of wool?
She had mittens.

6. If lights run on electricity and cars run on gas, what do cats run on?
Their paws.

7. Why don’t cats play poker in the jungle?
Too many cheetahs.

8. Who was the most powerful cat in China?
Chairman Miaow.

9. Why did the cat get pulled over by the police?
Because it littered.

10. Did you hear about the passenger who had to be escorted off the aeroplane?
She let the cat out of the bag.

12. What do you get when you cross a chick with an alley cat?
A peeping tom.

13. What did the cat say when it got scratched?
Meowch!

14. What did the cat say when he lost all his money?
I’m paw

15. What is smarter than a talking cat?
A spelling bee!

16. What did the cat say after hearing a funny joke?
Lmao.

17. Why did the kitty get an “A” on their English assignment?
They properly used an independent claws.

18. What is a cat’s way of keeping law and order?
Claw Enforcement.

19. What does the lion say to his friends before they go out hunting for food?
“Let us prey.”

20. Why did the cats ask for a drum set?
They wanted to make some mewsic!

21. What sports do cats play?
Hairball.

22. What’s a cat’s favorite button on the TV remote?
Paws.

23. Why do cats make terrible storytellers?
They only have one tail.

24. Why are cats better than babies?
Because you only have to change a litter box once a day.

25. When cats need to go to the airport, who do they call?
A tabby.

26. How do cats get over a fight?
They hiss and makeup.

27. What’s it called when all the treats are gone?
A cat-astrophe.

28. What made the cat upgrade her phone?
She wanted to finally get pawtrait mode.

29. How many cats can you put into an empty box?
Only one. After that, the box isn’t empty.

31. Did you hear about the cat who drank five bowls of water?
He set a new lap record.

33. What do you call it when a cat is super-stylish?
“Haute-cat-ture.”

34. What do cats look for in a significant other?
A great purrsonality.

36. Why are cats good at video games?
Because they have nine lives!

37. What did the mama cat say to the papa cat going grocery shopping?
Don’t fur-get to buy more catnip.

38. Why did the cat avoid eating lemons?
They made him a sour-puss.

40. What do cats call a big pile of laundry?
A meowtain to climb.

41. Why was the cat so small?
Because it only ate condensed milk!

42. When a cat doesn’t want to say goodbye, what do they say instead?
“See ya litter!”

43. Why do cats always get their way?
They are very purr-suasive!

44. Where does a cat go when it loses its tail?
The retail store!

46. Why did the cat have to go to an accountant?
They got caught up in a purramid scheme.

47. What did the mom cat say about her intuition?
“I just had a strong feline.”

48 What normally happens when kitties go on a first date?
They hiss.

51. Why was the teenage cat sent to his room?
He was in a bad meowd.

52. What happens when cats fall in love?
They get meow-ied.

53. How did the Cat know she was pregnant?
Her test was pawsitive.

54. Why do cats make horrible DJs?
They always paws the tunes.

55. Why are kittens actually excellent bosses?
They have great littership.

56. What colour do kittens love the most?
Purrple.

57. Why are cats bad at making decisions?
They become so purrplexed.

58. Where do cats enjoy spending a family day?
The mew-seum.

59. What was the kitten bowling league called?
“Alley Cats.”

60. Why are cats great singers?
Because they’re very mewsical!

61. What did the cats do when they realized they had a bad plan?
They decided to (cat)nip it in the bud.

62. What’s a cat’s favorite game to play with a mouse?
Catch!

63. What does the cat say after making a joke?
“Just kitten!”

64. What did one cat say while her friend was complaining?
“Tail me about it.”

65. What is a cat’s favorite dessert?
Chocolate mouse

66. Before a catfight, what is usually said?
“Hold my purrse.”

67. How did one cat break up with another?
She said, “We’re hisstory!”

Got time for a quick joke? Here are some funny cat jokes that are purrfect to tell a cat lover.

69. I saw a neighbour talking to her cat today, it was hilarious that she thought her cat could understand her. I went home and told my dog.

70. My cat told a joke today but I didn’t laugh.
She took it very purr-sonally.

71. Time to snuggle up with my furry friend in our paw-jamas!

73. Am I an obsessive cat person? That’s certainly a paw-sibility.

74. A policeman in the big city stops a man in a car with a Siberian Lynx in the front seat. “What are you doing with that Siberian Lynx?” He exclaimed, “You should take it to the zoo.” The following week, the same policeman sees the same man with the cat again in the front seat, with both of them wearing sunglasses. The policeman pulls him over. “I thought you were going to take that cat to the zoo!” The man replied, “I did. We had such a good time we are going to the beach this weekend!”

75. A cat walks into a bar. The bartender says, “What’ll you have?” The cat says, “A shot of milk.” The bartender pours the cat his drink. Slowly, the cat pushes the shot off the bar…immediately demanding, “ANOTHER!!”