Home Lifestyle Humour 100 Sports Jokes To Knock Off Your Socks 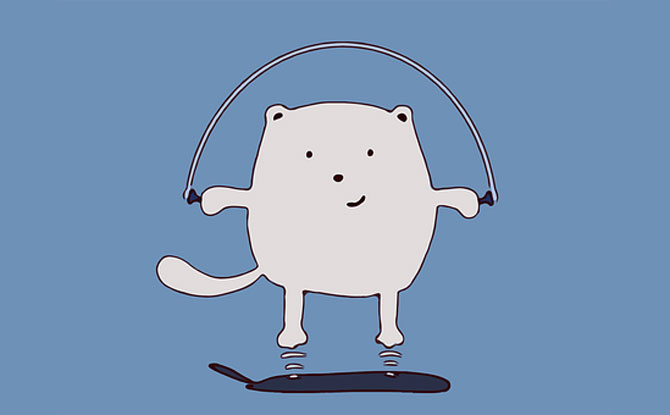 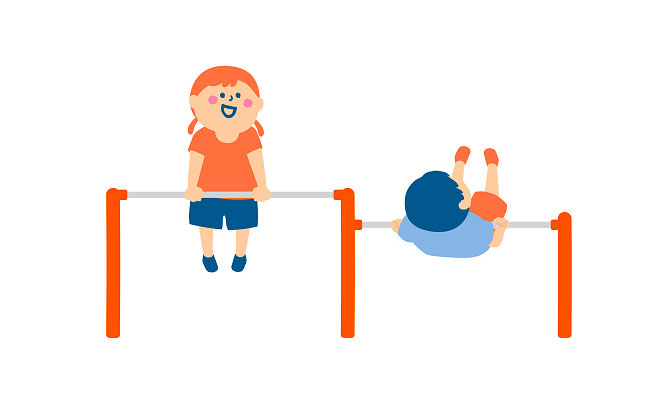 1. What goes all the way around the baseball field but never moves?
The fence.

3. Why is the Stadium the coolest place to be?
It’s full of fans

4. I kept wondering why the baseball was getting bigger.
Then it hit me.

5. What’s the difference between a pickpocket and an umpire?
One steals watches and one watches steals.

6. Why are baseball games at night?
The bats sleep during the day.

7. How do baseball players keep in touch?
They touch base every once in a while.

8. Why are hockey players so good at making friends?
They’re quick to break the ice.

9. What are the rules for zebra baseball?
Three stripes and you’re out.

10. What do you call a player that constantly misses slam dunks?
Alley Whoops.

11. How do hockey players kiss?
They pucker up.

12. What kind of tea do football players drink?
Penal-tea.

13. Why does a pitcher raise one leg when he throws the ball?
If he raises them both, he’d fall down.

14. Why couldn’t the defensive end pass any of his tests?
He was a tackling dummy.

15. Why was Cinderella bad in sports?
Her coach was a pumpkin and she ran away from the ball.

16. What do you get when you cross a running back and the Invisible Man?
Scoring like no one has ever seen.

17. Why don’t grasshoppers watch soccer?
They watch cricket, instead.

18. What happens when a dinosaur gets a goal?
A dino-score.

19. Why can’t you play soccer in the jungle?
There are too many cheetahs!

20. Did you hear about the referee that got fired from the NBA?
Supposedly he’s a whistleblower.

21. Why was the basketball court wet?
Because people were dribbling on it!

23. Why did the golfer wear two pairs of pants?
In case, he got a hole in one!

24. Why did the basketball player go to jail?
Because he shot the ball.

25. Why are some umpires chubby?
It’s their job to clean their plates.

26. What do football players wear for Halloween?
Face masks.

27. Why does someone who runs marathons make a good student?
Because education pays off in the long run!

28. What position do ghosts play in soccer?
Ghoulie.

29. There’s a way one can easily light up a soccer stadium. That’s with a soccer match.

30. What do you call a football play with long legs who builds houses?
A car-punter.

31. What position do ghosts play in soccer?
Ghoulie.

32. What do you call a French sports car?
A Baguetti

33. A man leaves home, makes three left turns, and is on his way back home when he notices two men in masks waiting for him.
They’re the catcher and umpire.

34. The soccer player that always keeps the field neat and tidy is the sweeper.

35. The difference between a bad playing soccer team and a tea bag is that the tea bag stays in a cup longer.

36. Hockey rinks are always rounded because if they were 90 degrees then the ice would melt.

37. Why did the football coach go to the bank?
To get his quarter back.

39. Why are frogs so good at basketball?
They always make jump shots.

40. All the waiters are really good at one particular sport. It’s tennis because they’re good at serving.

41. Tarzan used to spend a lot of time on a golf course. It’s because he wanted to perfect his swings.

42. I couldn’t remember at all how to throw boomerangs. But well eventually, it just came back to me.

43. How do lacrosse players deliver their messages?
They do it by Air Mail.

44. Which goalie has the ability to jump higher than any crossbar?
All of them do. Because crossbars can’t really jump.

45. I’ve decided to participate in a competition of stair climbing. I guess I’ll definitely have to step up my game.

46. Why did the soccer ball decide to quit the team?
Well, he became tired of getting kicked around.

47. Why did the fish refuse to play basketball?
He was afraid of the net.

48. Why are all the soccer players good at math?
Because they all know how to make use of their heads.

49. What’s a good name for fantasy show about basketball?
Hoopernatural.

50. Which fast-food chain has the most chance to win basketball tournaments?
The Dunkin’ Donuts.

51. If basketball players get athlete’s foot, then what do astronauts get?
They get missile toes.

52. What is the hardest part when it comes to skydiving?
The ground.

53. What would you call a boat that is full of well behaved and polite football players?
It’d be called a good sportsman ship.

54. A magician and a hockey player have one similarity.
It’s that they both can do hat tricks.

55. The boating store in our area was having a big sale the other day on canoes.
It was quite an oar deal.

56. What’s the similarity between a football team and scrambled eggs?
It’s that they both have been beaten.

57. Why is tennis a really loud sport?
It’s because the players raise quite a racket.

58. Golfer: “Do you think my game is improving?”
Caddy: “Yes sir, you miss the ball much closer now.”

59. What Can You Serve But Never Eat?
A volleyball!

60. What Kinds Of Stories Are Told By Basketball Players?
Tall tales!

61. Why Didn’t The Dog Want To Play Football?
It was a boxer.

62. Where Do Old Bowling Balls End Up?
In the gutter!

63. How Many Golfers Does It Take To Change A Lightbulb?
FORE!

64. Why Did The Chicken Get Sent Off?
For persistent fowl play!

65. Which Insect Didn’t Play Well At Quarterback?
The fumble-bee!

66. How Do Hens Encourage Their Baseball Teams?
They egg them on!

67. What does a bodybuilder do for cardio?
He lifts weights faster.

69. I got 99 problems because that’s how many muscles are sore.

71. What did the bowling pins do?
They went on strike.

72. Why should a bowling alley be quiet?
So you can hear a pin drop!

73. Where do football players go shopping in the offseason?
The tackle shop.

74. Where do cheating gymnasts go? Behind parallel bars!

75. What do a dentist and a gymnastics coach have in common? They both use drills!

76. How do you know when you’ve married a running enthusiast?
When you have more running clothes than regular clothes in your laundry pile.

77. Why do dogs run in circles?
Because its hard to run in squares!

79. What kind of running shoes are made from banana skins?
Slippers. 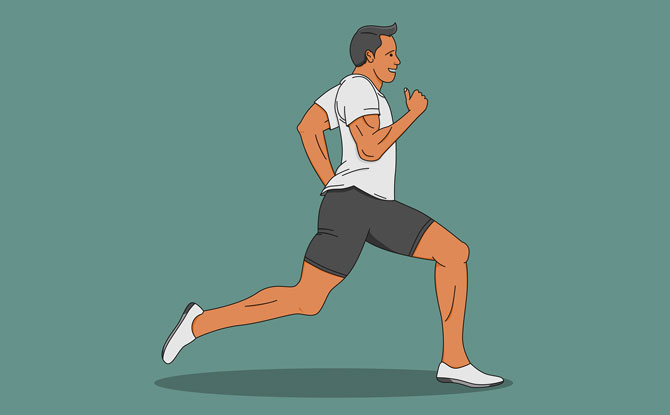 80. What do you call a free treadmill?
Outside.

83. Why shouldn’t you tell jokes while ice skating?
Because the ice might crack up!

84 Did you hear the softball joke?
It will leave you in stitches.

85. What do you call the basketball play where you drink too much and then score?
Slam Drunk.

86 What do snowboarders do when they’re really talented?
GoPro.

87. What instrument does a snowboarder play?
Air Guitar.

88. What detergent do surfers use to wash their wet suit?
Tide!

89. How do people surfing say Hi to each other?
They Wave!

90. In which direction does a chicken swim?
Cluck-wise!

91. What race is never run?
A swimming race.

92. What is a polar bear’s favourite stroke?
Blubber-fly!

93. What’s the most romantic kind of yoga position a man can do?
Pro-pose.

94. Why do hamburgers go to the gym?
To get better buns.

96. What kind of exercises are best for a swimmer?
Pool-ups!

97. My volleyball opponent was not happy with my serve. He kept returning it.

98. Which animal is the best at lacrosse?
A score-pion.

99. What do you call a rapper playing field hockey?
Scoop Dogg.

100. What did the bumble bee striker say?
Hive scored!