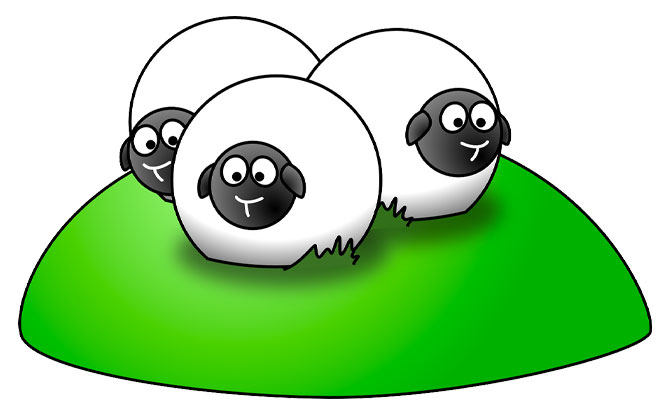 Looking for some of the funniest jokes about sheep? Here are a list of jokes, puns and one-liners about sheep that are wooly great! Read on to see our list of over 80+ sheep jokes. 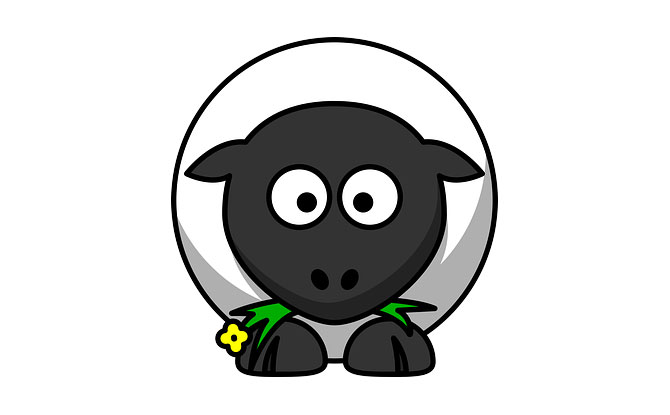 1. What do muddy sheep do?
Take a baaaaath

2. Where does the sheep get her haircut?
At the Baa-baa shop.

3. How do sheep feel about goats?
Meh.

4. What do you call a sheep thief?
Steel wool.

5. What do you get when you cross human DNA with sheep DNA?
Kicked off the farm.

6. Why do sheep not get covid?
They have herd immunity.

7. What do you get when you cross a sheep and a cow?
An animal in a baaaaaaaaaaad mooooooooood.

8. Why do all the sheep go to the bank?
To check their baalance.

9. How does a hunters find sheep in the tall grass?
Satisfying

11. What happens if you are surrounded by a flock of sheep!
You get lambushed

13. What do you call a flock of sheep tumbling down a hill?
A lambslide.

14. Where should you keep newborn lambs?
Inc-ewe-bators.

16. What do you get when you cross a sheep and a porcupine?
A spikey winter coat.

17. Why did the careless sheep get arrested?
For ramming into a police car.

18. Did you hear about the farmer who left her sheep out in the blizzard?
She had to take them to the Icy Ewe ward.

19. Why did the sheep not want to face his lover during the marriage?
He was feeling too sheepish.

20. What did the new trainee exclaim after shaving a sheep?
“That was shear madness!”

21. Which pop singer does sheep love the most?
Britney Shears.

23. Why did the sheep get banned from flying a plane?
Because he had a lambing problem.

25. What does a sheep say to his female lover?
“I’ll always be there for ewe.”

26. Where do sheep take bath?
In the baath tub.

27. Why are all sheep such bad drivers?
It’s because they keep making ewe turns.

28. What would you call a very old sheep?
Pasture Prime.

29. What do sheep wear for Christmas?
A sweater with fleece Navidad written on it.

30. Where do sheep go for their holidays?
The Baahamas.

31. What do sheep do when they hang out?
Baabaacue.

32. Where did the bad sheep get sent?
Behind baa-rs.

33. What would you call a sheep that likes to play fetch?
A sheepdog.

34. What exercise do sheep do every day to stay fit?
Zoombaa.

35. What is a sheep covered in chocolate known as?
A chocolate baa.

36. What instrument do sheep play?
A ewekulele.

37. How do you describe the act of someone shaving a sheep in 5 seconds?
Shear brilliance.

38. What do sheep dream of?
Humans jumping.

39. What would you call a sheep covered with licorice?
A candy baa.

40. Why did the sheep call the police?
He was fleeced.

41. What do sheep use to keep track of their wool?
Baa-codes.

42. What would you call a sheep that went to space?
A space sheep.

43. What do you call a silent sheep?
A Shhheep.

44. What do you call a sheep covered in concrete?
A baad situation.

45. How do ewes greet each other at Christmas?
They say: Merry Christmas to Ewe

46. What is a sheep with no legs and no head called?
A cloud.

47. What generally stays underwater and can often bleat?
A ewe-boat.

48. Where do sheep think they are from?
From another eweniverse.

49. Where do all the sheep go to shop for groceries and daily items?
The baazar.

50. What did the captain order the crew of sheep when the ship was sinking?
“Abandon sheep. ”

52. What did the sheep vice-principal ask the flock of sheep after the principal’s speech? Have you herd what he said?

54. Why did the shepherd dog not want to hear any more jokes about sheep from the shepherd?
He had herd them all.

55. What do you call a sheep that is religious?
A baaptist.

56. What do you call a sheep that is always disgusted?
An ewe.

57. What do you call a sheep that you doubt?
A dodgy ram.

58. Where do sheep watch videos online?
In ewetube.

59. How many sheep does it take to knit an entire sweater?
None – sheep can’t knit.

60. Why could the flock of sheep not solve the computer puzzle?
There is not enough ram.

63. Why did the sheep skip dinner?
He was in a baad mood.

64. In which continent do we find most sheep?
Ewerope

Funny Sheep And Lamb Jokes To Make you Laaaaugh 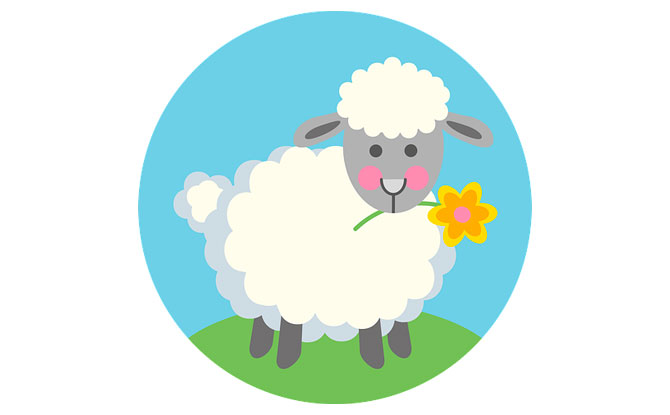 65. I just saw a car being driven by a sheep in a swimsuit
It was a Lamb Bikini

66. Two farmers are in a field trying to figure out which sheep belongs to one another.
“Stop me if you herd this one.”

67. What did the sheep scientist say when he discovered the density of wool?
Ewereka!

68. I couldn’t figure out why a male sheep is called a Ram…then it hit me.

69. A sheep and a goat went on a blind date and found out they had nothing in common.
When asked about their experience, the Sheep went: “Bah” and the Goat went “Meh”.

70. When you buy a sheep online…
Do you pay for a shipping fee?

71. One day a farmer notices his sheep have gotten out.
He puts them in another fence, and calls a guy to fix the other one. The guy arrives in an hour. The farmer shows him the fence and he gets to work. An hour later the farmer comes back and sees him removing the fence post.

He does some work and returns a couple of hours later. Again he is removing fence posts. This time three hours go by. The farmer sees the guy putting the posts back in. The farmer eats some lunch, and then gets back to work.

More hours pass, and he checks on the guy. The fence is halfway done by this point. The farmer sits on his porch and goes to sleep. A couple of hours later, the farmer is woken up. And is told to follow the guy

He shows the farmer that the fence is back up. And the farmer responds. It looks like there is a lot of reposting going on here.

72. I love jokes about sheep dogs. I won’t be satisfied until I’ve herd them all.

73. A retired boxer goes to see his doctor because he’s having trouble sleeping. “Have you tried counting sheep?” the doctor asks. “I tried,” the boxer explains, “but every time I get to the number nine I stand up.”

74. A mathematician is asked to build a fence around a flock of sheep using the least amount of materials possible. So he builds a fence around himself and then defines himself as outside.

75. Train passes a flock of sheep. The passenger says to his friend, “wonder how many sheep there are.”

His friend takes a quick gander, shrugs, and remarks, “Looks like 82.”

“Easy. I counted their legs and divided by 4.”

77. “I love my job!” exclaimed the farmer. “All you do is boss me around all day!” complained one of his sheep. “What did you say?” challenged the farmer. The sheep glared back and growled. “You herd me.”

79. A farmer asked his trusty sheepdog to go out and collect all the sheep and put them in the barn for the night. The loyal pup went and did just as he was asked.

He came back and told the farmer that all 100 sheep were safe in the barn.

Confused, the farmer said “But I only have 97 sheep.”

The pup says “I know, I rounded them up.”

80. Saw a sheep driving a car. Reckon it was a Lamb-orghini

81. I was viciously attacked by a flock of sheep. But there was nothing I could do to stop the bleating.