Home Learn 60+ Interesting Facts About Japan For Kids: Discover The Land Of The... 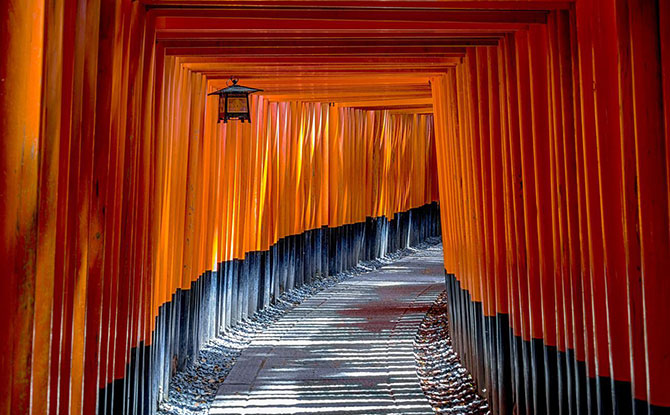 Japan is an island nation in the Pacific Ocean with a rich history and culture. From its feudal past to its modern, hi-tech present, Japan has much to offer visitors. That’s why you can discover plenty of interesting facts about Japan, some of which will not only fascinate but astound you.

The country of Japan is renowned for its traditional arts, such as calligraphy and origami, as well as its unique cuisine. Tokyo, Japan’s capital, is a bustling metropolis with a vibrant nightlife and many famous landmarks, such as the Imperial Palace and the Tokyo Skytree.

Let’s learn some interesting facts about Japan, its country and its people

2. The four largest islands in Japan are Honshu, Hokkaido, Kyushu, and Shikoku. 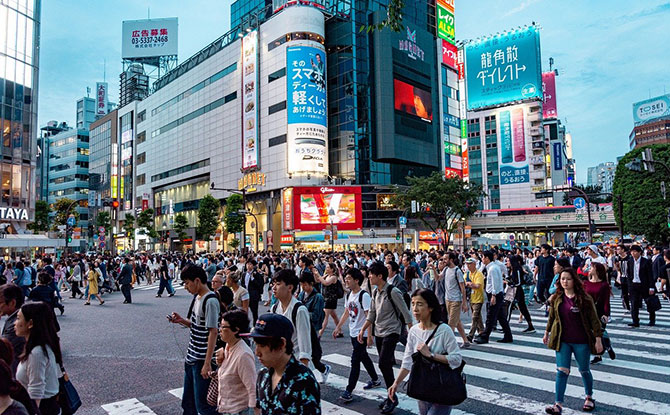 3. Tokyo is the capital of Japan and it is also the largest city in Japan.

5. Japanese currency is called the Yen.

6. Mount Fuji is the tallest mountain in Japan and it is a volcano that last erupted in 1707.

7. Rice is the staple food in Japan and it is eaten with almost every meal.

8. Japan is the world’s largest producer of robots.

9. The bullet train, or Shinkansen, is a high-speed train that can reach speeds of up to 320 kilometers per hour.

10. There are more than 50,000 Buddhist temples and Shinto shrines in Japan.

11. Cherry blossoms, or sakura, are very important in Japanese culture and there is even a time dedicated to them called hanami.

12. Samurai were a class of professional warriors in medieval Japan and they followed a code of honor called bushido which means “the way of the warrior”.

13. Ninjas were also professional warriors in medieval Japan but they were stealthy spies and assassins.

14. Origami is the traditional Japanese art of paper folding.

15. Sumo wrestling is a popular sport in Japan and it is also considered to be a form of martial arts.

16. Kabuki is a type of Japanese theater that is known for its elaborate costumes and makeup. 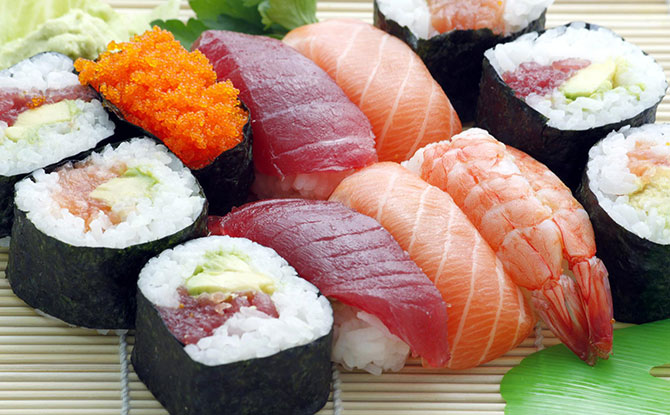 17. Sushi is a popular dish in Japan that is made with raw fish, rice, and seaweed.

18. Sake is a type of Japanese rice wine that is often served with sushi.

19. Green tea is the most popular beverage in Japan and it has many health benefits.

20. The Gion Matsuri festival is one of the most famous festivals in Japan and it is held every July in Kyoto.

21. Anime is a type of Japanese animation that is enjoyed by people all over the world.

22. Godzilla is a popular Japanese monster movie character that has been in many movies since 1954.

23. J-Pop is a type of popular music in Japan that is often influenced by Western culture.

24. Manga are Japanese comic books and they are very popular both inside and outside of Japan.

25. Karaoke is a popular pastime in Japan and there are even specially designed rooms where people can go to sing together.

26. The Hinamatsuri festival, or “Girl’s Day”, is held every March 3rd and it is a day to celebrate and pray for the health and happiness of girls.

27. The Boy’s Day festival, or “Tango no Sekku”, is held every May 5th and it is a day to celebrate boys and wish for their future success.

28. Japanese people usually have one given name and one surname but they can also have multiple given names or multiple surnames.

29. Japanese names are usually written in Kanji, which are Chinese characters that were introduced to Japan in the 5th century.

30. There are more than 130 million people living in Japan, making it the 10th most populous country in the world. 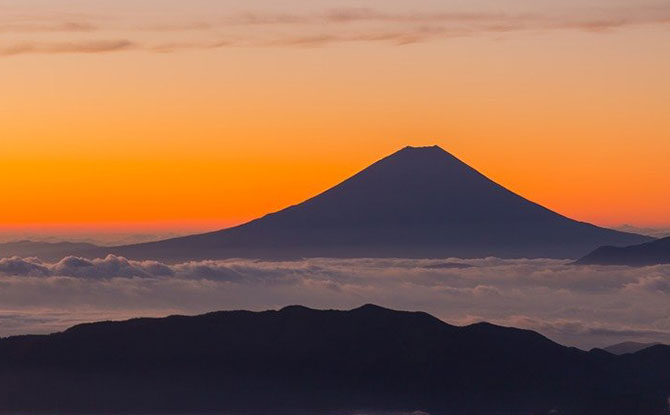 Visitors can explore Japan’s natural beauty, including its mountains, forests and beaches. There are also many ancient temples and shrines to discover, such as Nikko Toshogu Shrine and the Great Buddha of Kamakura.

With so much to see and do, it’s no wonder that Japan is one of the most popular tourist destinations in the world.

31. Japanese is the official language of Japan and it is spoken by almost the entire population.

32. The first recorded use of the word “Japan” was in the 3rd century when Chinese explorers came to the island country.

33. The name “Japan” comes from the Chinese characters for “sun” and “origin”, which can be read as “Nippon” or “Nihon” in Japanese.

34. The flag of Japan is called the “Hinomaru” and it is a red circle on a white background.

35. The national anthem of Japan is called Kimigayo, which means “The Emperor’s Reign”.

36. The Emperor of Japan is the head of state but he does not have any political power.

37. The Prime Minister of Japan is the head of government and he is the one who actually runs the country.

38. The Parliament of Japan, or “Diet”, is the country’s law-making body and it consists of the House of Representatives and the House of Councillors.

39. The legal system in Japan is based on civil law and it is influenced by both French and German law.

40. Japanese people are known for their polite and formal mannerisms, such as bowing instead of shaking hands when greeting someone.

41. The Japanese language has many different levels of politeness and formality that are used in different situations.

42. Onsen are natural hot springs that can be found all over Japan and they are often used for relaxation and therapy.

43. Sento are public baths that were traditionally used for washing clothes but they now also serve as a place to relax and socialize. 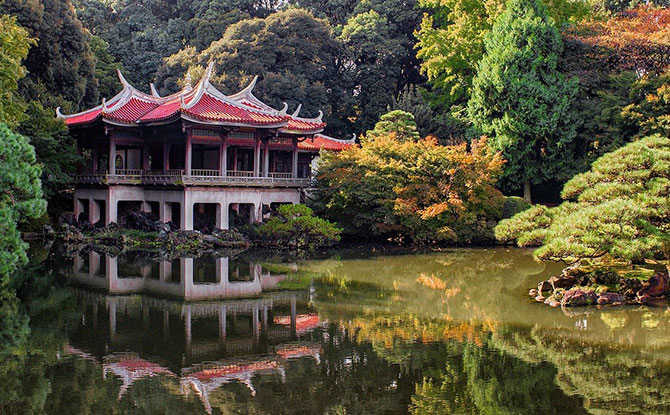 45. Japan is one of the most popular tourist destinations in the world and it welcomed more than 24 million foreign visitors in 2015.

46. Mount Fuji is the tallest mountain in Japan and it is a popular spot for climbing and hiking.

47. Tokyo, which is the capital of Japan, is the largest city in the world with a population of more than 37 million people.

48. Osaka is another major city in Japan and it is known for its food and lively nightlife scene.

49. The Bullet Train, or “Shinkansen”, is a high-speed train that connects different cities in Japan and it can reach speeds of up to 320 km/h (200 mph).

50. The Toyota Motor Corporation is the largest automobile manufacturer in the world and it is based in Japan.

51. Sony, Panasonic, and Sharp are all Japanese companies that are known for their electronics and appliances.

52. Nintendo is a Japanese company that is best known for its video game consoles, such as the Wii and the Nintendo DS.

53. Anime is a type of animation that originates from Japan and it is enjoyed by people of all ages around the world.

54. Manga or Japanese comic books are often adapted into anime series or movies.

55. Sumo wrestling is a traditional sport in Japan that dates back to the 8th century.

56. Baseball was introduced to Japan by an American teacher in 1872 and it has since become one of the most popular sports in the country.

58. The martial art of Judo was created by Jigoro Kano in 1882 and it is now an Olympic sport.

59. Karate is another popular martial art that originated in Japan and it can be practiced by people of all ages.

60. The samurai were a class of warrior in feudal Japan who were known for their skills in battle and their code of honour.

62. Kabuki is a form of Japanese theatre that is known for its elaborate costumes and makeup.

63. Sushi is a type of Japanese cuisine that consists of cooked rice that is vinegar-flavored and it is often served with raw fish or vegetables.

64. Tempura is another popular dish in Japan that consists of deep-fried meats or vegetables.

65. Miso soup is a traditional soup made with miso paste, tofu, and seaweed. It is often served as part of a Japanese meal.

66. Green tea is the national beverage of Japan and it has many health benefits.

67. Sake is a type of alcohol that is made from fermented rice and it is a popular drink in Japan.

We hope you have enjoyed learning about Japan and its culture. Do you hope to visit the country some day too?