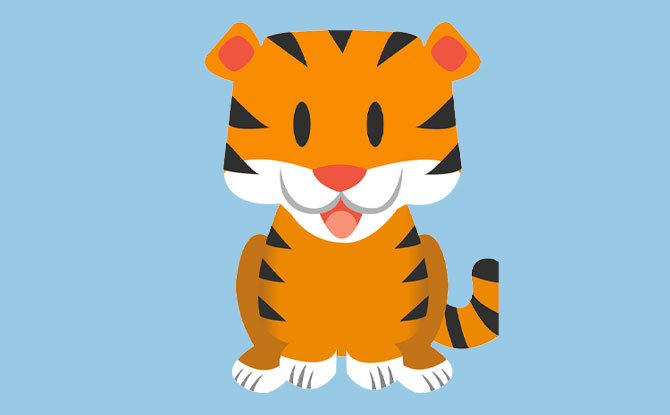 Tigers are a part of the cat family and if you’re interested in some family friendly tiger jokes for kids or some hilarious puns about tigers, the following list is an assorted set of puns and jokes.

50+ Tiger Jokes To Make You Laugh 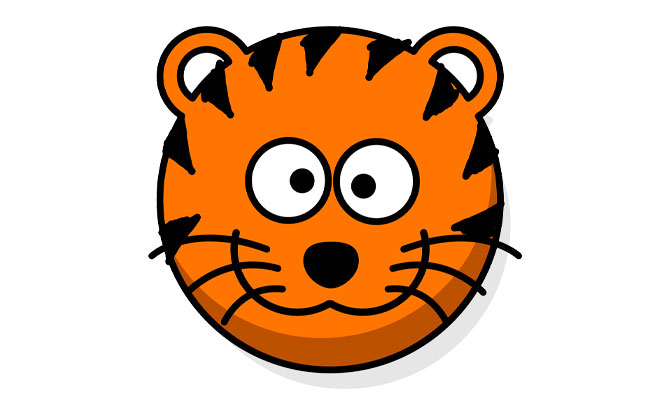 2. What did the zoologist and the herbalist name their child?
Tiger Woods.

3. Why was the big white tiger angry with his other Siberian tiger friend?
Because he bleached him while grooming.

4. What’s striped and bouncy?
A tiger on a pogo stick!

5. People always talk about the ‘Eye Of The Tiger’. No one talks about the other four letters.

6. A tiger lost a storytelling competition recently as he has only got one tail.

7. What can you call a Christmas tiger that loves to dig in the desert?
Sandy Claws.

8. It was reported that a tiger recently caused an explosion. They say it was a Royal Bang-al Tiger.

9. What’s a tiger running a copy machine called?
A copycat!

10. The tiger ran away from other tigers as they were rude to him. He didn’t want to be involved in a catfight.

11. How are tigers are like sergeants in the army?
They both wear stripes!

12. How do tigers describe themselves?
Purr-fect!

13. What do you get if you cross a tiger with a mammoth’s tusk?
A sabre-toothed tiger.

14. Where does a tiger sleep?
Anywhere he wants to!

15. A zoo owner introduced his tiger to the visitors by saying “this is the most paw-some tiger at the zoo”.

16. A fight between tiger and lion broke out. Both of them wanted to become the next empe-roar of the jungle.

17. What do you get if you cross a tiger with a sheep?
A stripey sweater!

18. The big cat was known around town to wear a lot of funky ties. Everyone called him the tie-ger.

19. What flies around your light at night and can bite off your head?
A tiger moth!

20. What happened when the tiger ate the comedian?
He felt funny!

21. What is the fiercest flower in the garden?
A tiger lily!

22. Tigers are bad at basketball because they have only four feet.

23. Why does a tiger make such a good partner?
Because its not a cheetah.

24. What does the tiger say to his friends before they go out hunting for food?
Let us prey.

25. Why does Tigger have to take so many baths?
Because he plays with Pooh all day.

Then God said, You must name the sea animals, too

27. What will you get if you cross an ice bear and a running tiger?
Frostbite.

28. What do you call a tiger who always gets the same grades as one other person?
A tie-ger.

29. What side of a tiger has the most stripes?
The outside.

30. Why did the tiger visit the eye specialist after dropping a can of red paint on himself?
He saw red.

31. My grandfather had the heart of a tiger…
And a lifetime ban at the zoo

32. Man: Sensei, I’ve been training for years, and I’m not getting any stronger. What’s going on?

Sensei: Have you seen the flock of cranes fly over the old mountain at sunrise?

Sensei: Have you seen the great lightning storms crack the sky before making way for a rainbow?

Sensei: Have you seen the fabled tiger as it hunts prey in the forest, quicker than the eye can see?

Sensei: That’s the problem. You keep watching instead of practicing!

33. What is one of the big tiger’s most favorite hangout places?
A shopping maul.

34. Why did Tigger look in the toilet?
He was looking for pooh.

35. Why don’t tigers like fast food?
Because they can’t catch it!

36. A man was looking for work. In fact, he was desperate. He heard the circus was in town and so he went and asked the ringmaster if there was a job for him. The ringmaster said, “We’re lucky you showed up! Our tiger just died and he was a big part of the show. What we need you to do is put on this tiger costume and pretend to be a real tiger. Nobody will know the difference.” So the man put on the tiger costume, and he had to admit, it was a very realistic costume. Soon the show started, and the time came for the tiger act. The man, eager to do a good job, lept out into the ring, snarling just like a real tiger. The crowd cheered. He did all the things the tiger was supposed to do: let the trainer stick his head in his mouth, balanced on a ball, and finally walked across a tightrope. The crowd loved it. But then a lion and a bear entered the ring. The ringmaster announced, “Now you will see these three ferocious beasts enter one cage together!” The man had no choice as he was herded into the cage with the lion and the bear. The two animals roared and snarled, and the man became afraid for his life. He began running around the cage, shouting, “Let me out! I’m not a real tiger! Help!” Then the lion grabbed him and said, “Shut up! Do you want us all to lose our jobs?”

37. Why do tigers always beat cheetahs at hide-and-seek?
They’ve never been spotted.

38. Why are Siberian tigers so happy at Christmas time?
Because it is snowy, and they get to look like white tigers.

39. What should someone do if they are stuck between a jaguar and a tiger?
Simple, just take the Jaguar and drive away from the tiger.

41. Who would win a game of hide and seek between a dalmatian and a tiger?
The tiger because he wouldn’t be spotted.

42. What is the only difference between a lion and a tiger?
The mane part is missing in a tiger.

43. What will you get if you cross a tiger and a watchdog?
A terrified watchman.

44. Why do tigers always hunt and eat their prey raw?
Because they don’t know how to cook it.

45. Why did the tiger eat the tightrope walker?
It wanted a balanced diet.

46. A dad was in the zoo with their 7-year-old son
As they walked by the tiger enclosure, he told him how dangerous it is.
He asked, “Dad, if the tiger were to get out and eat you…”
Preparing to comfort him, he waited patiently.
“Which bus should I take to get home again?”

47. What is a tiger’s favourite Christmas song?
Jungle Bells

48. Did you hear about the incident at the tiger exhibit?
It was a big cat-astrophe

49. What does Calvin feed Hobbes?
Nothing he’s already stuffed.

50. On which day do tiger eat people?
Chewsday

51. What’s striped and goes round and round?
A tiger in a revolving door.