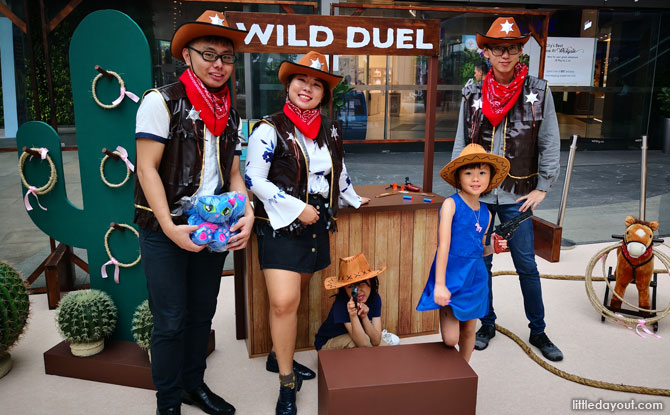 This June school holiday, how about heading to the Wild Wild West for an exciting adventure? From gold mining, to shooting tin cans and even lassoing a horse, kids will have endless fun at Westgate Summer Camp – The Magnificent West! Yee-haw!

Howdy! Welcome to the Magnificent West!

We enjoyed a preview of this western-themed mall activity with our six-year-old and her friend. The kids had so much fun, they did not want to leave the Magnificent West!

And who could blame them? The minute they entered the event area, they were welcomed with a handsome cowboy hat each, and invited to play at five activity stations, representing the Sheriff’s challenges for newbie cowboys and girls!

At the end of the fun and games, they were each presented with a personalised certificate for completing the challenges along with an exclusive gift – a really nice touch in our opinion! 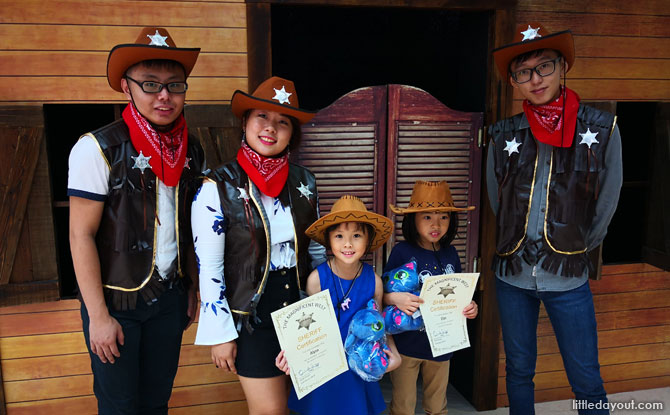 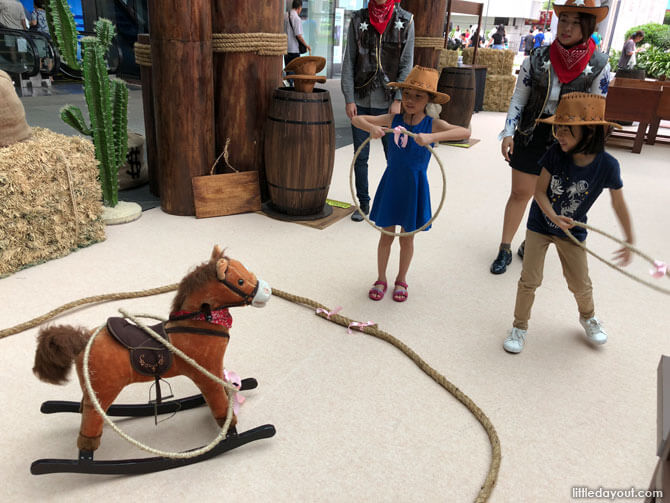 The first Westgate Summer Camp activity that they tried was Horse Lasso, where they had to loop as many hoops around a rocking horse’s neck as possible within 30 seconds. This they did with much precision and glee, jumping for joy at their success! The girls could not wait to try their hands at this game! There are two ways to play: you either shoot at a pyramid of tin cans to topple them, or use a boomerang. We chose the former.

It took the children a while to master this, but when they did, what a sense of achievement they felt! Each kid was supposed to be given five chances to shoot. The girls liked this game so much though, they kept requesting to play it over and over again! Moving on to the next activity, Cactus Throw, the kids had to toss small hoops from a distance to hook them onto pegs protruding from the cactus. Each child had five tries.

This was challenging for the kids, whose hoops kept bouncing off the hard surface of the cactus board. The game masters’ advice? Throw gently. Well, the kids were too excited to be calm and collected in their attempts. They had a lot of fun though! 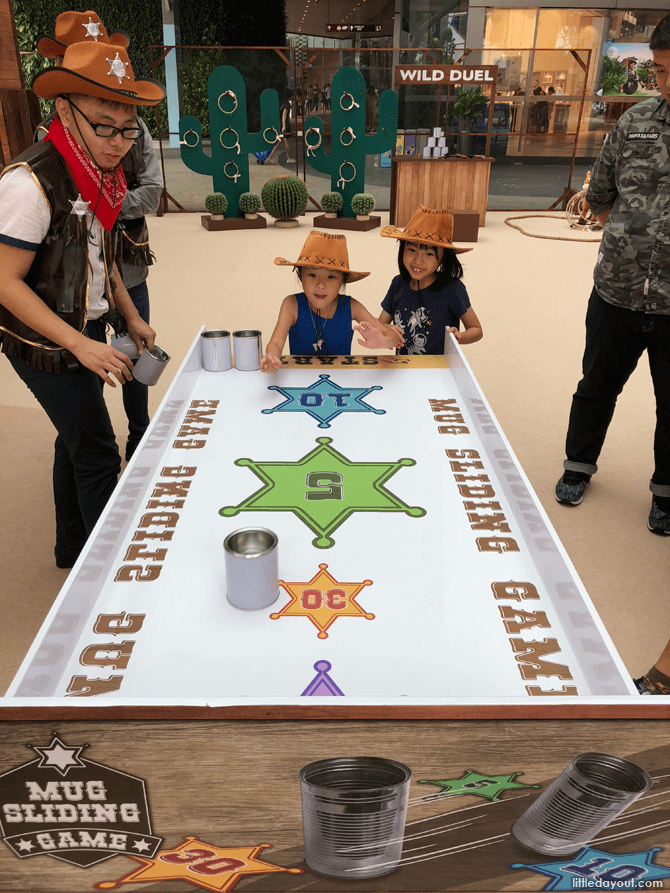 You know how in a western flick, the bartender always slides the beer across the counter to his customers? This is what this game is like – with some Mathematics tossed in!

The kids were tasked to slide mugs with just enough control so that they stopped on stars with numbers on them. These numbers were added at the end of three slides. The objective is to get at least 40 points (30 for younger kids) in this challenge. This was the favourite activity for the kids! As the name of the game implies, they had to extract the gold (coins) from a pit of sand using a sieve. The time limit is 30 seconds, and the gold coins that are collected within this time can be exchanged for edible chocolate coins at the redemption counter!

The girls enjoyed searching for the gold coins so much, they did not want to stop work! 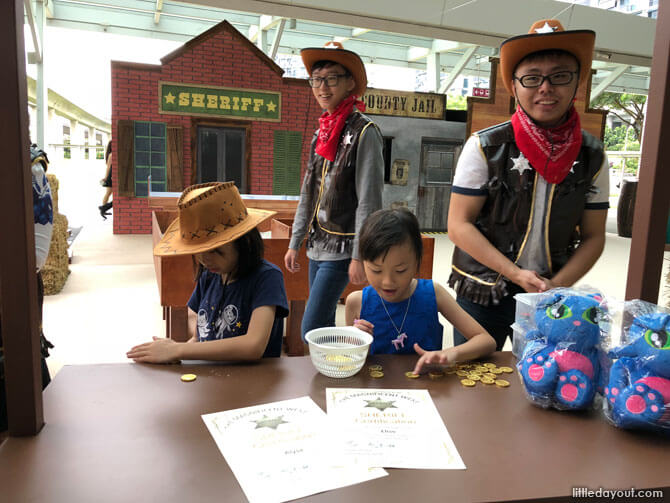 Giddy Up! To the Photo Booth!

Between games, you can have your picture taken at the cool backdrop featuring the Sheriff’s office, county jail and saloon. The kids had a great time posing as prisoners behind bars at the county jail, and going through the swinging doors of the saloon. It was all lots of fun! 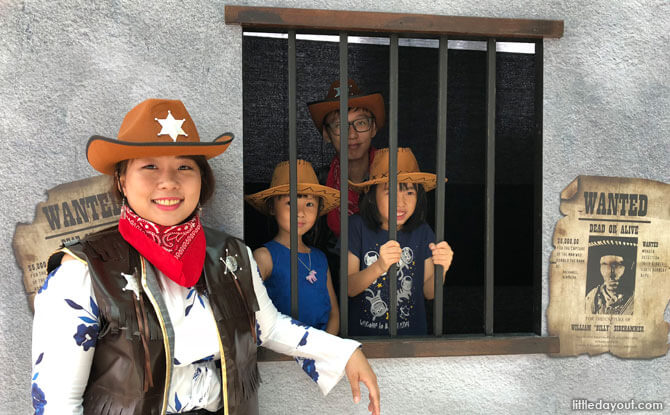 We will be back for another visit to Westgate Summer Camp – the Magnificent West before it ends on 24 June!

What You Need to Know

– You can redeem your ticket to Westgate Summer Camp – The Magnificent West at the Westgate Concierge at level 3 with minimum spending of $80 ($60 for purchases charged to the American Express CapitaCard). On Thursdays to Sundays, redemption can also be made directly at The Magnificent West event area. Each ticket admits one child and an accompanying adult. – Complete all the activities on the ticket to receive a personalised certificate and redeem an exclusive gift at the redemption counter.

– Westgate Summer Camp – The Magnificent West is only open on Thursdays to Sundays. You can still redeem your ticket to the event on Mondays to Wednesdays, for use on days when the camp is on!