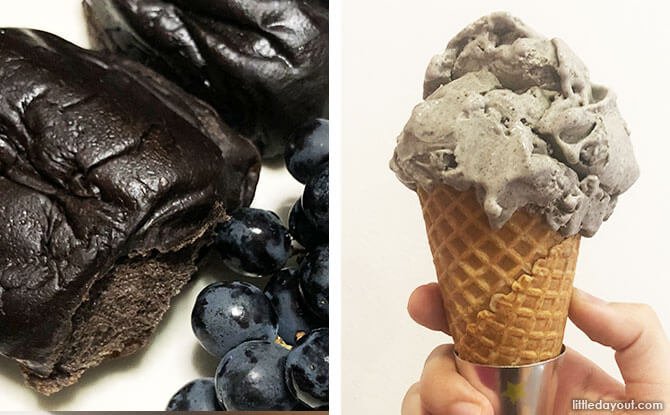 I love cliché viral food trends. One that is floating around the Internet is the “one colour food for 24 hours” challenge. In the light of Halloween, and since we don’t go door to door around HDB flats dressed up in costumes to collect sweets, I decided that the Black-coloured Foods Challenge would be the next best way to give myself an excuse to hop onto the viral food trend. 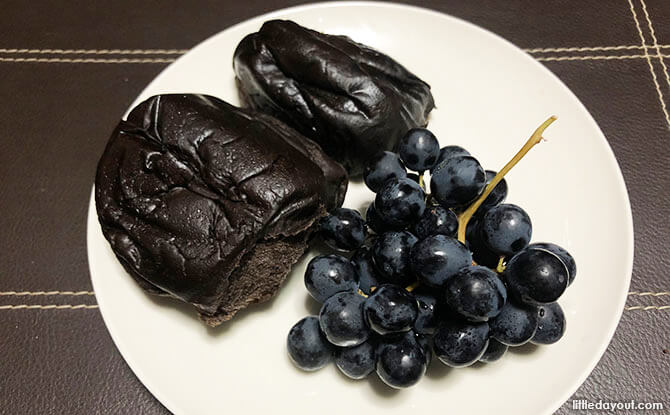 The first meal to start off the morning was two squares of chocolate bread that I got from a bakery. Despite the dark bread colour, the bread did not have any activated charcoal, which is a common ingredient thrown into every vlogger’s “I ate black foods for a day” menu.

Whatever the case was, I was just happy that I got to have chocolate for breakfast. I added on black grapes on the side to compensate for the lack of greens that I was going to have for the next 18 hours. 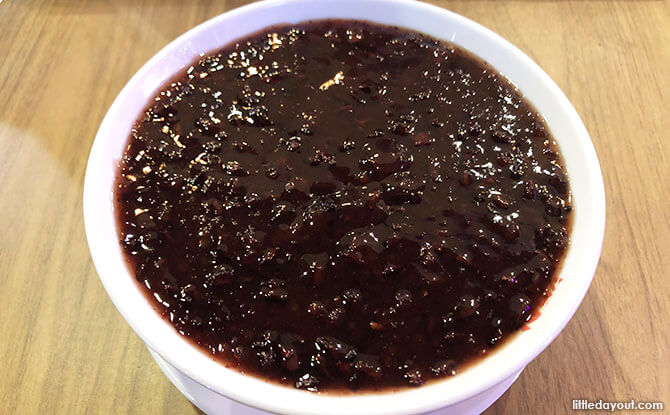 As my tummy rumbled for my mid-morning snack, I strolled over to a nearby Kopitiam and decided that the food of choice was going to be traditional nonya and Peranakan dessert, bubur pulut hitam – black rice cooked in a sugar syrup, pandan leaves and topped with coconut milk.

Did you know that another name for black rice used to be the “forbidden rice” as it was given exclusively to royalty and the wealthy in ancient China? In this sweet dessert form, it’s probably forbidden by dieticians and contradicted my new year’s resolution to eat healthier. But I sacrificed my resolution for the black foods challenge and ate it without coconut milk.

Lunch during the Black-Coloured Foods Challenge 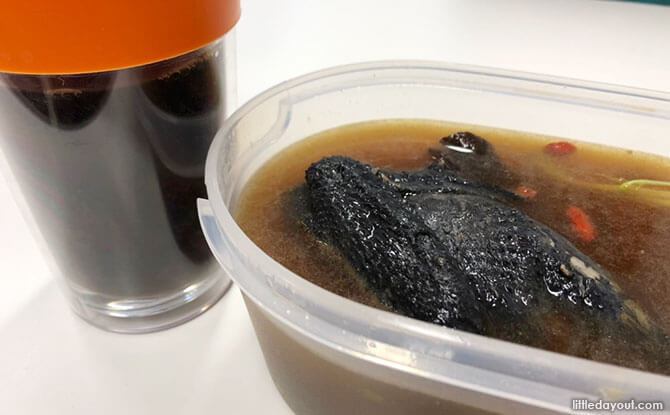 Our office is located near a hawker centre and, after all that sweetness, I was happy to digest something healthier for the next meal – Black Chicken Herbal Soup.

According to traditional Chinese medicine, and the uncle who sold me the soup, the benefits of eating black chicken included it being a good source of antioxidant, being lower in cholesterol and also a boost for female fertility. Of course, I had to get my caffeine pick me up – Kopi O…siew dai (black coffee with less sugar). 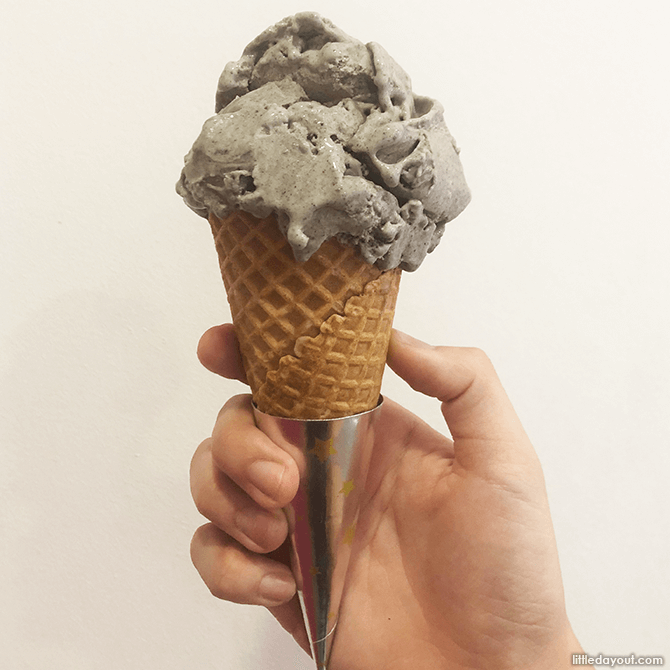 Black Sesame Ice Cream was a sweet treat that I couldn’t resist picking up on the way home, and ice cream is almost always a welcome especially in our hot weather. Too bad I couldn’t get a charcoal cone to go with it. 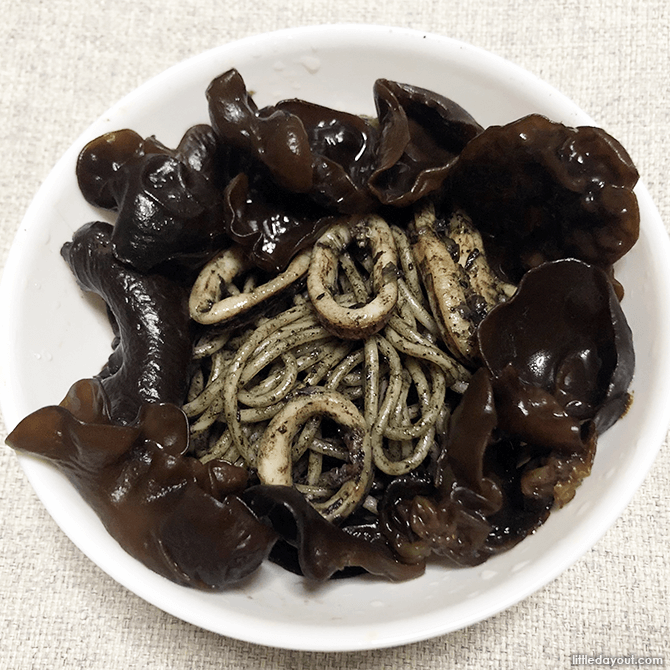 With a personal challenge to see if I could come up with a home-cooked meal, dinner was Squid Ink Pasta.

When I think of squid ink pasta, I envision it in an expensive Italian restaurant, and only possible with fancy pasta makers and white marble kitchen countertops. But, then I remembered that it was also sold in Saizeriya for under $7, so, in my small HDB kitchen, I should be able to come up with something decent.

My squid ink pasta turned out relatively well and because I wanted to fit in as many black ingredients as I could, I added black fungus for the fun of it. The fungus was an unusual touch which added a crunchy texture to the whole dish. Overall, I wouldn’t eat the strange combination again.

At the end of a full day of eating, the only scare factor was possibly the sugar that I consumed due to the dishes that I chose, but I guess any healthy food inevitably needs some form of greens unless you’re able to source out black carrots, black corn or black tomatoes.

I was surprised for it was quite easy to find black foods that tasted good and many of them were sold in hawker centres at a reasonable price.

Green Foods For 24 Hours next? Maybe this will be the first step to us opening a vlog channel. Subscribe to our Youtube Channel where we post non-self-indulgent videos and all the best and newest ideas on what you can do with your family.