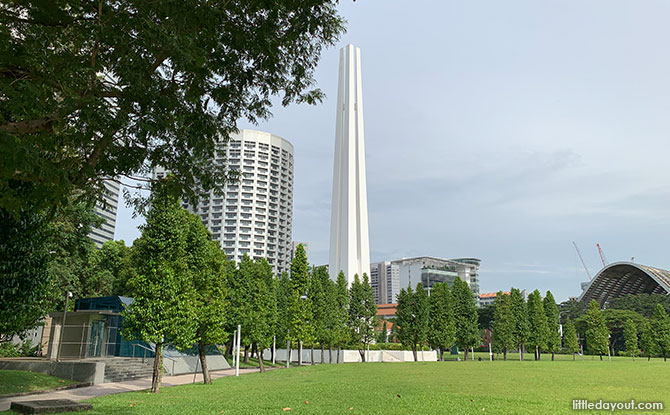 Sitting prominently, in the middle of town, is the War Memorial Park, a space dedicated in remembrance to all the civilians who perished in World War II.

Located at the confluence of Stamford Road, Beach Road and Bras Basah Road, the War Memorial Park is clearly marked out by a 61 metre tall Civilian War Memorial made up of four soaring columns, each representing one of the four ethnic groups in Singapore. 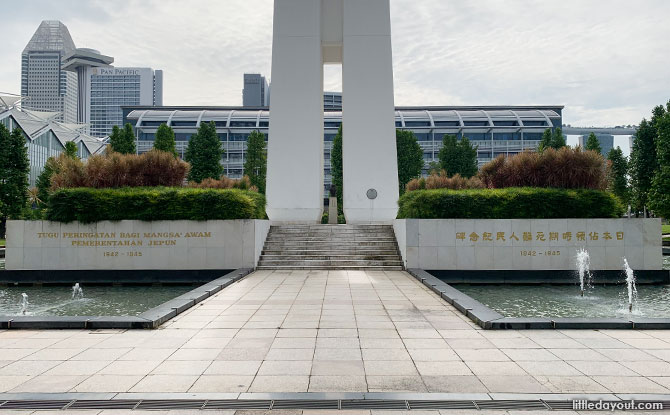 The Civilian War Memorial was officially unveiled in 1967. Collectively, the four “chopsticks” come together as one and are joined at the base to represent the unity of the people of Singapore.

Inscribed at the base of the structure at the War Memorial Park are the world, “Memorial to the Civilian Victims of the Japanese Occupation, 1942–1945” in Singapore’s four official languages. Around the structure are a set of pools with low water fountains. 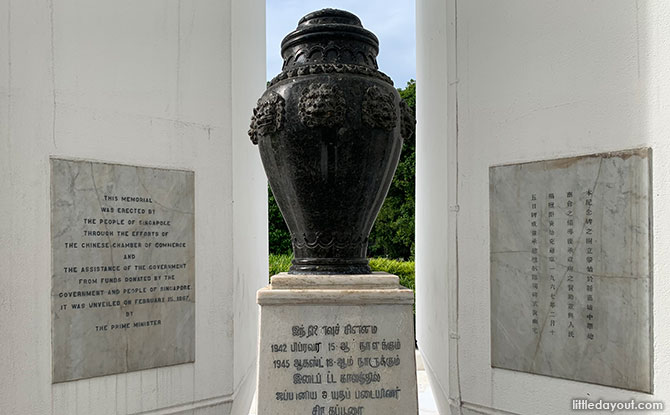 Buried beneath the Civilian War Memorial is a vault with 606 urns with the remains of victims from the Japanese occupation. An empty black urn on the pedestal in the middle of the four columns calls attention to the sacredness of the site.

Remembering the Civilian Victims of WW2 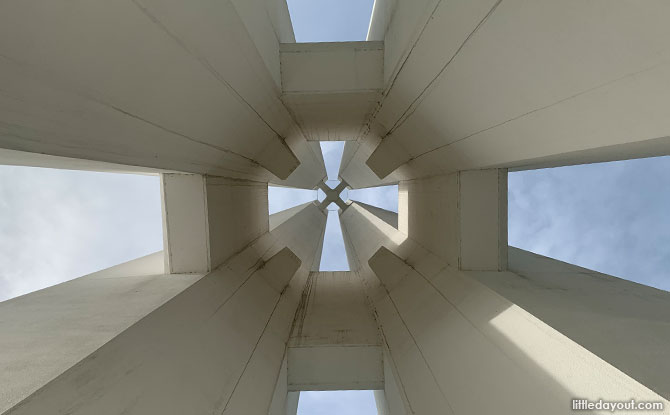 The Civilian War Memorial came about because of the discovery of mass graves around Singapore in the 1950s and 1960s. These were the victims of the Sook Ching Operation conducted to weed out anti-Japanese people in the local population.

The Singapore Chinese Chamber of Commerce (SCCC) took on the responsibility of excavating and reinterring the remains. When a plot of land at Beach Road was earmarked for a memorial, the SCCC established a building fund for the memorial. This was to be a memorial to the civilian victims of the Japanese Occupation, separate from the Cenotaph at nearby Esplanade Park which was dedicated to those from the armed services. 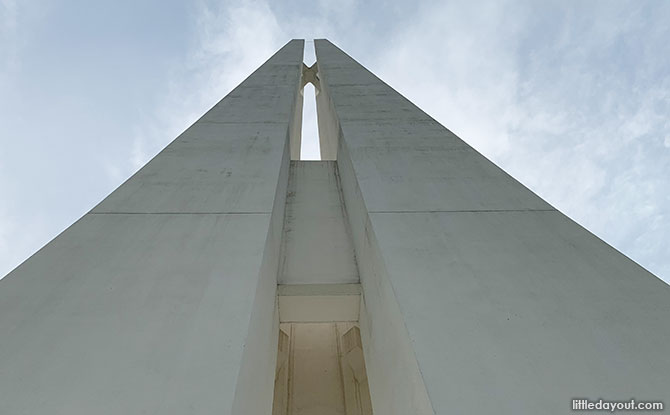 The memorial was designed by firm Swan & Maclaren, chosen from a design competition. It was unveiled on 15 February 1967 by Prime Minister Lee Kuan Yew. It was gazetted as a national monument on 15 August 2013.