Home Learn Visiting Johore Battery: Things I Learnt About The Fall Of Singapore 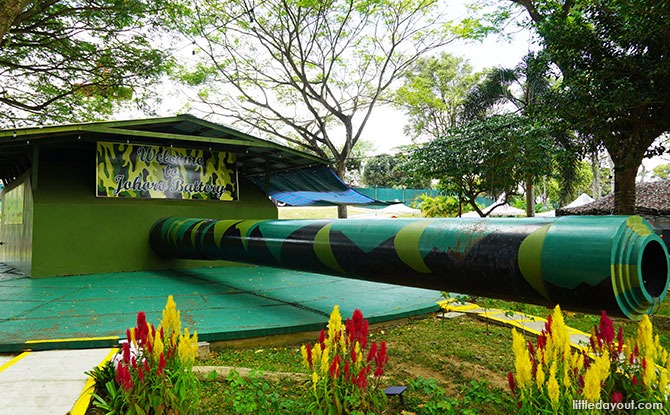 15 February is Total Defence Day, the anniversary of the surrender of the British to the Japanese on 15 February 1942. It was during World War Two that the Japanese then occupied Singapore for three years and seven months, from 1942 to 1945.

The fall of Singapore is something we hope we never to have to experience again, but revisiting landmarks from that era is a good way to remember that significant time in our history. One such landmark is the Johore Battery. 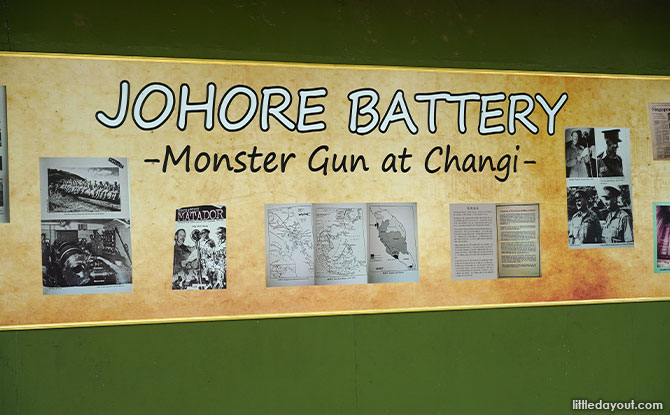 Built during the late 1930s, the Johore Battery was the main artillery battery of the British coastal artillery defence network on the north-eastern coast of Singapore. It was located on Cosford Road in Changi, off Upper Changi Road North.

There were originally five enormous 15–inch naval guns that were installed in Singapore by the British government before 1940. Three of them were based in Changi to the east and two located in Buona Vista to the southwest. Together, the three naval guns in Changi formed the Johore Battery, named after the King of Johor, Sultan Ibrahim. 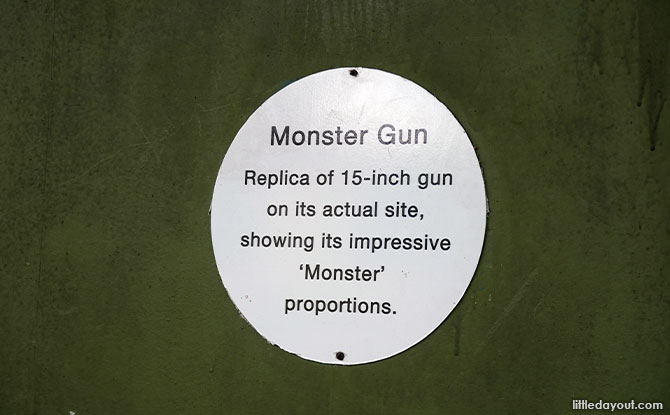 The original monster guns are no longer around but a life-sized replica of one of them, complete with the turret, is currently built in its original location.

They were called 15-inch guns because the 15-inch (38 cm) diameter of the shells. 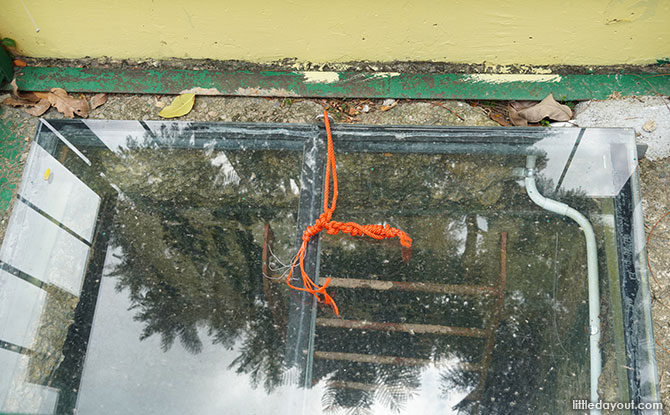 The British destroyed the guns before the Fall of Singapore. As Singapore fell into the hands of the Japanese, it is said that orders were sent out to destroy the guns. Tunnels were sealed up after the war.

In 1991, the Prisons Department discovered the underground tunnels during its routine cleaning of the Abingdon Centre. 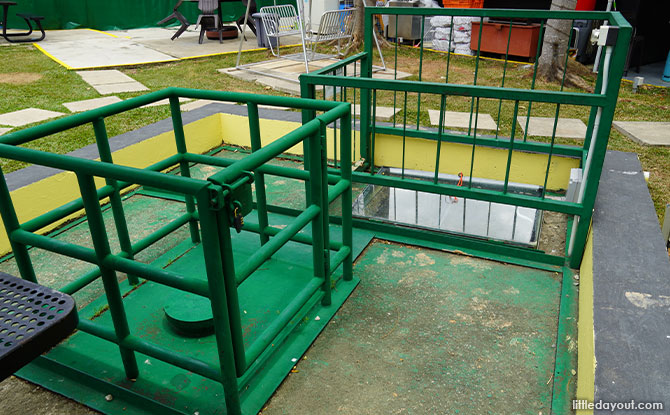 The underground tunnels are still around at site, but no access is allowed. 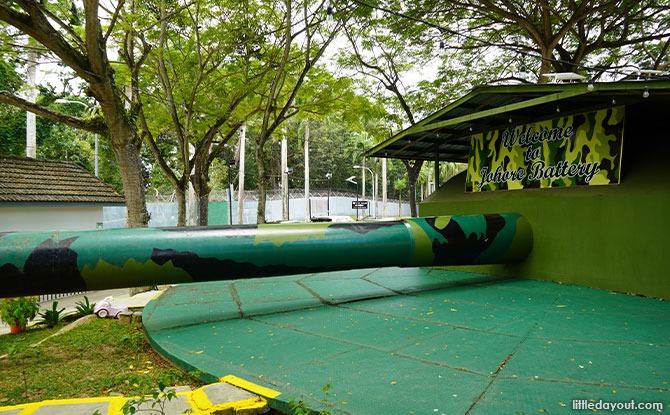 Guns or ammunition of any kind are not a common sight in Singapore. Sites such as the Johore Battery provide us with a glimpse of those dark days in Singapore’s history.

Those who wish to visit Johore Battery can do so at 27 Cosford Rd, Singapore 499549. Admission to the site of the battery is free with opening hours from 9 am to 5 pm, Monday to Friday.

Some of the other major coastal batteries around Singapore include the Labrador Battery and the Fort Siloso Battery.