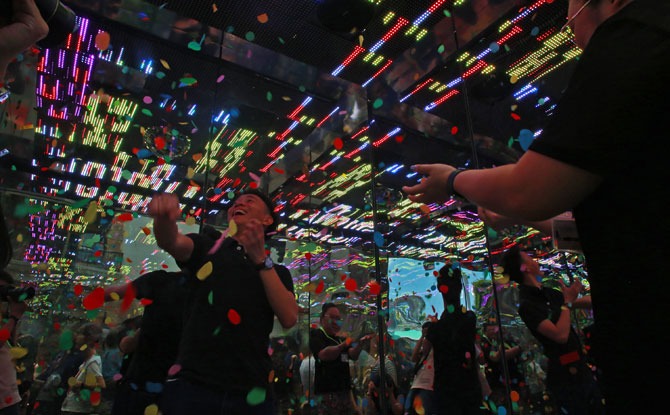 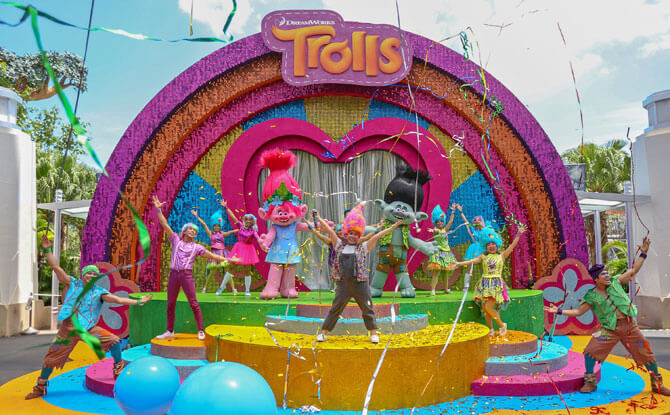 Sing and dance along with hits like Justin Timberlake’s Can’t Stop The Feeling in the first show where Princess Poppy and her friends come together to celebrate her cornation as Queen of DreamWorks TrollsTopia. This shimmery, feel-good celebration will take palce at the Hollywood Lagoon stage.

After the show, Universal Studios Singapore visitors can look forward to meeting Poppy and Branch for photo-takings.

The second live show, Hug Time Trio, will showcase fast, up-beat songs from the Trolls soundtrack along with Top 40 songs which will get everyone snapping along to the rhythm.

Put on a set of VR glasses and enter a space where creativity and imagination reign to create 3D virtual art and a canvas of colours with Trolls Virtual Reality experience. There is also a Trolls virtual reality experience where visitors can play a music video game and try to hit the musical beats of the Trolls soundtrack.

Also at DreamWorks TrollsTopia at Universal Studios Singapore, go “troll” with face paintings, temporary tattoos and the iconic troll hairdo, courtesy of a wig, and take a troll picture.

Visitors can also join Guy Diamond at Glitterpalooza and dance under a curtain of glittery confetti and even catch prizes flying through the air. Glitterpalooza is located at the Hollywood zone outside the Hollywood China Arcade. It is available at no additional cost and a maximum of three person can dance inside Glitterpalooza at any time and each person will have one chance to catch the lucky prize.