Home Lifestyle Humour 30+ Thursday Jokes That Will Make You Giggle 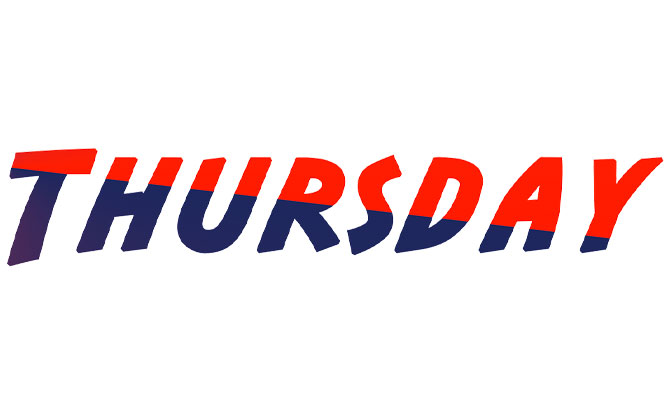 Thursday is the fourth weekday of the week, and many people usually welcome Thursdays because it means that it is almost the weekend! Thursdays are also great because it means that work usually starts to wind down and we have a little more breathing space throughout the day. If you need some jokes to relax with, these Thursday jokes might be just what you need.

Thursday Jokes That Will Make You Giggle 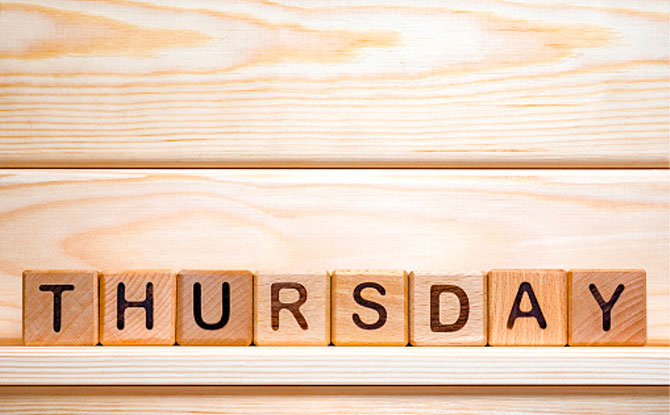 1. What did the weeks say to the boy when he was really worried about Thursday?
“Don’t worry, Friday is on its way”.

3. Where does Friday come before Thursday?
In a dictionary

4. Besides Tuesday and Thursday what other days start with T?
Today and Tomorrow

5. What do French people call a really bad Thursday?
A trajeudi

6. Why did the employee worry about his Friday being ruined?
Because it was still Tuesday morning.

7. What do you do when Thursday is standing outside your bathroom door?
You let it sink in.

Thursday Jokes That You Can Use To Brighten Your Week 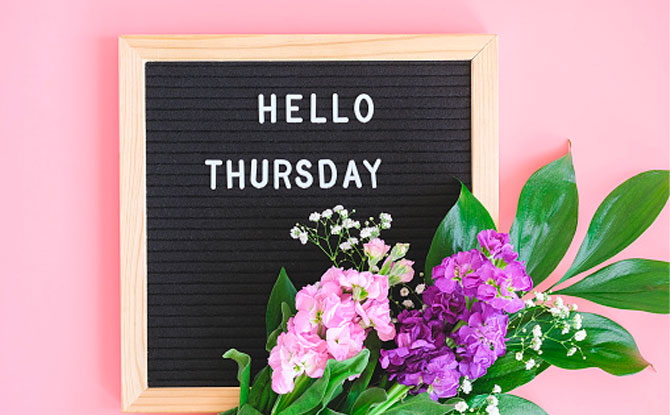 Is it Thursday? Regardless of how your Thursday went, one can always use some funny Thursday jokes to brighten up their day! Here are some funny one-liners and puns that you can tell anyone!

8. An man goes to the Doctor. After examining him says, “You have some problems with your heart but I think if you take some tablets you’ll be okay“, So the doctor gives him some tablets and the man asks “Do I have to take them every day?
“No“, “take one on Monday, skip the Tuesday, take one on Wednesday, skip the Thursday, and so on like that.“ Two weeks later the doctor is walking down the street and sees the patient’s wife. “Hello Mrs P.“ He says “And how is your husband?“ “ he died of a heart attack,“ says Mrs P. “I am very sorry to hear that,” says the doctor, “I thought if he took those tablets he would be alright.“ “All the tablets were fine, “ says Mrs P. “It was all the skipping that killed him!“

9. My new girlfriend works as a bin lady. Trouble is, I can’t remember if she’s going to take me out Wednesday or Thursday!

10. I could retire today and live happily for the rest of my life, so long as I die by noon, Thursday.

12. Patient: Doc: I think I’m psychic.
Psychiatrist: When did this happen?
Patient: Next Thursday.

13. I asked my neighbour: “How was your ear operation?”. They replied: “Thursday.”

14. A few minutes ago while I was lifeguarding, an old lady told me that I looked like a lion pacing back and forth.
Now I’m nervous for my dentist appointment on Thursday.

15. I like listening to Classical music on Thursdays. I call it Throw-Bach Thursdays.

16. My boss asked why I have been late 4 times this week
I replied “because it’s only Thursday”

17. I’ve been keeping to my diet. No ice cream on Thursday. None on Friday. None on Saturday. Then, Sundae.

18. A lady woke her husband one Thursday night and said, ‘There’s a burglar in
the kitchen eating my homemade steak and kidney pie.’
‘Oh dear:,’ replied the husband. ‘Who shall I call, police or ambulance?’

19. A man walks into a bar with a pineapple on his head.
The bartender looks at him quizzically and says “Mate. Why do you have a pineapple on your head?!” The man answers “Oh, it’s ok. I always wear a pineapple on my head on Tuesdays.” The bartender says “But it’s Thursday…” Upon hearing this the man’s face changes to a look of abject horror and he says “Oh my! I must look ridiculous”

21. Man walks into a bar and orders 4 beers.
Drinks them, and leaves. Next week same time does the same thing: orders 4 beers, drinks them, and leaves. The third week; same thing. The bartender is curious so he asks. “well, I moved here few weeks ago. Back home my 3 brothers and I met every Thursday after work for a beer. Since I was feeling homesick I figured I would keep up the tradition even if I had to do it alone.” This goes on for several weeks until one week the man comes in and orders three beers and a coke. The bartender says, “I hate to pry but what happened? Did one of your brothers pass away?”

The man chuckles and says, “No nothing like that. I decided to quit drinking.”

22. I’m not an alcoholic, I only drink on days that start with letter T.
Tuesday, Thursday, Today and Tomorrow.

23. Wednesday and Thursday were named after the Norse Gods Odin and Thor.
And if you really enjoy facts about Norse Gods then today is your Loki-day!

24. Nothing ruins your Friday…like finding out it’s only Thursday.

25. Some people call it Thursday, I like to call it Friday Eve.

26. If you think Thursdays are sad, wait for two more days. It will be a sadder day.

27. Harvey went to his doctor on Thursday to review his test results. The Doctor told him that he has both good news and bad news.
“Good news is you have 48 hours to live,” he said to Harvey. “Bad news is I should have told you on Tuesday.

28. I asked the farmers to attend a meeting on Thursday morning.
None of them turnip.

29. Starting this Thursday, some movie theatres will not allow large bags inside the theater. But thankfully, I have a few twix up my sleeve.

30. My milk expires next Thursday. That means my milk has a date on Valentine’s Day, and I still don’t.