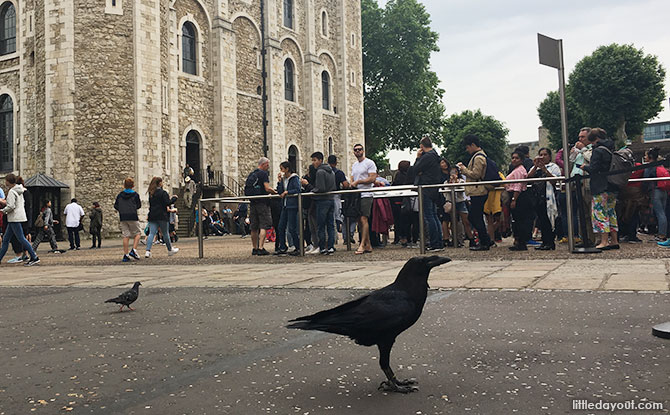 The Tower of London is a must-visit for anyone paying a visit to the United Kingdom’s capital city. The royal fortress, which dates back to the 11th century, is full of history and attracts hordes of visitors even ten centuries later. Here are some things to know and useful tips for visiting the Tower of London.

Things To Know And Tips for Visiting The Tower Of London

Getting Tickets to the Tower of London

There are two queues at the entrance of the Tower of London.

The first queue is at the ticketing office where you have to queue up to purchase tickets to enter the Tower.

The second queue is to enter the Tower proper, through the Middle Tower at the southwestern corner of the Tower.

However, you can skip the first queue by simply purchasing your tickets online from the Tower of London website. Print out the tickets and head straight to the entrance to enter the Tower.

Times for Visiting the Tower of London

The best time to visit the Tower of London is on a weekday and in the morning. Allocate around 1.5 hours to 3 hours for your visit to this top attraction in London. 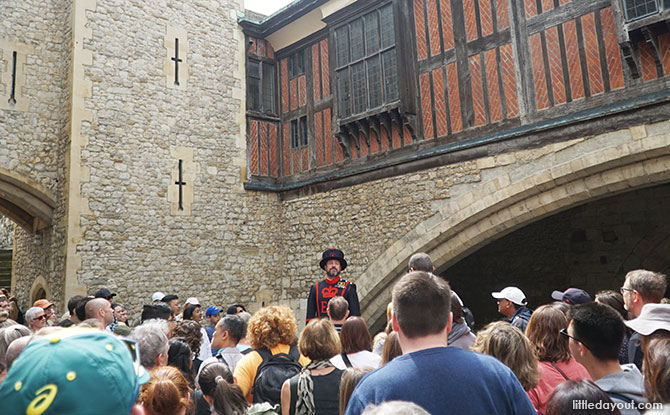 The best way to get an introduction to the Tower of London is to join a Yeoman Warder’s tour. This starts from the moat, just past the Middle Tower entrance. Tours start every hour and are entertainingly led by the Yeoman Warders or Beefeaters as they are often referred to. Follow along to hear tales about the Tower’s bloody and horrid history at the various locations around the castle. 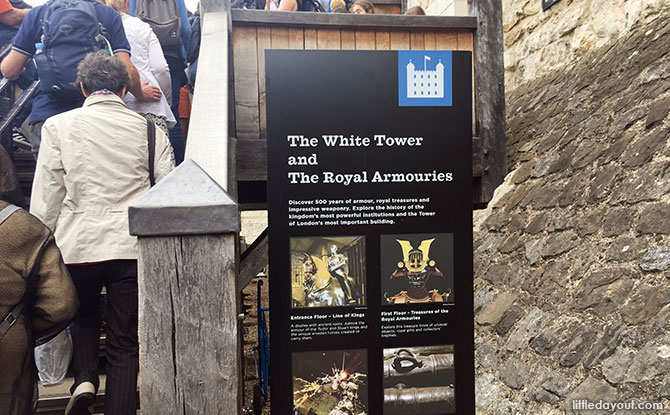 The White Tower is where it all began. It was built by William the Conqueror and is the oldest building in the Tower of London, dating back to 1080. 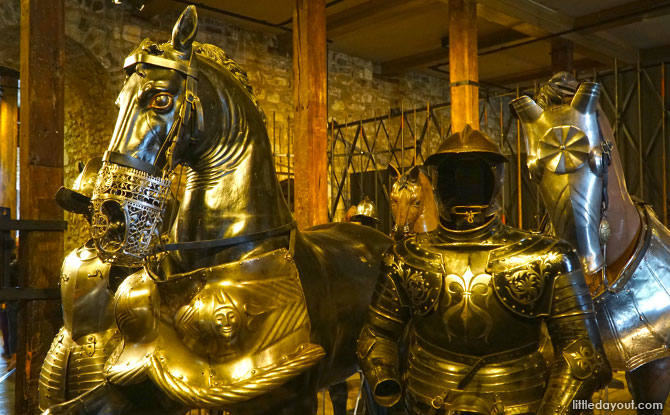 Inside are the Royal Armouries collection where you can view King Henry VIII’s armour and weaponry that was used through the ages. 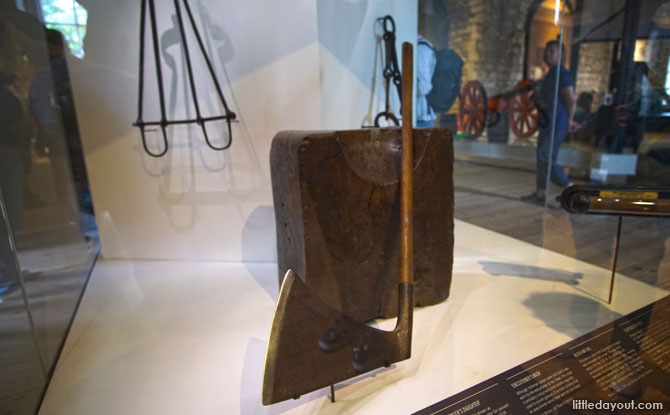 There is even the executioner’s block and axe. 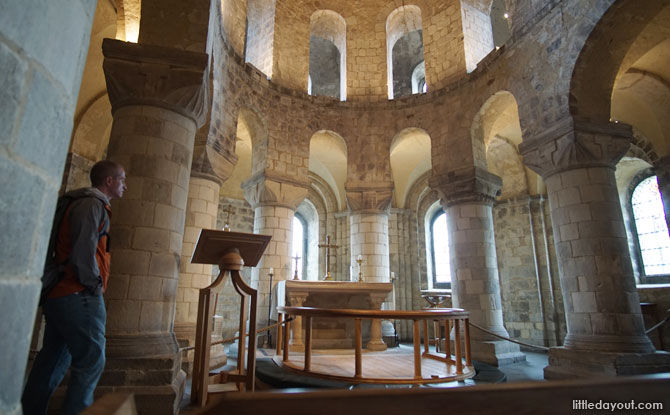 St John’s Chapel on the second floor feels exactly like what you’d expect of a medieval chapel. You’d almost expect knights to walk in at any moment. 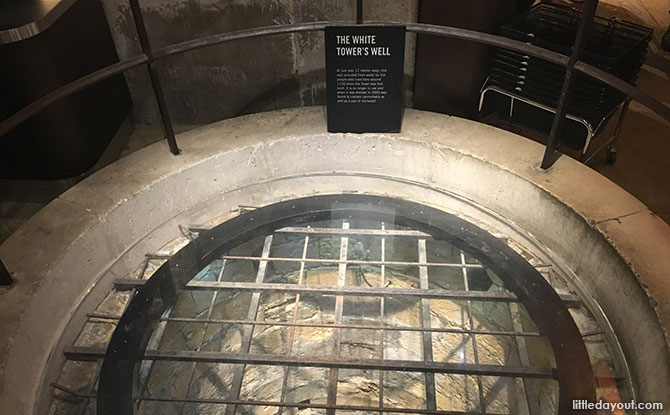 Two features of the White Tower that castle-fans may want to keep a look out for are the garderobe, or the castle’s toilet, and at the basement level, the castle’s well, an essential resource in case the castle ever came under siege. 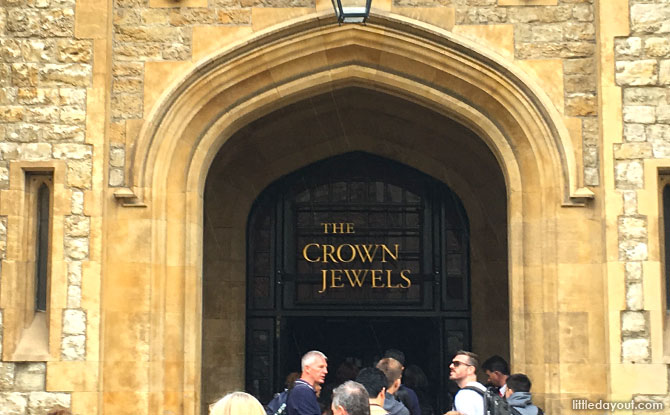 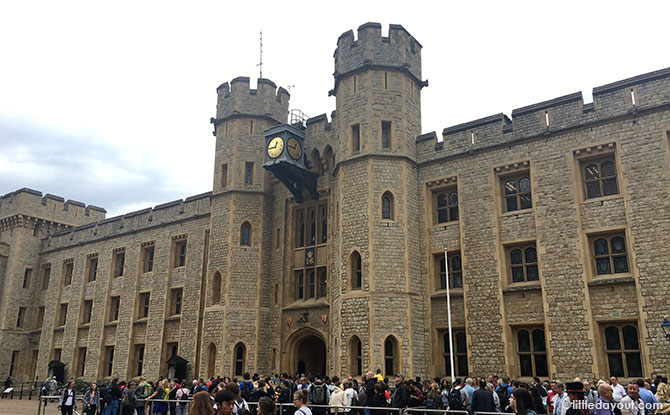 Entry to see the Crown Jewels at the Waterloo Block is included with the admission ticket to the Tower of London. Unfortunately, no photo taking is allowed. 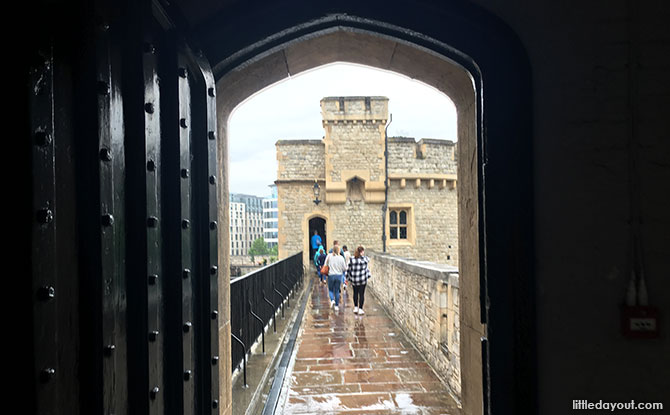 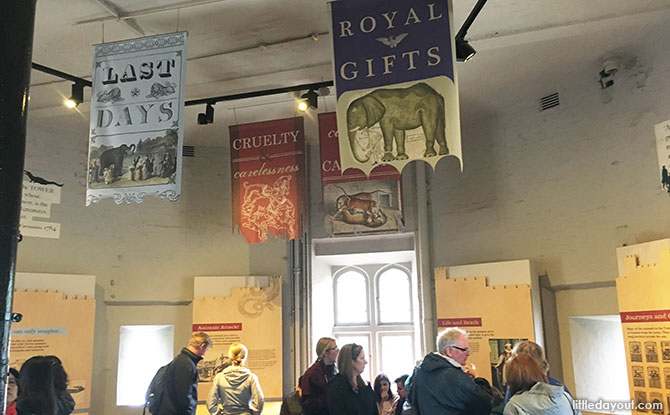 Inside the smaller towers, there are various topical exhibits, for example on the menagerie of animals that were once housed within the Tower of London. 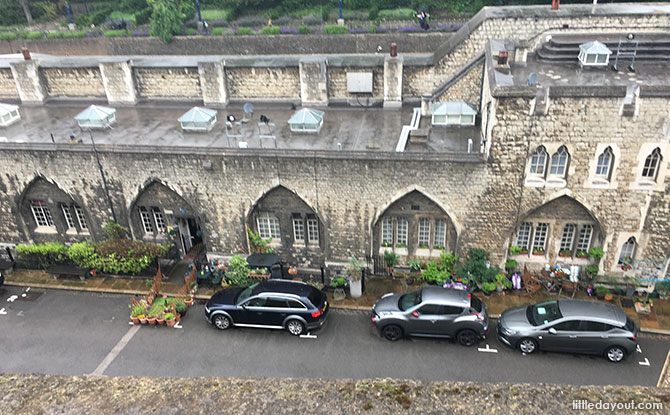 One interesting thing to do along the northern wall is to look down at the casemates where the Tower’s community lives. There are everyday cars and it looks just like a regular residential street.

Amenities at the Tower of London One of the things to know about the Tower of London is even though it is a royal fortress, it is also a tourist attraction. This means that you can find cafes to get some refreshments and gifts shops there too. Speaking of the latter, if you forget to get your souvenir while inside the Tower, there is a gift shop outside by the entrance too.

The visitor restrooms at the Tower of London can be found behind the Waterloo Block. We don’t know if this was just by coincidence or a case of British humour.

What to Do Around the Tower of London

You may wish to maximise your visit to the Tower of London, you may want to visit the other attractions around the area too. The next bridge upstream from Tower of London is London Bridge. On the South Bank of London Bridge, you will find Borough Market which is worth browsing about and also a great place to grab a bite.