Home Arts Books The Origins Of The Gruffalo: A Chinese Idiom 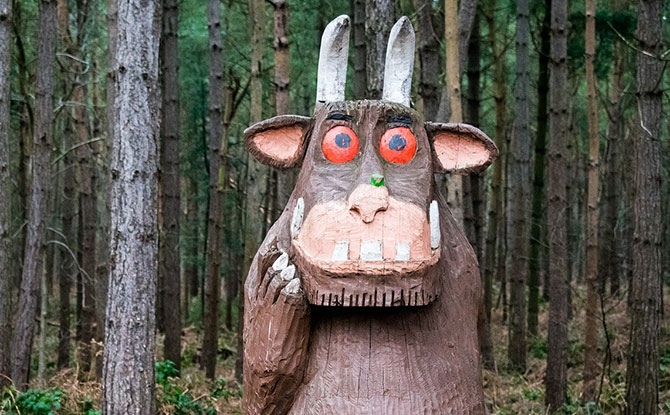 The other day, my daughter was telling me about a Chinese idiom or cheng yu that she had learnt, 狐假虎威. As she explained it to me, this made me think of another story that many parents would be familiar with – The Gruffalo.

The story behind the idiom 狐假虎威 is that a tiger caught a fox and was about to eat him up. Thinking quickly, the crafty fox told the tiger that he (the fox) was sent by Heaven and it would be a violation of Heaven’s wishes to eat him. To prove his divine calling, the fox told the tiger to follow behind him while he walked through the forest.

The tiger agreed to do this and followed behind the fox as he made his way through the forest.

As it turned out, the animals in the forest did scatter and run away once they saw the fox approaching – with the fearsome tiger walking behind him.

Does this tale sound familiar?

Those who know the tale of the Gruffalo written by Julia Donaldson and illustrated by Axel Scheffler, it will definitely ring a bell.

The picture book The Gruffalo was first published in 1999 and has since sold over four million copies in forty languages.

In it, Mouse encounters a Gruffalo, a terrifying creature in the forest. The Gruffalo wishes to eat the mouse. However, the cunning mouse convinces the Gruffalo to take a walk with him to show that he is actually a very powerful and feared creature. As with the Chinese fable, all the woodland creatures run away and the Gruffalo also flees, convinced that the mouse is about to eat him up.

The link between The Gruffalo and the Chinese idiom was confirmed by Donaldson in an interview published in The Observer in 2004. She shared that her story is “a contemporary version of an Eastern folk tale about a child who cons a jungle tiger into submission by the cunning expedient of having it follow in her footsteps.”

In fact, on Julia Donaldson’s website, it says, “It all began when Julia Donaldson came across a Chinese tale about a clever girl who tricks a hungry tiger into believing she is the Queen of the Jungle and scares him away. Julia thought this would make the basis for a good picture book story, but couldn’t think of anything to rhyme with ‘tiger’ – so she created her own monster whose name had to end in O, to rhyme with ‘doesn’t he know’.”

Finally, after reading the story of the Gruffalo all these years, now we know.

Book Bugs Is Having A Community Day, Library Trail & More This Dec