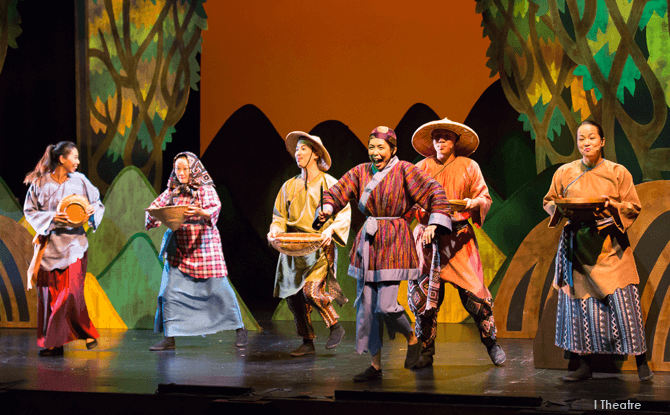 Little Day Out’s reviewer, Clarence Yap, fills us in with this The Magic Paintbrush review after watching I Theatre’s latest musical.

The Magic Paintbrush is a wonderful folktale with an important lesson, which is why it has been re-told in many ways and forms. While it emanates from ancient times, the story’s fantastical elements make reimagining it for audiences today an exciting prospect for theatre practitioners.

I Theatre’s latest musical theatre treatment of the tale does just that. Using technology and theatrical devices to enchant their young audience, while staying true to its message.

The musical begins in modern Singapore where young Toni Lee is facing immense pressure to study hard in pursuit of academic and material success. 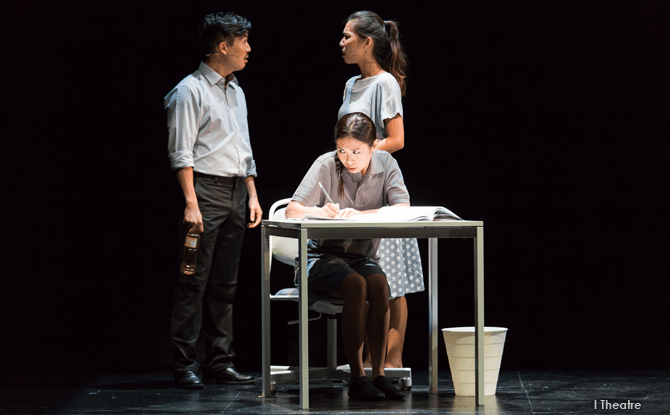 If it’s a scenario that’s all too familiar, that’s because it was clearly meant to resonate and get everyone to reflect on the priorities we place in today’s society. It also gives a link and context for the lessons to be drawn from the journey that Toni undergoes after being magically transported back to ancient China and becoming Ma Liang, the main character in the original tale.

Time Travel with The Magic Paintbrush

The costumes and props start to get really interesting with this journey back in time. There the flowers sing and dance amidst a colourful landscape. And as Ma Liang begins to wield the magic paintbrush, it is fun to watch the objects and creatures spring to life at the swoosh of a brush. 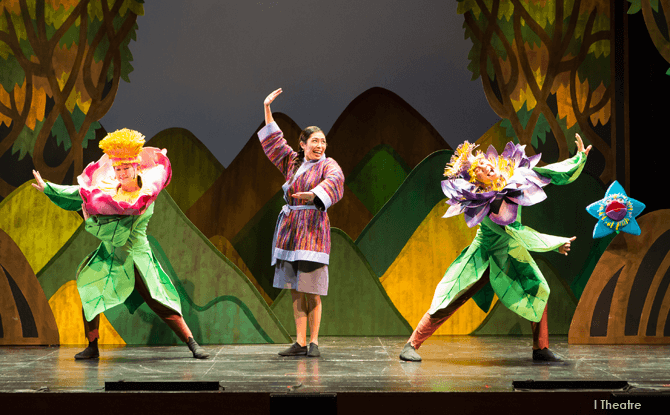 But, we know that this idyllic situation is not about to last.

We are soon introduced to the Emperor’s officials who are on a mission to enforce his tax tyranny.

I Theatre seemed to have thought carefully about how they could highlight the Emperor’s devious scheming while keeping it palatable for children. And this was cleverly done with the comical pairing of Sotong and Shrimp. The comedic pair fumble through their every task to provide plenty of laughs for the audience. 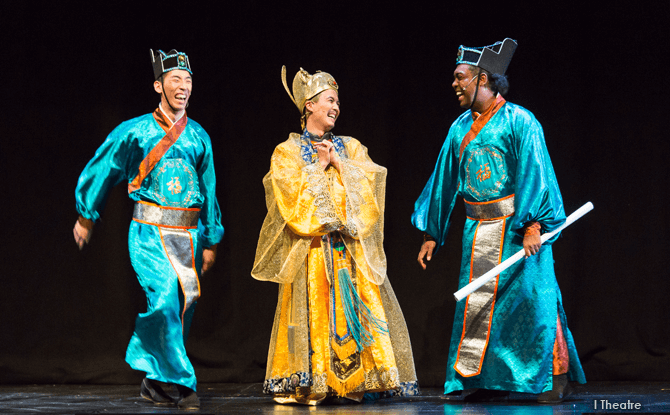 By the time Ma Liang is brought before the Emperor, even the latter’s evil laugh is not too frightening. The mix of silly banter and physical comedy endeared them to the young audience. The children clearly enjoyed their on (and off) stage antics. 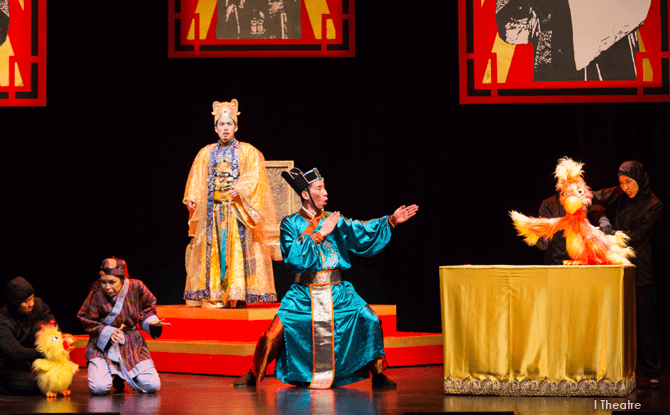 The critical part of the original folktale comes when Ma Liang outsmarts the Emperor. The young protagonist prevents the Emperor from continuing his evil ways by painting the objects that ultimately thwart him. This is cleverly done by switching to puppetry and black light to play out the musical’s apex scene.

With Ma Liang’s mission accomplished, Toni Lee magically returns to modern day Singapore. The family comes together and seem to have learnt a lesson from the collective adventure.

The Magic Paintbrush is a great moral tale. It is a powerful tool when brought to life with the magic of theatre. The show is something that the entire family, whether you are seven or 42, can enjoy together.