Home Play The Great Moscow Circus in Singapore: Entertainment Under the Big Top 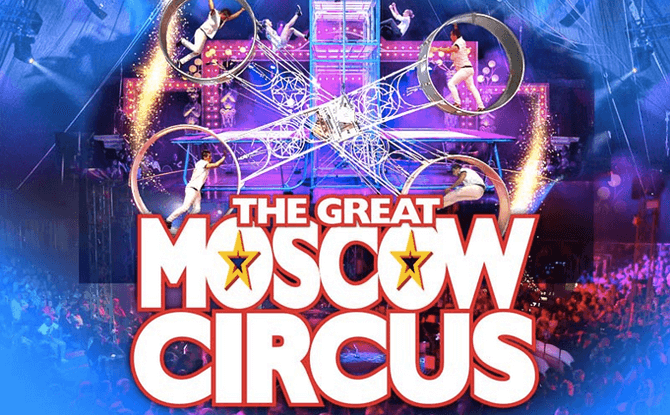 Spectacular. Fabulous. Highly entertaining. These are the words which describe an evening with The Great Moscow Circus, now in Singapore under the red-and-white big top at the space next to Marina Bay Sands at BayFront Avenue.

The Tents Are Up Along BayFront Avenue

For those who have never been to the circus, especially little ones, The Great Moscow Circus will provide an introduction to a variety of circus acts in a traditional circus setting. Kids, in particular, will be wonderfully entertained.

Acts at The Great Moscow Circus

There is something for everyone at The Great Moscow Circus. Its 15 circus acts offer a mix of thrills, grace and astonishment.

The programme is tightly packed with the various acts quickly following one after another. The audience is treated to a spellbinding contortionist, rope skipping masters, a motorcycle ball of death (aka Motorbike Sphere of Fear) and a heart-stopping performance on a large rotating apparatus – the Wheel of Death. We were also delighted by the mesmerising performance where the performer changed her costumes at lightning speed right before our eyes, faster than we could blink.

A personal highlight for us was the aerial acrobatics – the gorgeous aerialist looked like a beautiful ballerina defying gravity, floating gracefully through the air.

The whole show under the big top is woven together by the Ringmaster who provides an introduction before each act.

Get more information about The Great Moscow Circus in Singapore, including ticketing times, prices and other details, from here.