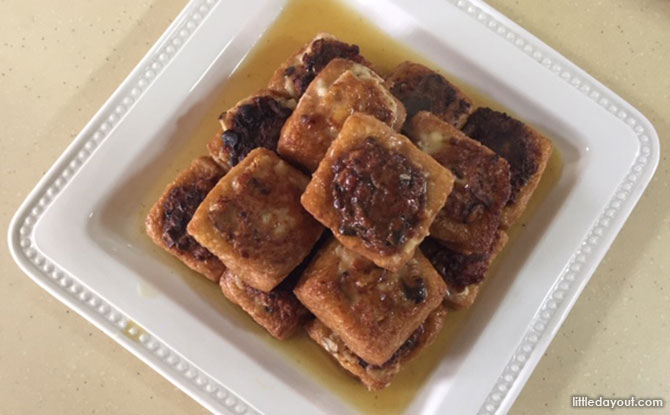 Tau Pok, the small cubes of soft bean curd, are versatile creatures. Being pretty plain on their own, they form the body of this Stuffed Tau Pok dish.

Instead of the typical Yong Tau Fu stuffing of either fish paste or meat, this stuffed mixture comprises crunchy water chestnuts, the juiciness from the shrimps and meat, and the softness from moist mushrooms. Try it. It’s a wonderful burst of flavours in the mouth!

As a special bonus, you can actually create a second dish with the leftover stuffing! Read on to find out how.

Marinade for Stuffing, mix and set aside: 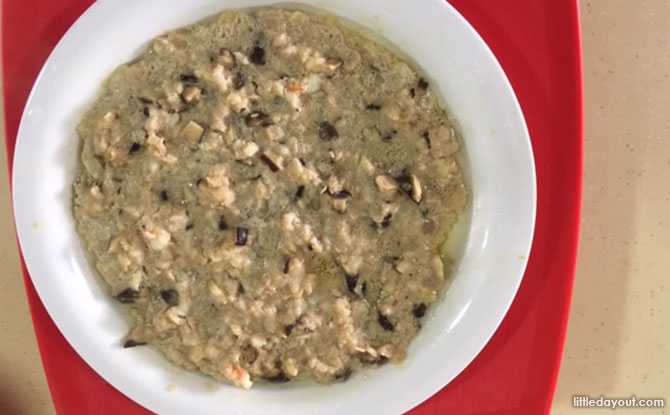 Simple #homecooked-recipes is a series specially developed to inspire beginner cooks with work and kids to handle, and not much time to spare in the kitchen. The recipes are deliberately simple enough even for kids to help you with them. Click here for more simple home-cooked recipes.

SHOP: Get kitchen appliances, cookbooks and other items that make cooking fun and easy here!