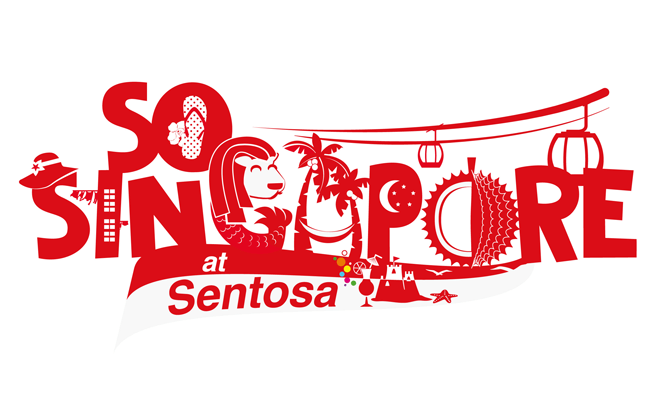 Celebrate National Day 2017 at Sentosa with a So Singapore experience in the months of July and August. The range of free programmes include a Heritage Carnival, a special edition light show and entertaining performances around the island. 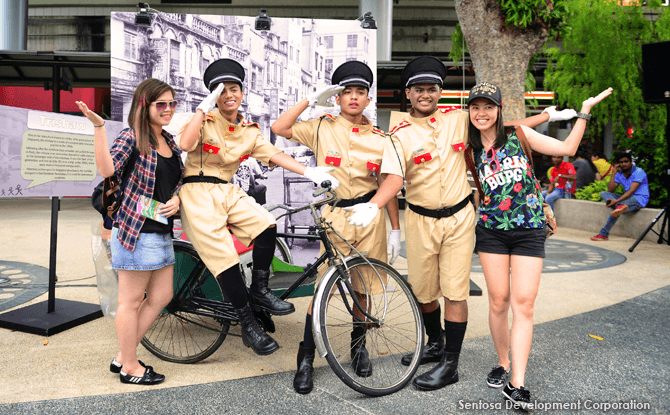 From 4 to 13 August, visit Sentosa’s Palawan Green for the Heritage Carnival 2017 – So Singapore.

Roving characters, dressed in costumes from Singapore’s early days, will be mingling with the crowds. Sample food from Singapore’s past with more than 20 stalls offering local dishes such as Peranakan Kueh, Burger Bombs and Chendol.

There will also be movie screenings from 7 to 13 August, retro food photo props and an outdoor obstacle course for children.

On 9 August, Singapore’s National Day, visitors to Sentosa can watch a live screening of the National Day Parade 2017 on the big screen on the façade of iFly Singapore.

The Merlion at Merlion Plaza will be dressed up in lights for National Day 2017. A special Merlion Magic Lights! – So Singapore edition will take place from 14 July to 27 August.

Merlion Magic Lights! – So Singapore edition will take place at half-an-hour intervals between 7.45 pm and 9.15 pm. There will be an additional show at 9.45 pm on weekends.

The same AR app can be used by visitors to learn about Sentosa through augmented reality at five photo points found at Merlion Plaza, Beach Plaza and Beach Station.

Sounds of the Lion City Performances 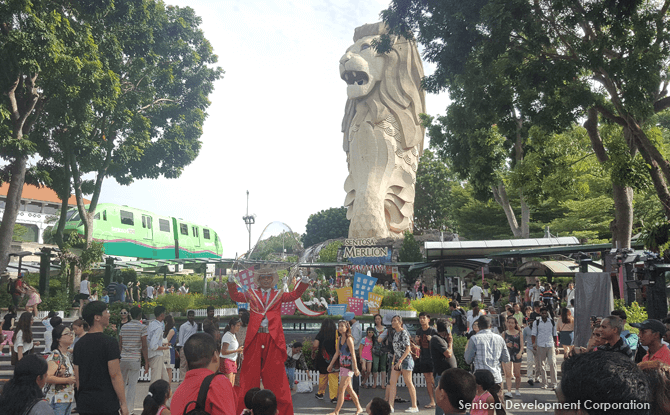 Every Saturday between 15 July to 26 August, music and artistic performances based on Singapore’s four ethnic groups will be held in the Sounds of the Lion City show. These include traditional face-changing, Wushu, Peranakan folk songs, classic Indian songs and East-meets-West fusion music and take place from 5.30 pm onwards at the Merlion Plaza.

Discounts Around Sentosa for National Day 2017