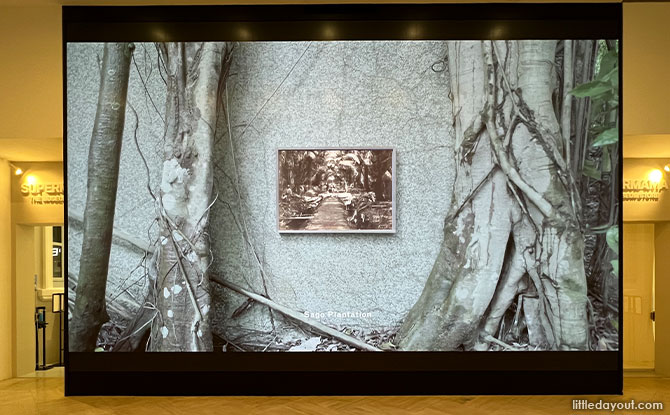 In the lead-up to Earth Day, the National Museum of Singapore and the Maybank Foundation will launch the “Rooting for Change: Artistic Responses to Climate Change and Sustainability” exhibition on 20 April. The first series comprises three video artworks that will be showcased on the museum’s LED Wall. 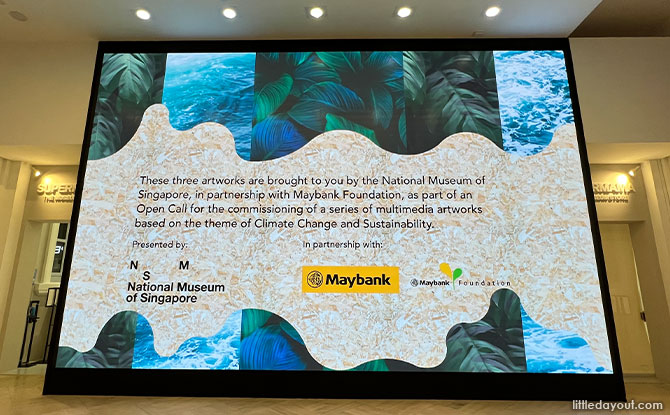 As the name of the exhibition suggests, the artworks address the theme of climate change and sustainability in a mix of artistic styles by artists and creatives with different artistic practices. The three videos being showcased are: Indefinite Waters, Second Chance and Choosing Today for Our Tomorrows. 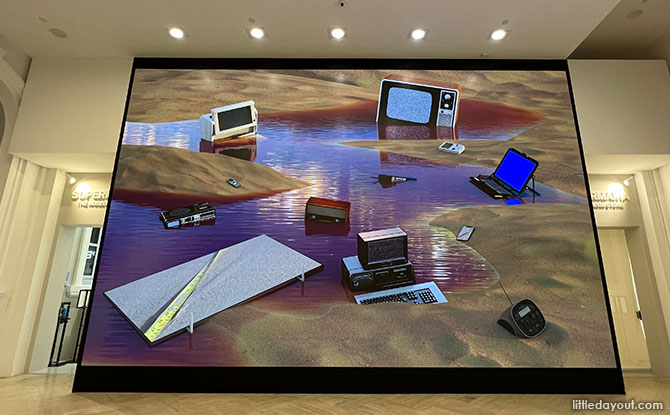 A video by artist collective DASSAD, Indefinite Waters is an experimental video that depicts rising sea levels and how it slowly swallows up a litter of communication devices from across the ages. 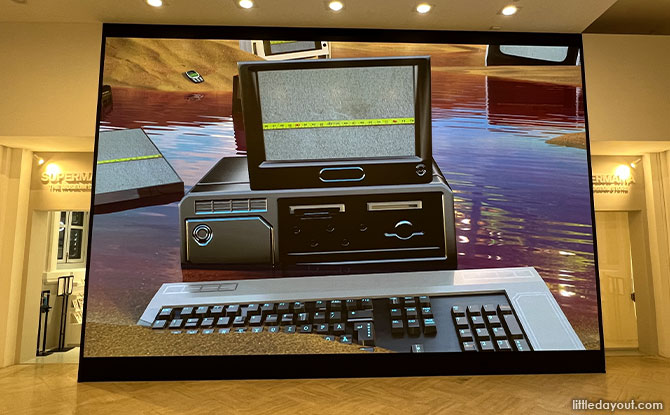 The video features telecommunication and technological devices inspired by Singapore’s National Collection and is meant to demonstrate the paradoxical relationship that humans have with the urgency of our climate future. 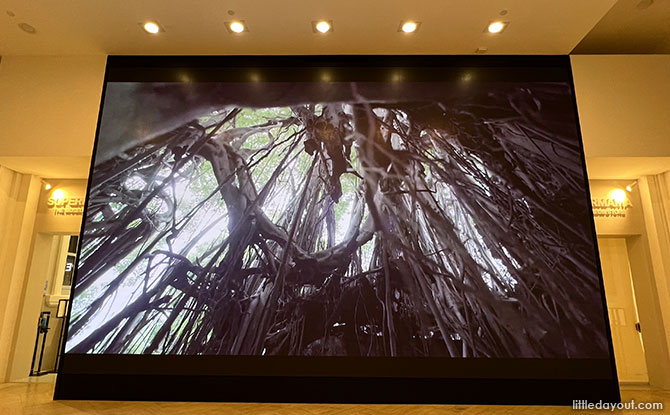 Second Chance by Robert Zhao is a poetic meditative video that sheds light on the historical and environmental richness of Singapore’s secondary forests. Visitors will be able to appreciate this lesser highlighted aspect of Singapore and also see the resilience, compromise and co-existence with other species.

The video consists of various shots of wildlife captured by motion-sensitive cameras placed in these areas.

Choosing Today for our Tomorrows by Ong Wei Ting 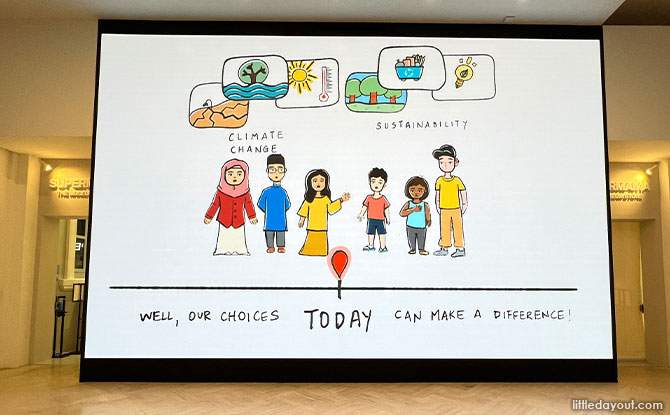 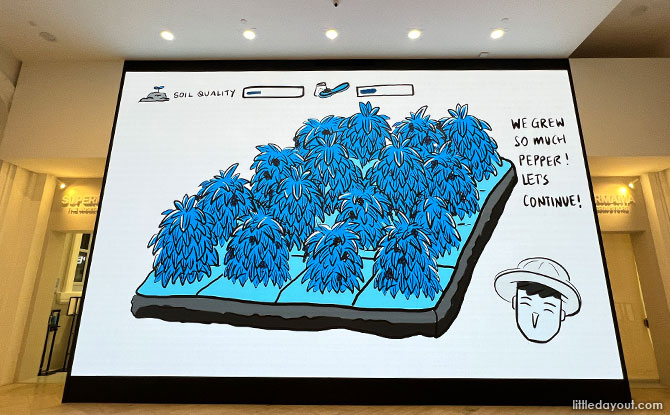 This fun video is sure to be one that catches the eye of viewers across all age groups and has fun and meaningful calls to action.

Rooting for Change at the National Museum of Singapore 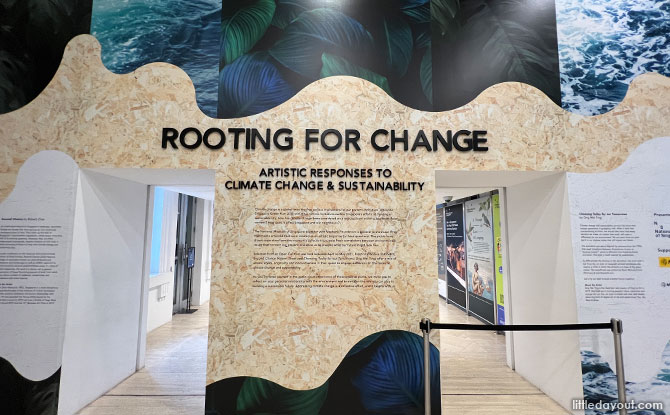 Rooting for Change will be on display until 31 July 2022. Concurrently, the National Museum and the Maybank Foundation are looking for works to feature in their second series. The second Open Call exercise will take place from 19 April 2022 to 18 May 2022 and follow the theme of “Intangible Cultural Heritage” (ICH). The newly commissioned works are expected to be showcased in end 2022.

More details of the Open Call and exhibition can be found at the site here.