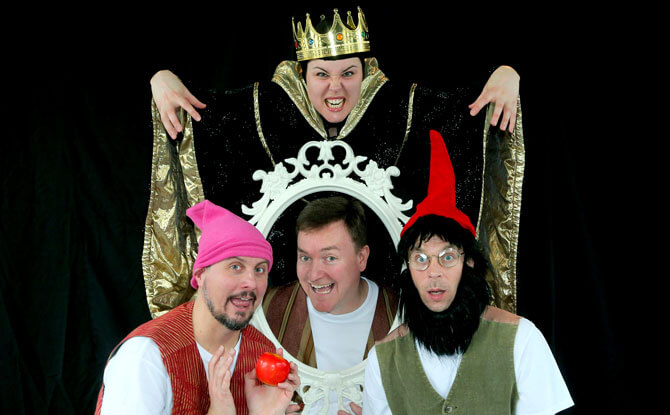 The old adage “less is more” certainly applies in this staging of Snow White by the self-proclaimed “Nearly World-Famous” Duffle Bag Theatre, one of the six acts featuring in this year’s ACT 3i Festival for Children. Backdrop, props and costumes are kept to a bare minimum, and there are no snazzy special effects or lighting. But if you think this makes for a dull experience, the opposite is actually true. Shorn of all those trappings, the emphasis is placed squarely on the storytelling – and it is top notch storytelling served with an extra large dose of humour.

The hilarity of the play is a big winning factor. There are slapstick moments and campy acting for the kids, as well as in-jokes for adults. Pop culture references are tossed in liberally, everything from Justin Bieber and Game of Thrones to Apple and Adele. Groan-inducing puns pop up ever so often. Hamlet and Nietzsche are quoted in throwaway lines.

Other reasons why this Snow White stands out: the improvisation and audience interaction are fabulous. The four actors on stage juggle multiple roles, playing everything from the wicked queen and the magic mirror to three of the seven dwarves and even doors and windows. The audience is roped in for the rest, supplying sound effects (oohs, aahs and boos at the right time) and having Snow White, four dwarves and the prince drawn from the kids there. And amazingly, it pans out very well, despite (or maybe because of) the spontaneity of it all.

With its sharp, witty script and fast pacing, there’s never a dull moment in this original and hugely enjoyable take on what could have been an overly familiar fairytale. 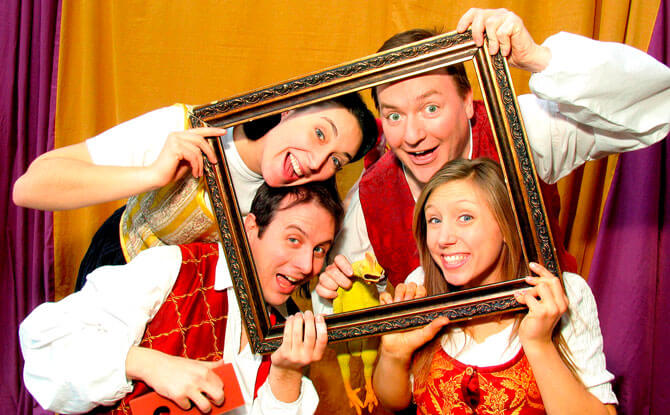 ACT 3i Festival for Children is on from 24 May to 5 June 2016. Recommended for ages from two to 12. On now at the Drama Centre, National Library Building. Tickets available through www.sistic.com.sg.