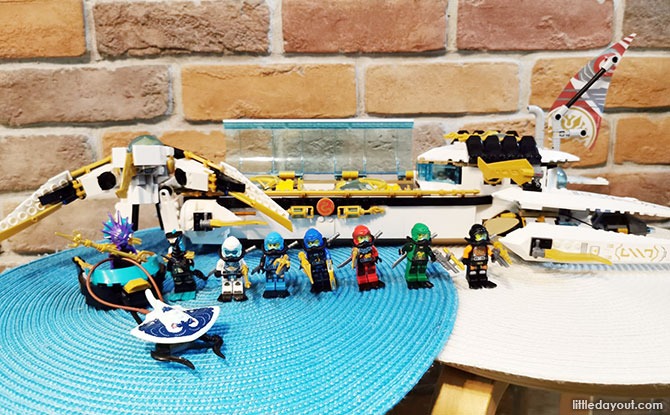 Fans of NINJAGO will want to get their hands on the LEGO NINJAGO Hydro Bounty 71756. It was inspired by the NINJAGO Seabound series and is the largest seabound set with a total of 1159 pieces. There’s plenty of action for this underwater vehicle set which comes with 10 minifigs and movable parts like spring-loaded shooters, foldable wings, turbines and more. 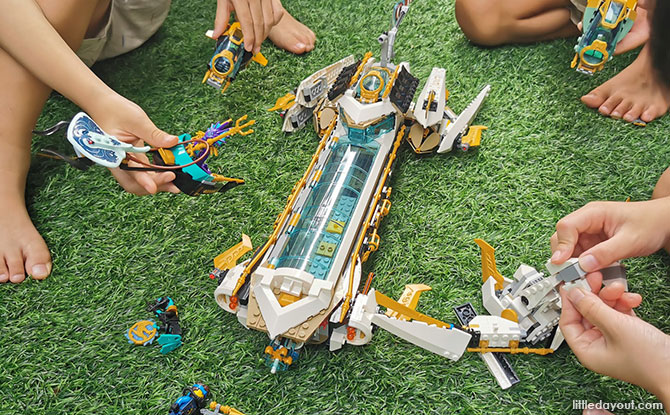 Even adults will be wowed by this set featuring the majestic Hydro Bounty – clearly an ocean-worthy submersible craft. Originally called the Sword of the Sea, this combat craft appeared in the NINJAGO Seabound TV series.

Desperate, the ninjas tried to get the ship afloat and Jay charged the battery with his powers then tried to track the masters of Water. Water was the element in Ninjago that gave Nya her powers. 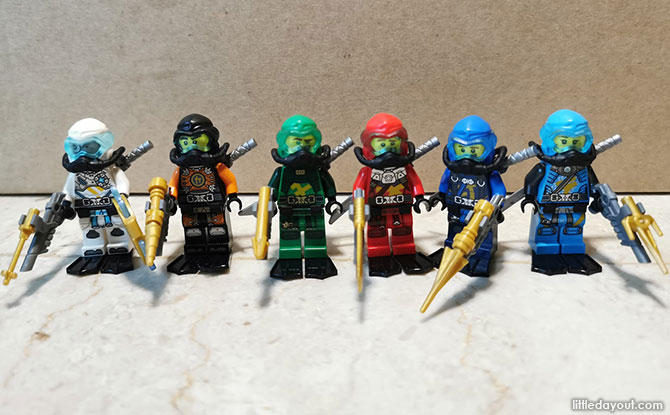 The LEGO NINJAGO Hydro Bounty comes with 10 minifigs, Hydro Bounty and two mini submarines. Take on Prince Kalmaar and his guards with the super boost, get the wings out, fire the spring-loaded shooters or release a mech!

The 1,159 piece submarine set is a substantial piece with 10 minifigs: Scuba Kai, Scuba Cole, Scuba Jay, Scuba Lloyd, Scuba Zane and Scuba Nya, Prince Kalmaar, a Maaray Guard and 2 Wu Bots. The Wu Bots are exclusive to this set and were made by the creator to include Master Wu as a robot looking like a television with legs. Creator Niek Van Slagmaat did not want to leave Master Wu on the surface and fancied the idea of him calling in remotely on television with legs, and that idea turned into the Wu Bots!

The Hydro Bounty would make a cool centrepiece on display. It is 59 cm long and 30 cm wide! Other than its size, it has spring-loaded shooters, foldable wings, a cockpit that opens and a detachable mech that morphs into a robot (with Wu Bot in it) plus two mini submarines!

Children will love the chance to play out an underwater battle scene with the ninjas chasing Prince Kalmaar on his chariot and his Maaray Guard. This is an apt LEGO set for playdates as many hands can manoeuvre the various modes of transport and minifigs.

Shoot from the spring-loaded shooters. 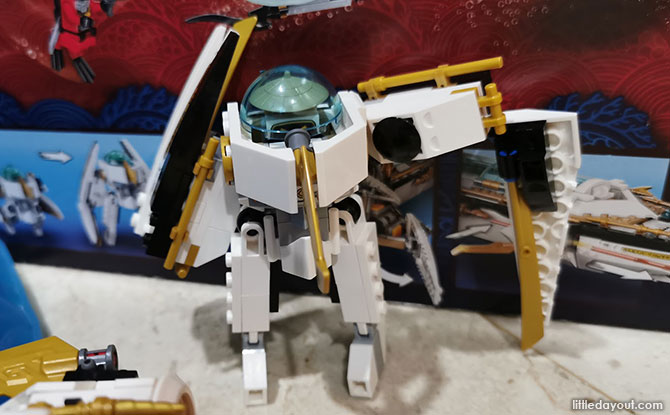 Or transform the mech, simply detach it from the front of the Hydro Bounty and it becomes a formidable fighting bot. 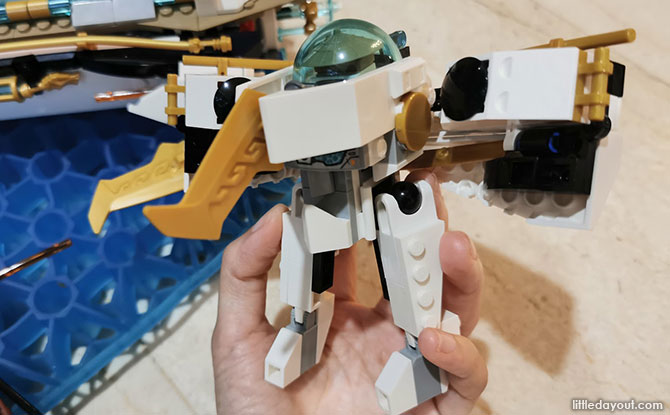 Open the cockpit and the hatch to unleash the mini but mighty submarines! 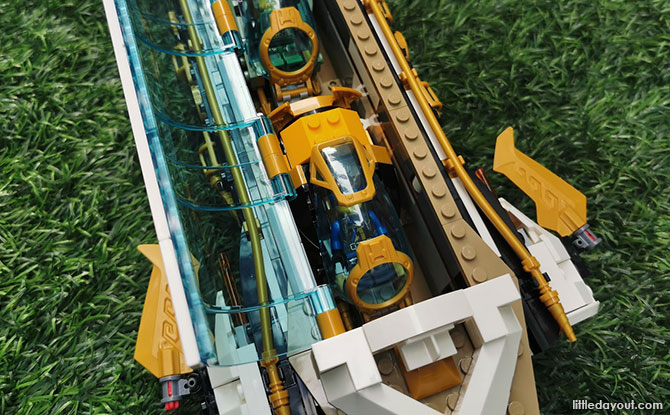 Unfold the wings, sail and set off for a voyage of a lifetime! 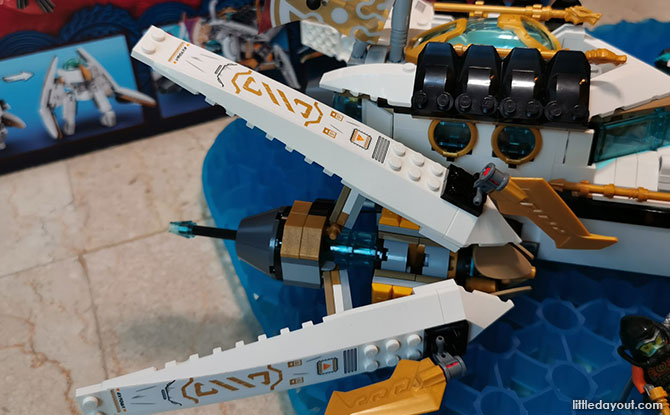 A pretty neat mechanism that the creator came up with was the folded fins on the turbines that you can activate by simply pulling the rear facing cannons! Read more about his design here. 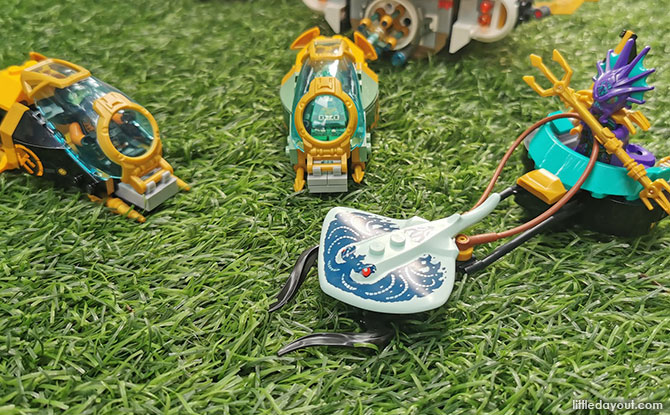 This is an ideal set for ages 7 and above. My sons who are 7 and 10 thoroughly enjoyed the play potential of this set. They have been fans of NINJAGO and this set brings out the fanboys in them even more!

Find out more about the LEGO NINJAGO Hydro Bounty 71756 here.

Pilot Juice Up Gel Pokémon Pens: You Can Get ‘Em All