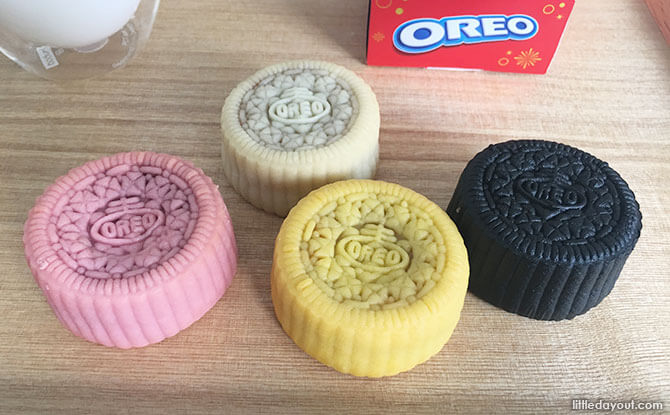 Oreo mooncakes. Yes, it is a thing.

What’s In The Box We got hold of a box which had six of these individually packed mooncakes ($29.90). There were two Brownie Chocolate, two Double Chocolate with Milk and 1 of the remaining two. We couldn’t help but admire these snow skin mooncakes, each stamped with the Oreo logo on the top. What a stroke of marketing genius! The first one we cut into was the Brownie Chocolate Oreo mooncake. This had a rich, “chocolately” flavour which reminded us of biting into an Oreo cookie.

The Double Chocolate with Milk Oreo mooncake was less “chocolately” than the Brownie Chocolate flavour one. 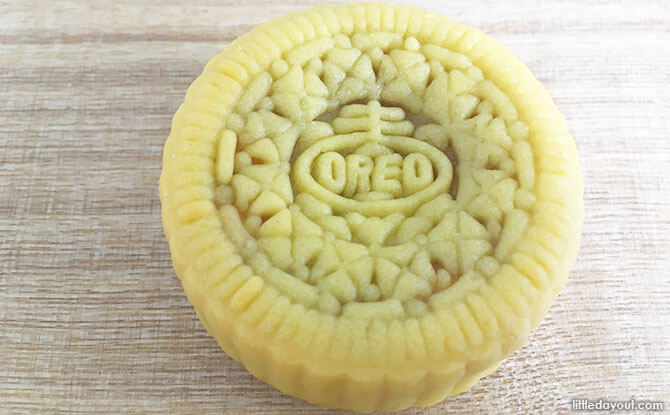 The Strawberry Jam Oreo mooncakes didn’t taste too sweet, and there were also bits of strawberry seeds in it.

Overall, our personal favourite was the Double Chocolate with Milk Oreo mooncake.

The Oreo mooncakes are a novel and fun take on mooncakes for the upcoming mid-autumn festival. 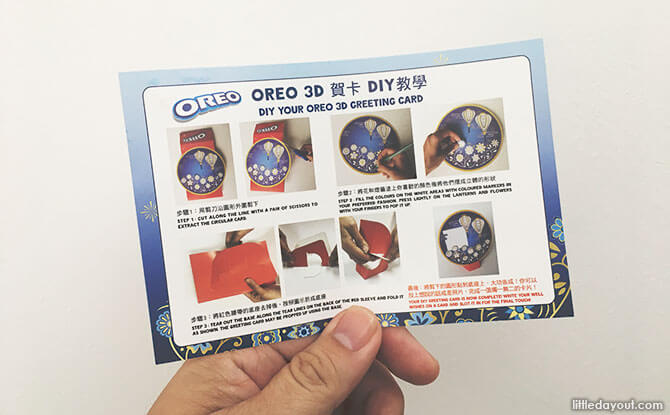 It also comes with a set of instructions to turn the cardboard sleeve that comes wrapped around the mooncake box into a personalised Oreo 3D greeting card. You’ll be left wondering whether to accompany these mooncakes with a cup of tea or a huge glass of milk.

READ: Mooncakes in Singapore – From Traditional to the Unusual