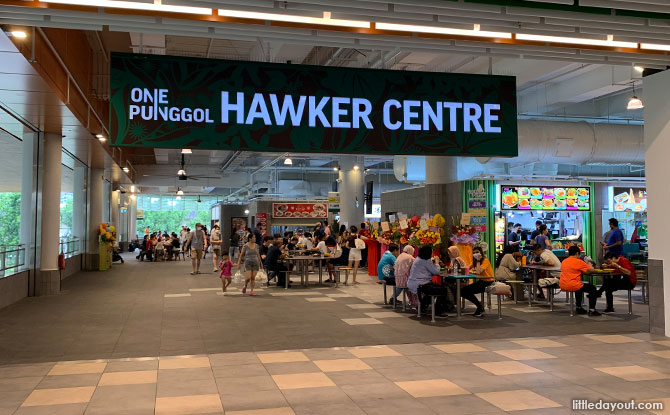 One of the most anticipated amenities that people have been looking forward to at One Punggol Integrated Hub is the One Punggol Hawker Centre – and it is now open!

Located at the second floor of the five storey-building, the One Punggol Hawker Centre boasts 34 food stalls and has 700 seats available (although even then, that might not be enough seats). 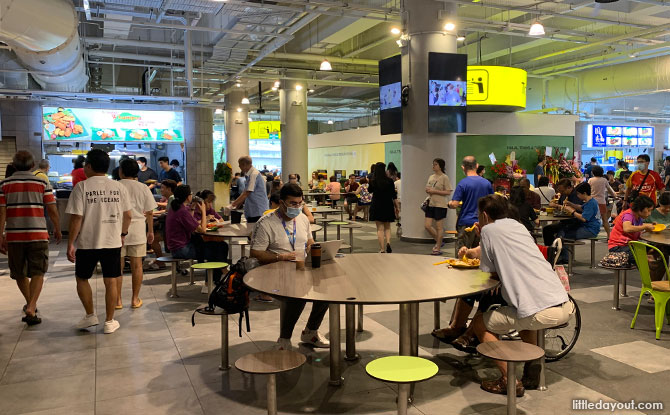 The One Punggol Hawker Centre is open from 7 am to 10 pm, however, not all the stalls may be open all the time. And, while some of the stalls were not open when we visited, the vast majority of stalls were! Plus, the crowds were there too!

Here’s a look at the various food stalls that you can find at One Punggol Hawker Centre.

One Punggol Hawker Centre: Food Stalls and What to Eat

There are two entrances to the hawker centre. The stalls are (mostly) arranged along three aisles. 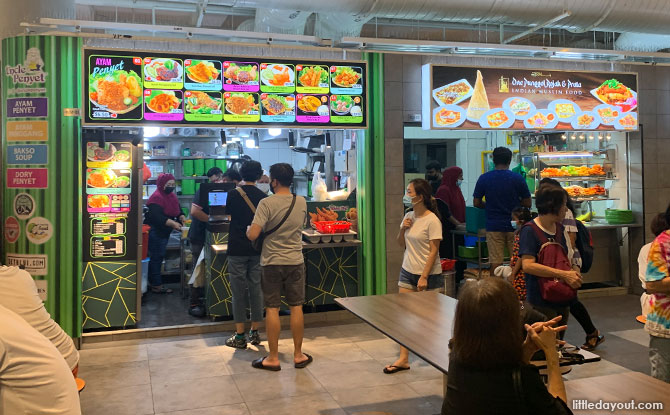 Entering the hawker centre from the entrance closest to the escalator, the first row of food stalls include an ayam penyet stall ($6.50 for a smashed chicken set) as well as an Indian Muslim Food stall, One Punggol Rojak & Prata. You can get Indian rojak at the Indian Muslim stall too. 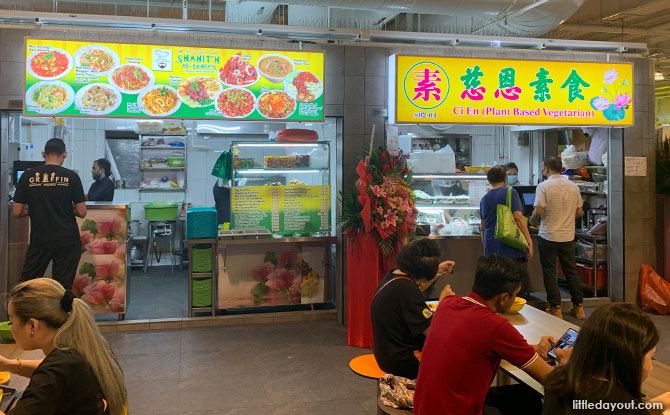 Next to those two stalls is Shahith Ar-Raheeq, another Indian Muslim food stall with nasi/mee goreng, tulang merah and more. It’s neighbour is Ci En, a plant-based vegetarian stall. 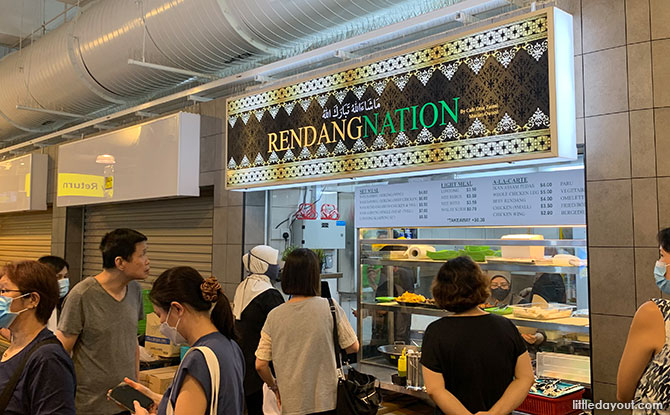 Behind these food stalls, in the next row of food stall is the Muslim-owned Rendang Nation. 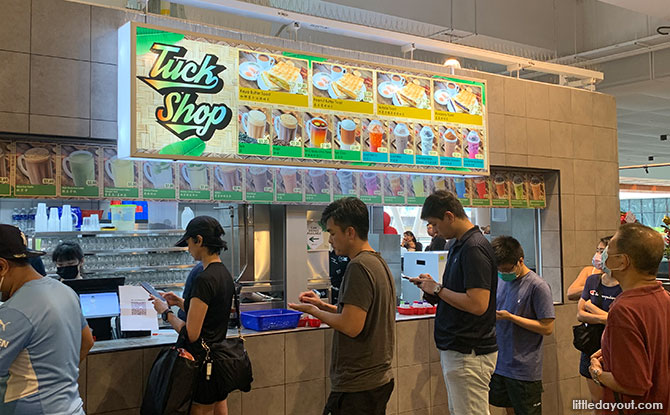 Moving further into One Punggol Hawker Centre, along the first row of food stalls, you will reach the drinks stall. Expect a long queue here. There seems to be only one drink stall at the hawker centre – Tuck Shop. They should REALLY allow more drinks stalls to open up. 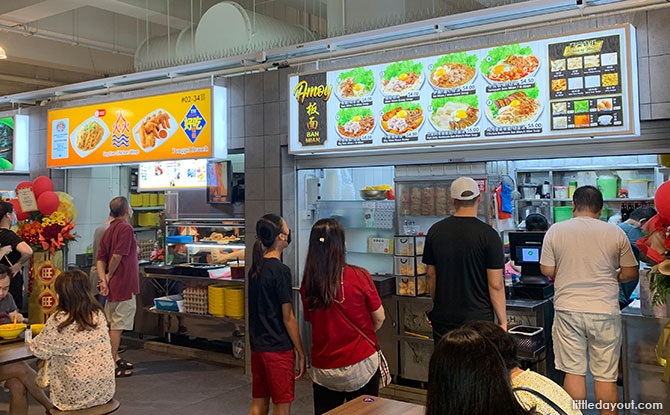 Next to the drinks stall is a stall with another long queue. This is for the Eng Kee Chicken Wings stall. Beside the chicken wings stall is Amoy Ban Mian ($4 for a bowl of Ban Mian or Mee Hoon Kway Soup). 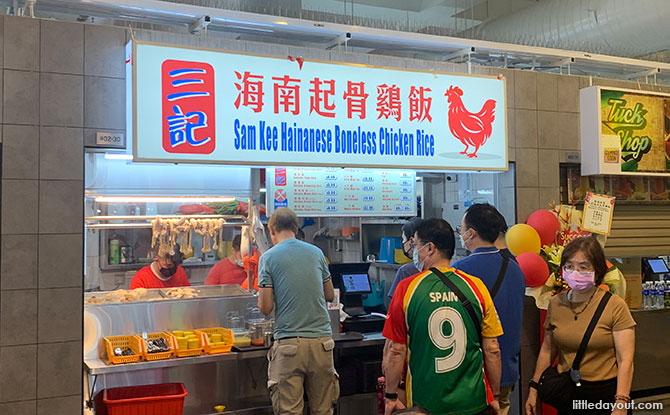 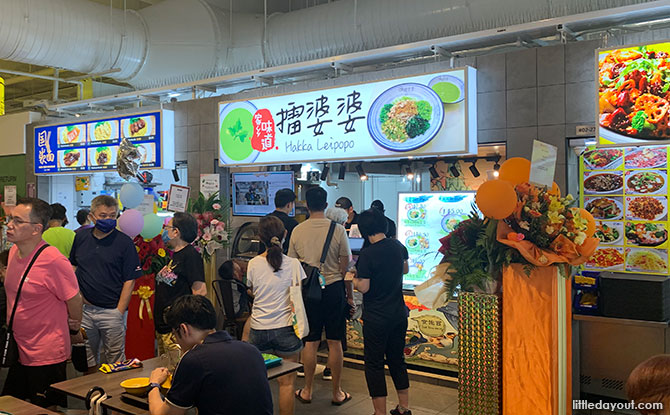 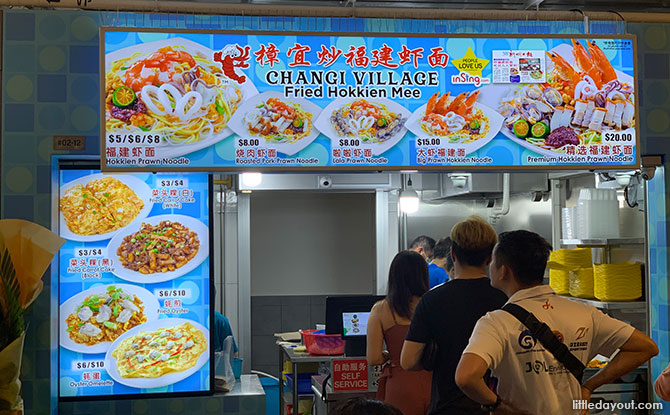 Along this aisle of stalls there is also Changi Village Fried Hokkien Mee (from $5 for Hokkien Prawn Noodle) and an ah balling peanut soup stall (such a welcomed sight!). 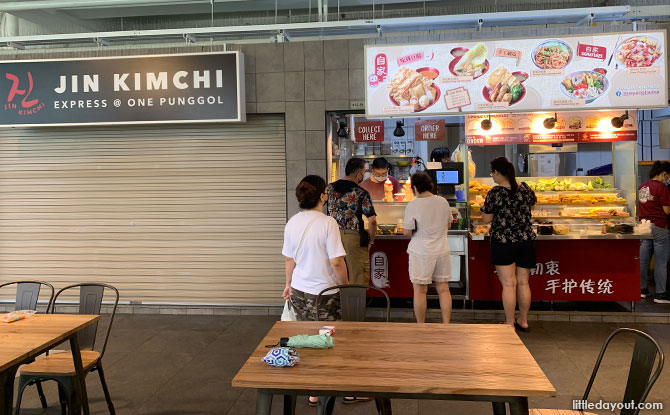 There’s also a yong tau fu stall at the end of the row and what looks like a Korean food stall, Jin Kimchi, too (it was closed when we visited). 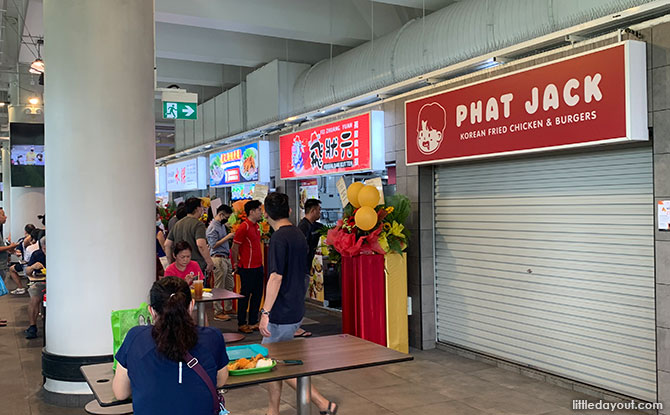 At the rear of the One Punggol Hawker Centre, Phat Jack is a stall which advertises Korean fried chicken & burgers, but it was closed when we visited. 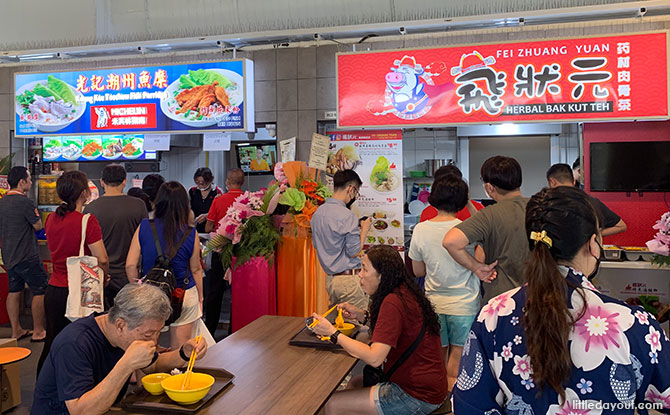 Other stalls include a bak kut teh stall, Kwang Kee Teocheck Fish Porridge, which has both sliced fish porridge and sliced fish beehoon. 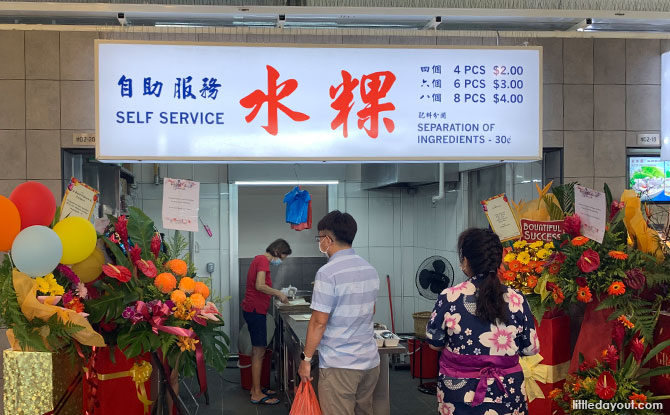 Those who like chwee kueh can also pick up some at the stall which is beside a mixed rice stall and a mini hotpot BBQ stall. Read more about what you can expect to find at One Punggol Integrated Hub.