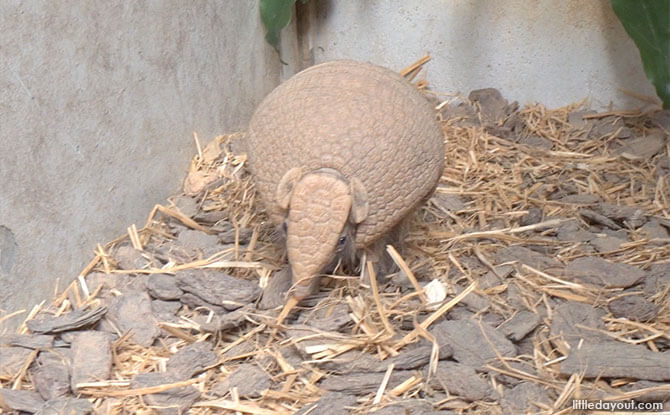 Since late last year, a new pair of animals have taken up residence along the Night Safari’s Fishing Cat Trail – two southern three-banded armadillos. These small, brown mammals are usually found in grasslands and savannah regions in the wild. Nocturnal by nature, they can sleep for up to 16 hours a day and mainly come out at night to feed.

Here are some interesting things to know about the armadillos at Night Safari’s Fishing Cat Trail.

The southern three-banded armadillo are native to central South America and can be found in countries such as Argentina, Brazil and Paraguay. However, the two at Singapore’s Night Safari have come from zoos in Europe, where they were born.

Rocha, the male Southern three-banded armadillo, arrived from Beauval Zoo in France in May 2019. His name means “Rock” in Portuguese. He has an active personality and his favourite foods include ants’ eggs and mealworms.

The female armadillo at Night Safari is named Rolar, which means “to roll”. She arrived from Poland’s Wroclaw Zoo and is about half a year older than Rocha.

2. Only Mammal to have Armoured Plates

Armadillos are unique because they are the only mammals with this protective armour. Known as a scutes, it is made up of the protein keratin. In fact, the word armadillo comes from Spanish for “little armoured one” and is a reference to the bony plates which cover its back, head and tail.

3. Southern Three-Banded Armadillos Can Curl Up into a Ball

While there are many species of armadillos, such as the giant armadillo, pink fairy armadillo and six-banded armadillo, most are unable to curl up into a ball for protection. Instead, what they do is to burrow into the ground, leaving only their armoured plates exposed to predators.

However, the species at Night Safari, the southern three-banded armadillo, is one of two species that is able to curl itself up into a complete ball for protection. It does so by folding its body in half and tucking its heads and legs into its shell.

Not only can the southern three-banded armadillos transform to resemble a ball, but one of their favourite activities also involves a ball. 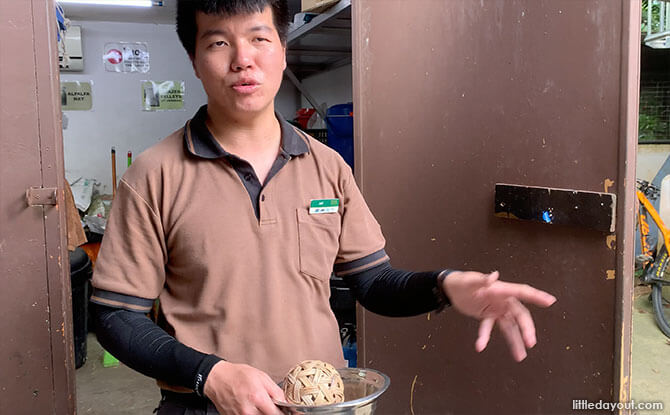 According to keeper Jeff Choo, one of the enrichments which they have devised for the armadillo is to stuff mealworms in a rattan ball for the animals to find. 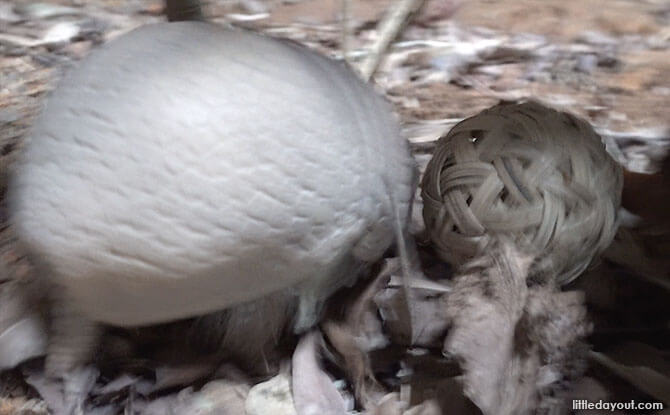 The armadillos then roll the sepak takraw ball around, as if playing football, knocking the mealworms out before devouring them up.

5. How to Tell Rocha & Rolar Apart

Rocha is distinguishable by a black spot on his armour. Rolar, on the other hand, has a completely brown shell. Usually, you will only see one of them at the Night Safari’s Fishing Cat Trail exhibit at any point in time.

If you don’t see the Night Safari’s armadillos at the exhibit, they may be out at the Fishing Cat Trail’s new Explorer Outpost. 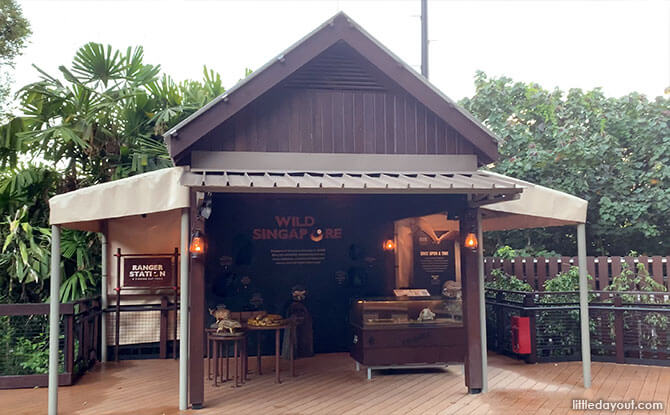 This ranger station features information displays about animals such as the pangolin, binturong and colugo. 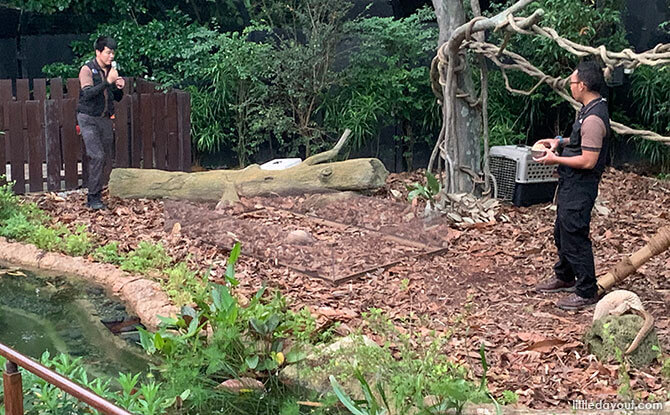 It also serves as an interaction hub where the keepers showcase the natural behaviours of the Fishing Cat Trail’s residents, such as the southern three-banded armadillos, throughout the evening.