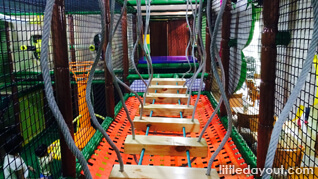 Over in Katong, Ho2T (say “Hot”) Playland is a cosy, colourful, fully-padded affair within the newly-refurbished shopping mall Katong V. Hop over to the newly renovated Suntec City near Tower 3, and you’ll find the fourth Polliwogs in Singapore.

Little Day Out sniffed out the unique X-factor for these new kids on the indoor playground block. 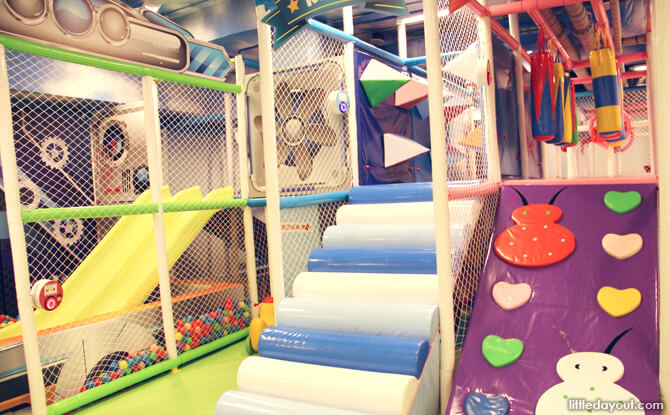 Designed for kids aged two to 12, Ho2T Playland seems tailor-made for the younger set. We think it’s best appreciated by tots up to the age of eight.

The highlight of Ho2T Playland is its two-storey fully-padded play area, safe even for toddlers to explore. As it’s challenging for parents with very young children to find a safe and suitable indoor playground for their under-3 tots, Ho2T is a breath of fresh air.

Ramp Up Play with a Competition 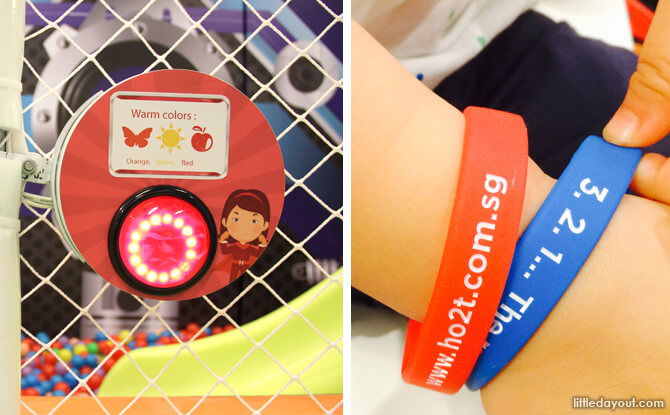 For those looking for more structured play – for instance, healthy sibling rivalry – this indoor playground offers a fun Humans vs Robot competition of sorts. Each kid chooses to be on the Human or Robot team, marked by a red or blue wrist band (which comes free with a ticket).

The team that completes the task of hitting all the buzzer-buttons at designated landmarks will be able to play at the air-guns area and score points for the team. At the guns section, balls pop out from the first level and each gun will blast out a gust of air to ‘shoot’ the balls.

Ho2T Playland
Rates: Below 2 years old, from $10 an hour on weekdays.
See more…

The Polliwogs at Suntec City 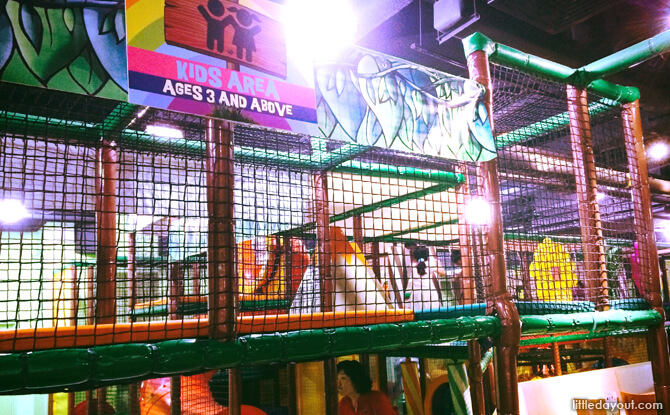 Enter a sprawling jungle-world of stepping planks, meandering slides and climbing ropes, among other adventures at The Polliwogs in Suntec City.

The latest indoor playground by the Polliwogs franchise is its fourth and largest so far. Once you’re inside, you will realise the play space goes deeper… and deeper in. Much like a secret jungle that needs exploring.

This mega-playground is such a treat for older kids. They can spend hours climbing, running, sliding, swinging, side-stepping, tunnelling, shooting, diving, descending with conveyor belt-type rollers… in other words, they will be spent at the end of it all! Ain’t that a bit of welcome news for dad and mum?

Toddlers under three won’t be left out as there’s a small play zone specially for the younger set. Shorter slides feature prominently and a large trampoline sits filled with water – rather much like a huge waterbed. A bouncy castle beside the toddler’s play zone is a welcoming sight to jumpy little tots – and even the older kids love a good bounce once in a while. 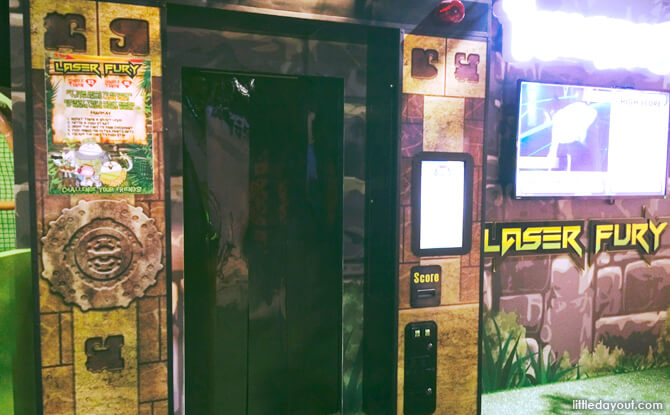 A little day out at The Polliwogs at Suntec City will not disappoint. There is something here for the very young, for the older kids, and a chill-out corner for dad and mum.

Take A Ferry From Sentosa Cove Village To Lazarus Island: 15...