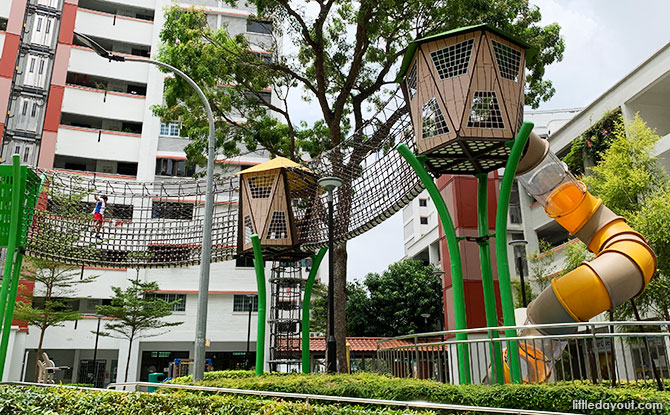 Surrounded by HDB apartment blocks at Jurong East Street 24 is an impressive children’s playground, not far from Yuhua Village. 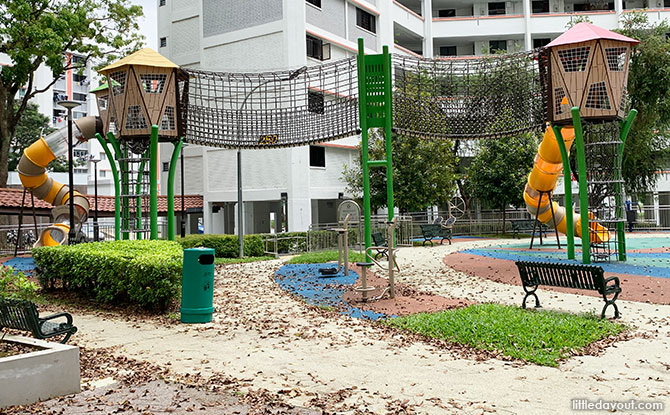 The most prominent feature of the Jurong East Street 24 playground is the high, netted play structure. Green pylons hold little huts up in the air. These towering, brown aerial huts are interconnected with a series of netted bridges.

Intrepid kids can climb up a cargo net to reach the hut and venture out on to the netted bridge to get from pylon to pylon. 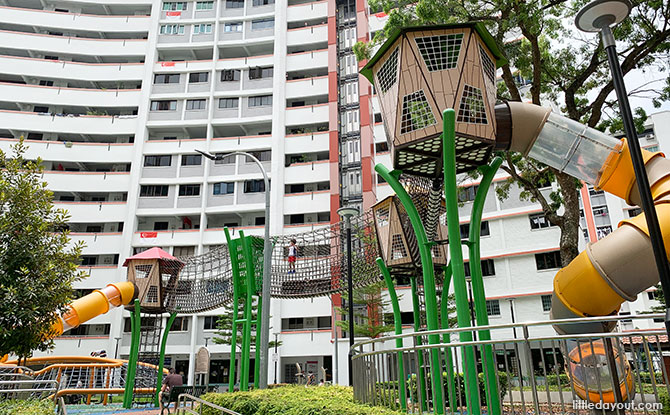 Getting back down is much easier. There are yellow tubular slides attached to the huts at the two ends of the high playground structure. One spirals quickly downwards while the other stretches out provides a more gently sloped exit from the play structure.

Other Equipment at the Jurong East Street 24 Playground 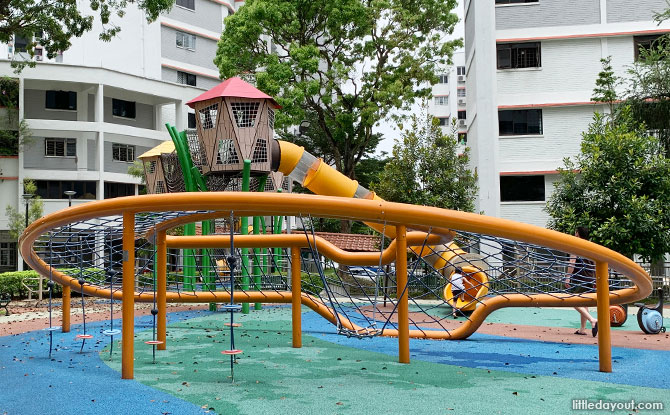 The Jurong East Street 24 playground also has a low orange climbing net. This allows kids who aren’t ready to graduate to the higher climbing structure to still have fun at the playground. 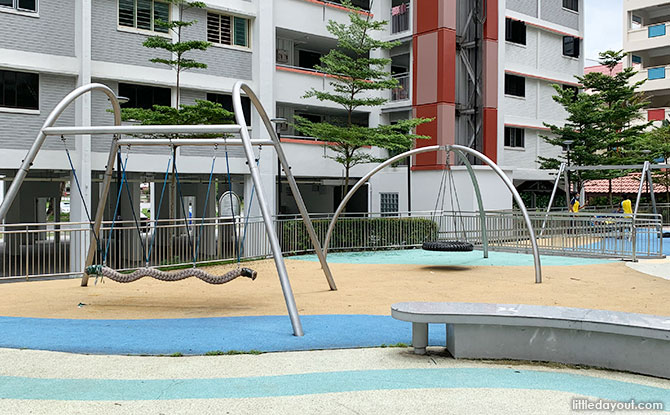 A variety of swings, from a long rope swing, to a spinning disc swing and regular ones can also be found at the neighbourhood playground. 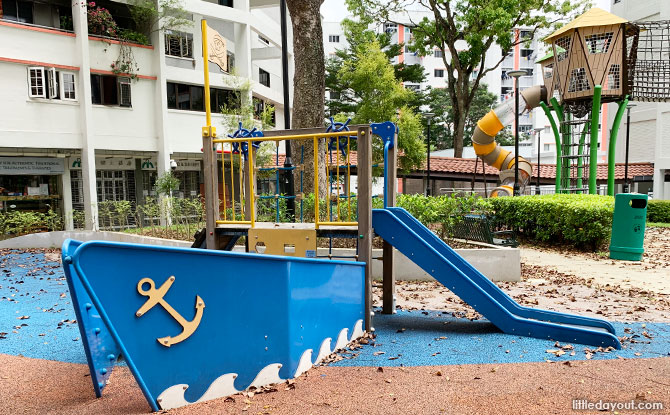 Toddlers are not forgotten either. There is a blue and yellow ship-themed play structure with elements such as a slide and low climbing apparatus at the playground too. 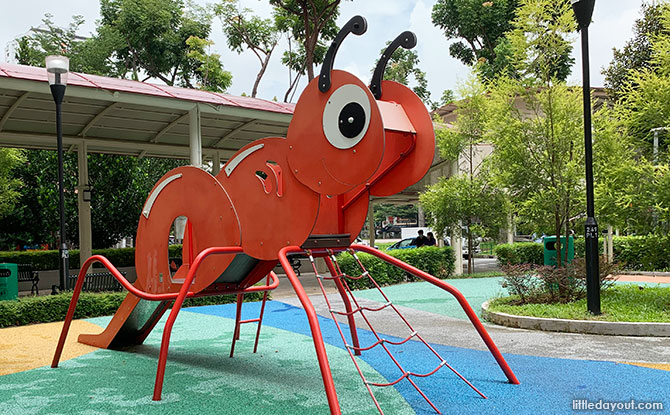 A short distance away from the main playground, there is another smaller one with an ant play structure for younger children. 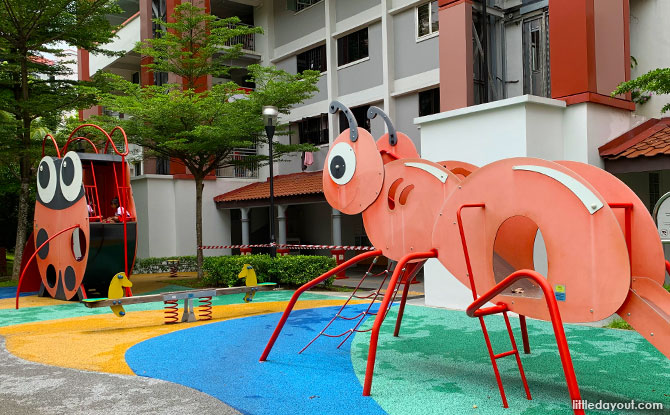 This is accompanied by a little ladybird climbing frame, similar to the type found at Everspring Park in Yishun.

Where is the Jurong East Street 24 Playground

The ant and ladybird playgrounds can be found in front of Block 251 Jurong East Street 24. 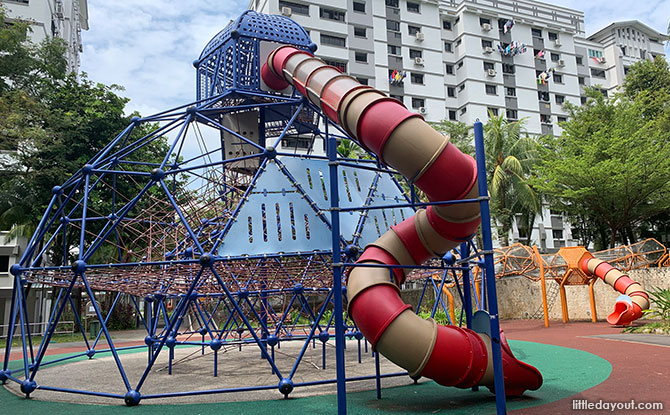 READ: The Double-Domed Playground in the Neighbourhood