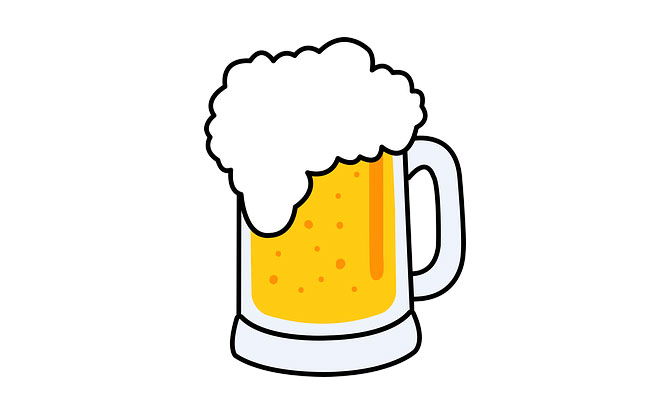 Did you know that every April 7 is National Beer Day? This is a time when one can raise a toast to this beverage. This drink goes back thousands of years, and it is enjoyed by many. Another way to enjoy beer is by reading some beer jokes. Here are some of the best beer jokes on the internet.

Jokes About Beer To Say Cheers To 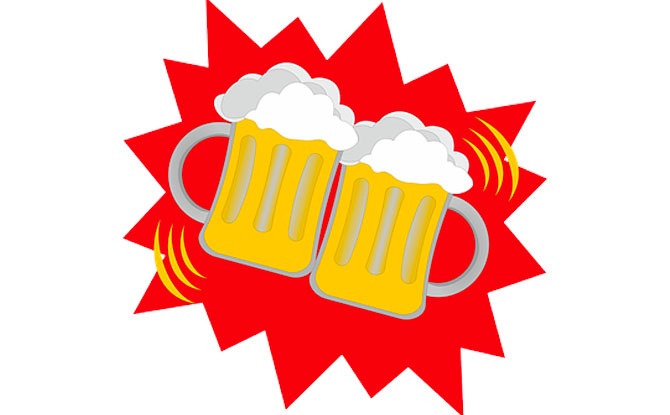 2. Why do they never serve beer at a math party?
Because you can’t drink and derive.

3. What does Santa Claus drink to get drunk?
A polar beer.

4. What did the bottle write on the postcard?
Wish you were beer!

5. What do you call a Jewish beer?
A Hebrew.

6. What do you never say to a policeman?
“Sure let me grab my license. Can you hold my beer?”

7. What is the definition of a balanced diet?
A beer in each hand.

8. Why do frogs taste like beer?
Because of all the hops

9. How do you know if someone likes craft beer?
Don’t worry they’ll tell you.

10. Why do we love beer?
Because you can’t drink bacon. 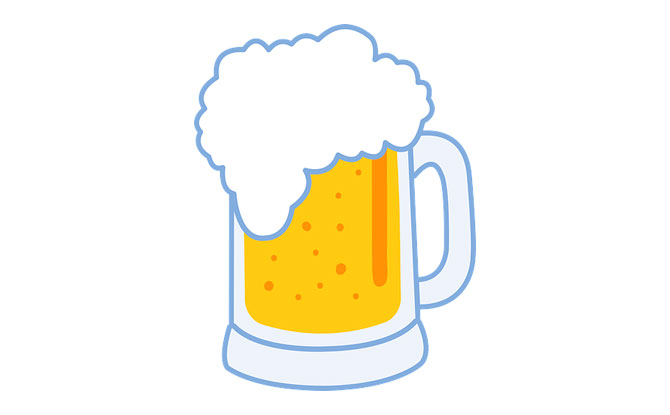 Who says jokes need to be elaborate? Here are some funny beer puns and one-liners that you can memorise and tell the next time you’re in a gathering. You’re sure to get a cheer or two.

11. My body is not a temple. It’s a microbrewery with legs.

13. Some people see the glass as half empty. Some see it as half full. I just wonder who on earth is drinking my beer.

14. Sign outside a bar: “Buy one beer for the price of two and get your second beer absolutely free.”

15. Beer and life are best enjoyed the same way. Chilled

16. This beer tastes like I’m not going to work tomorrow.

17. Beer is made from hops. Hop is a plant. Therefore, Beer is a salad.

20. I fear my last words will be: Hold my beer and watch this.

22. Remember, it’s only a beer commercial. That kind of happiness may not be attainable.

23. Fun fact about root beer. You can turn it into regular beer by pouring it into a square cup.

24. You shouldn’t drink beer every day. That’s why I only drink at night.

25. A neutron walks into a bar and asks, “how much for a beer?” The bartender replies, “for you? No charge!”

26. Spilling a beer is the adult equivalent of a kid dropping an ice cream.

27. Never look at your beer as half empty. Look at it as halfway to your next beer.

28. When my friend fell asleep at the bar I poured ale at him. It was a brewed awakening.

29. A Roman walks into a bar. He holds up two fingers and says:
Give me five beers.

32. They say you can’t find happiness at the bottom of a beer. No kidding, who’s happy when their beer is over?

33. A hamburger walks into a bar and orders a beer.
The bartender says, “Sorry, we don’t serve food here.”

34. A man holding a large block of asphalt walks into a bar.
He says to the bartender, “A beer for me, and one for the road.”

35. Beer doesn’t make you fat. It makes you lean; against walls, doors, toilets…

Who doesn’t love a good story? Here are some funny stories and jokes about beer that you can tell your friends the next time you bond over a cold one.

36. A Zebra walks into a pub and asks for a beer. The bartender says “Sorry I can’t serve you”The Zebra asks “Why not?” “Because you’re barred” replies the bartender.

38. Two frat boys were stranded at sea on a lifeboat. On the 4th day, a mermaid came out of the water and offered them one wish to save their lives. The frat boys thought about it, and one shouted out, “I wish the ocean was a sea of beer.” And it happened.
A little while later, the other one shouted, “Great, now we have to pee in the boat!”

39. A man walked into a bar and sat down, ordered a beer and drank it until suddenly he heard a voice. “Nice tie.” The man looked around. Nobody was there except him and the bartender. “Really cool shirt, too.” The man was concerned. He thought he must be losing his mind. “I like your hair like that!” Finally concerned, the man said to the bartender, “I keep hearing this voice.” The bartender replied, “Those are the peanuts, sir. They’re complimentary.”

40. Got home to find my wife had left a note on the fridge that said “This isn’t working. I’m going to my mum’s.” I opened up the fridge. The light was on and the beer was cold. I’m not sure what she was talking about.

41. An eyeball walks into a bar and asks for a beer.
The bartender says, “I can’t serve you! Where’s your mouth?”

44. Two guys were sitting on a dock, drinking beer and fishing with their feet dangling in the water. One guy said, “Oh no. An alligator just bit one of my feet off.” The other guy said, “Which one?” And the first guy said, “How should I know? All the alligators look alike.”

45. Dracula, a werewolf and Casper the Ghost walk into a bar. Dracula says, “Two beers and a brandy. thanks.” Barman replies, “Sorry mate, we don’t serve spirits.

46. A married couple on a tight budget were shopping in a supermarket. The husband picks up a case of beer and places it in their shopping cart. The wife complained, “Put that back, we only have enough funds for essential items – not luxuries such as beer costing $20.” A little later while walking through the cosmetics aisle, the wife picks up a beauty cream and places it in the cart. The husband says, “I thought we were on a tight budget, buying only essential items, right?” The wife responds, “This item IS essential. It makes me look beautiful!” “Well,” says the husband, “the beer also makes you look beautiful and it’s half the price of the cream.”

47. A pig walks into a bar and orders ten beers.
As soon as the pig is finished drinking the beers, he pays the bartender and starts to leave the bar. “Wait!” says the bartender. “You drank so much beer. Wouldn’t it be wise to use the bathroom before leaving?” “Not for me,” says the pig. “I’m the type of pig that goes wee wee wee all the way home.”

48. Every Friday a guy would walk into a bar and order 3 beers.
Then he’d sit at a table, drink each one by himself and leave.
He does this every Friday for a few weeks until the bartender becomes so curious he asked the guy about this routine.
“Well, you see I have two buddies and we always would have a beer with each other when we were together. But now they’ve both moved to different parts of the country.
We still keep up the tradition, where we’re at, and have just one beer for each of us on Friday nights.”
His curiosity satisfied, the bartender goes back to serving his other customers.
This goes on for several months until one day the guy comes in and orders only three beers. Seeing how sad the fellow is the bartender brings him his two beers and offers condolences for his loss.
Confused the guy asks why the bartender was offering condolences.
“It’s just that since you normally order three beers, but tonight you only ordered two. I just figured something must have happened to one of your buddies?”
“Oh no, we’re all just fine. It’s just that it’s Lent and I gave up drinking till Easter.”