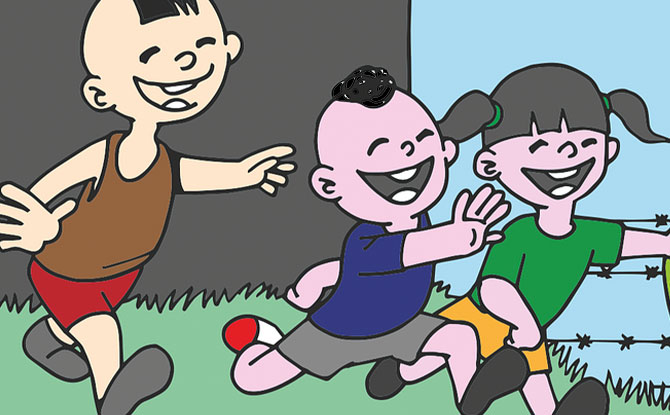 Freeze Tag is a variation on the classic game of Tag. The main difference of freeze tag is that when a person is tagged, the player must be “frozen” and is unable to move until a fellow teammate tags the frozen player to release them. The player who is “it” wins by freezing all the other players. Here’s how to play Freeze Tag.

What you need to play Freeze Tag

How to play Freeze Tag

Start by picking two players to be “it”. The other players will be the “runners”. Set a timer for the total duration of the game. The two players who are “it” have a few minutes to work together and try to tag and freeze the other participants.

A person who is “it” has to shout “Freeze!” as they tag a “runner”. The “runner” will then have to freeze and stop in the position that they are in until another “runner” can tap then and say the words “Unfreeze!”

The player who is ‘it’ cannot hang around waiting to tag when someone is trying to unfreeze a frozen player.

The game is won either by the players who are “it” when they have frozen all other “runners”, or it is won by the “runners” the time in the timer has run out and at least one other player is still unfrozen.

For those who might not have enough players to choose more than one “it”, the difficulty of “unfreezing” a “runner” can be increased instead. One way to do this is by making other “runners” perform a more complicated action, such as readjusting another “runner’s” limbs to be in a certain position before they can unfreeze.

An element of role-playing can be added into this game by allowing players to play this as a variation of “Police and Thief”.

The players who are “it” can also be given water guns filled with ice water to make the whole experience of “Freeze” even more realistic!