Home Play Ideas & Activities How To Build A LEGO Merlion 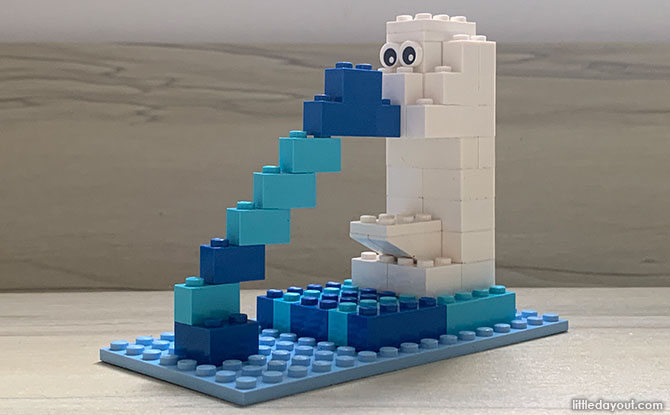 There are few more instantly recognisable icons of Singapore than the Merlion. This led us to try to build a LEGO Merlion.

For us, we had to make do with whatever bricks we had available and this is what we came up with.

To start off the LEGO Merlion build, we chose a blue LEGO base plate as the starting point. On this, we started to build the plinth on which the Merlion stands on. 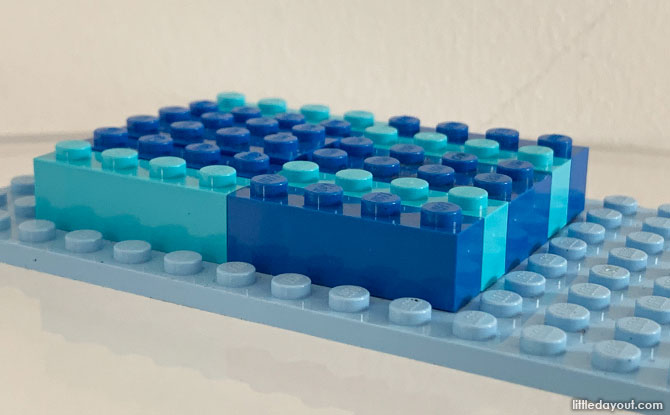 This is usually made up of waves and so we used several interlaced blue and light blue bricks to create the plinth.

The next part of the LEGO Merlion build consists of the lower body and its distinctive mermaid’s tail. 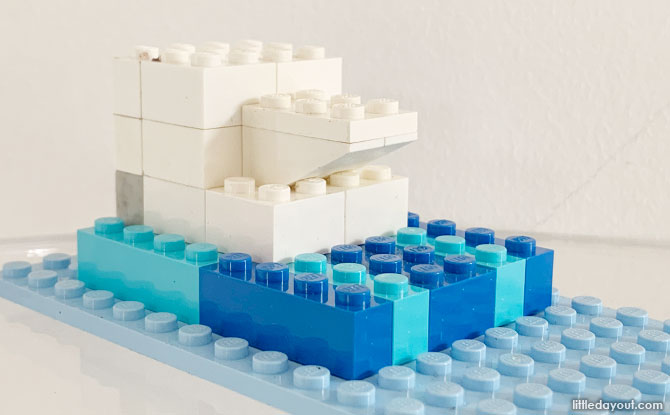 The body is quite straightforward to build. For the upturned tail, we used the slope 45-degrees inverted bricks.

How tall you wish to build your LEGO Merlion will depend on how many bricks you have at your disposal. 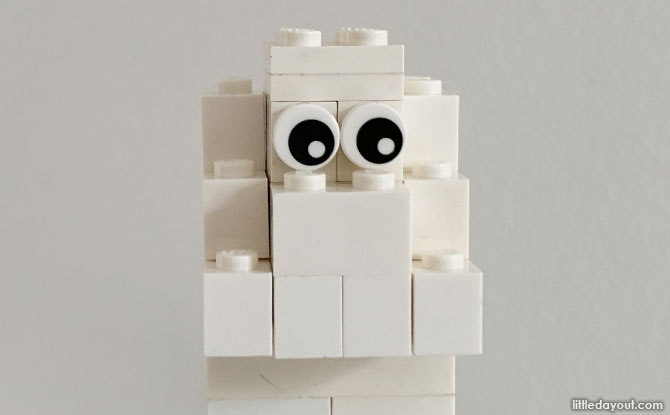 When it comes to the head, you can use brick to create a protrusion for where the face comes out. We tried to build what resembles a mane around the face. 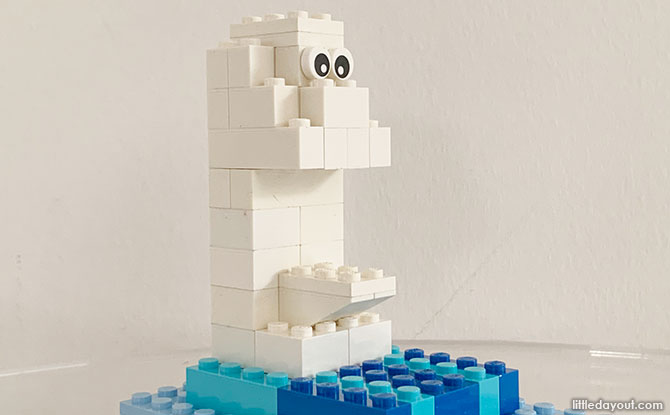 To finish off the face, we added two LEGO eyes to give it a bit of personality.

How To Build A LEGO Merlion Variation 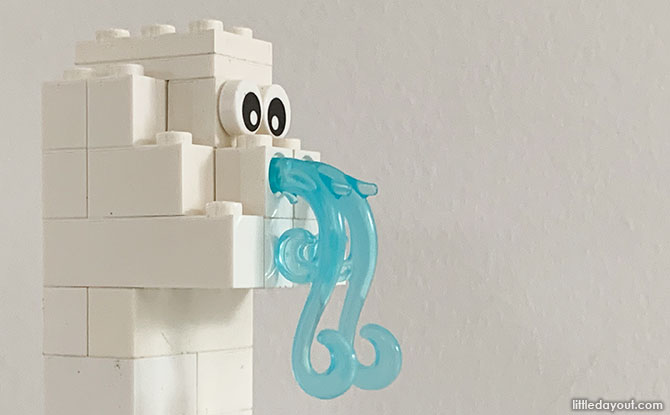 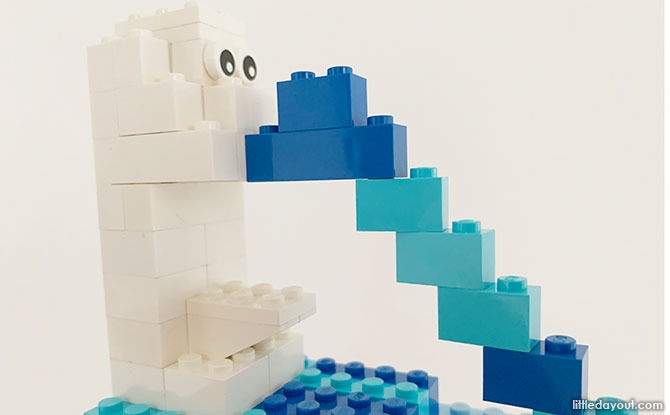 We also tried to build the water fountain with LEGO bricks. Hmm… still not quite there.

And that’s our LEGO Merlion build. It was hampered by the number of white LEGO bricks available and we do wish that we could have added more details.

If you do a LEGO Merlion build too, do tag us on Instagram to share it with us!