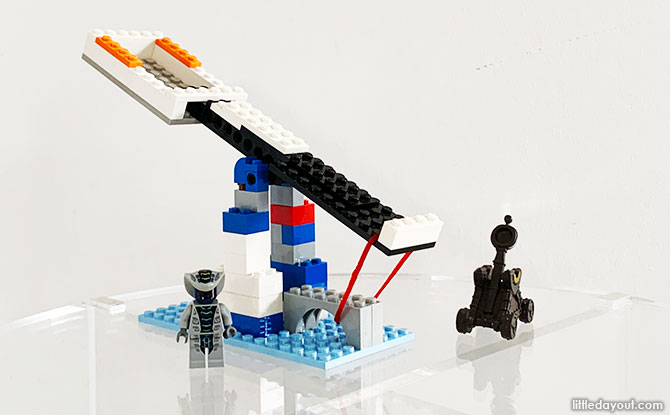 In medieval times, a catapult was a fearsome siege weapon which could be used to launch projectiles at a castle. With LEGO building blocks, a miniature version of this contraption can also be constructed. And, building a working LEGO catapult can be fun way to learn about how levers work and experiment with Science – under adult supervision.

How to Build a LEGO Catapult

The main parts of a catapult are its frame, the beam and a bucket to hold the payload. As siege weapons, medieval catapults would often be built with wheels so that they could be manoeuvre into position.

For our LEGO catapult build, we will start with a baseplate which will serve as the foundation. On top of the baseplate, we can start to build the frame. 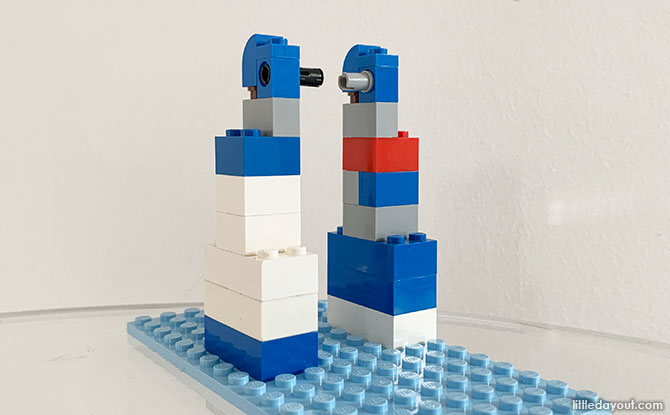 The frame is made up of two pylons. Each pylon is made three 2 x 2 bricks stacked on top of three 2 x 4 bricks. 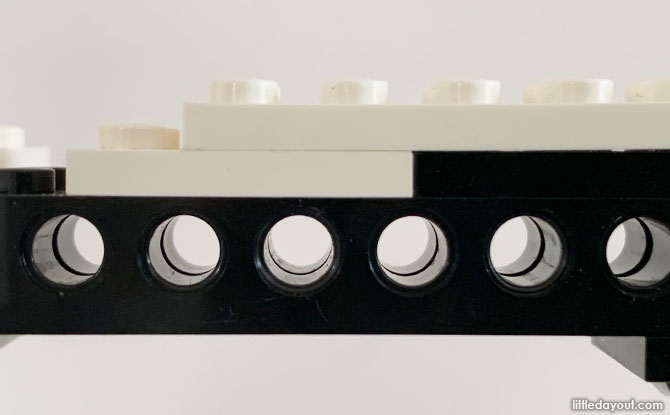 The beam of the catapult is constructed out of two 1 x 10 Technic Bricks. 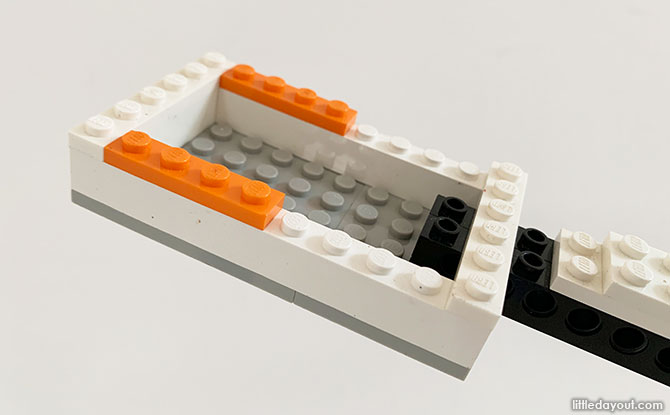 At one end, build a bucket using a LEGO plate as the base and bricks to act as the sides. 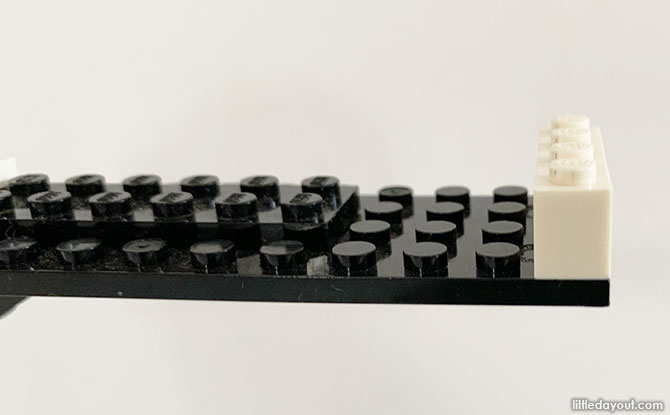 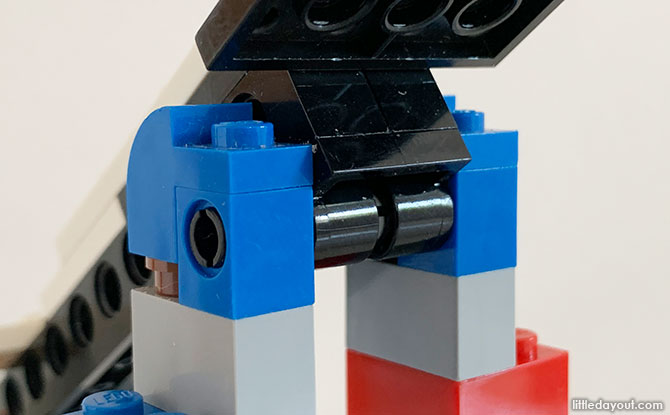 Assemble the LEGO catapult by connecting the beam to the frame using the Technic Pin. We used a Technic Plate attached to the underside of the beam but the pin can also be connected directly to the beam. 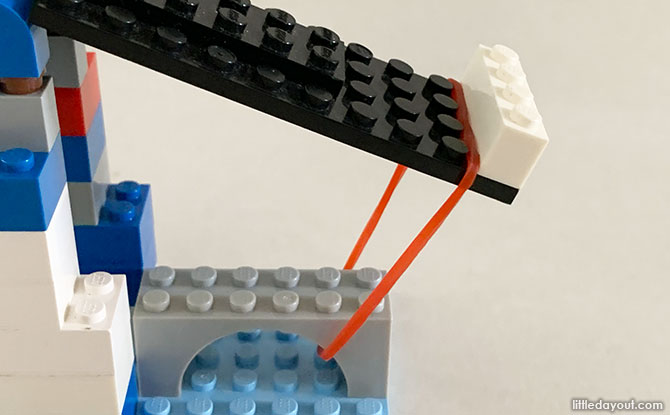 To complete the catapult, attach an elastic band to the “Power End” and secure it down with a LEGO arch attached to the base plate. This will prime the catapult with potential elastic energy. 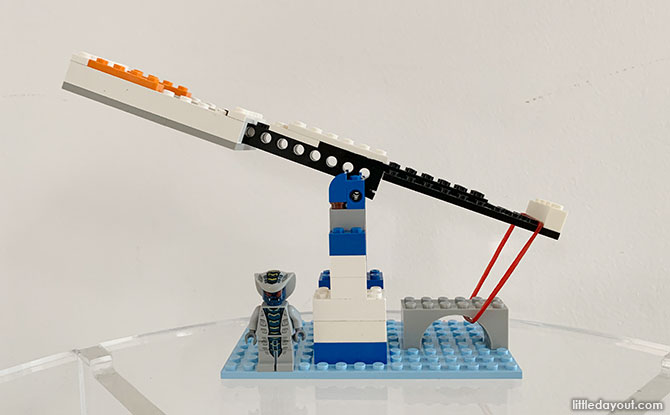 The LEGO catapult is now complete. 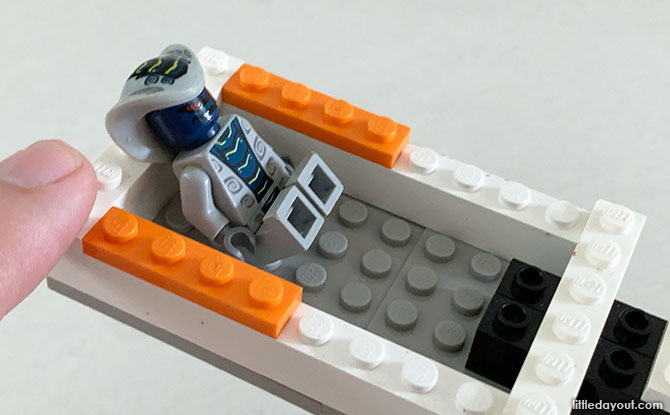 To launch something from the catapult, simply pull down on the basket and let it go. The elastic potential energy from the elastic band will send the payload in the basket forward.

Parents, please supervise your kids when launching the payload.

Using the LEGO catapult, you can conduct and experiment to try out different configurations.

Investigate what modifications can be made to increase the distance that the payload is thrown. Some ideas to do so include increasing the number of elastic bands or raising the height of the frame.

Chart down the different results in the chart and discuss what you have observed.

READ: How to Build a LEGO Marble Rollercoaster