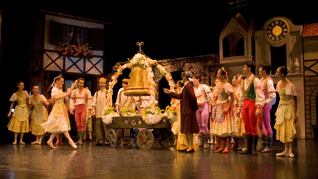 Singapore’s arts scene is abuzz with an exciting line-up for children in 2013 and here’s a handy guide for you to mark your calendar! 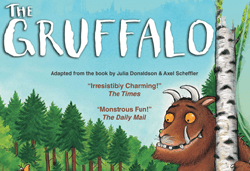 Join Mouse on an adventurous journey through the deep dark wood in this magical musical adaptation of the award-winning book by Julia Donaldson and Axel Scheffler.

Most suitable for ages 3 and above. Various timings. $38 to $58. DBS Arts Centre, Home of SRT. Tickets from SISTIC. See more…

One ordinary day, Mr Benn receives an invitation to a fancy dress party – and comes across an extraordinary shop. As if by magic, a mysterious door in the dressing room leads into incredible adventures.

Most suitable for ages 4 and above. Various timings. $38 to $58. DBS Arts Centre, Home of SRT. Tickets from SISTIC. See more… 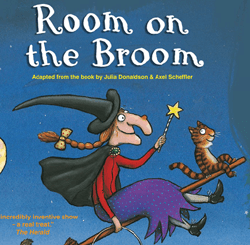 Most suitable for ages 3 and above. Various timings. $38 to $58. DBS Arts Centre, Home of SRT. Tickets from SISTIC. See more…

We all want to meet people from history. The trouble is everyone is dead! So it’s time to prepare yourselves for HORRIBLE HISTORIES …Barmy Britain live on stage and direct from London’s West End!

Most suitable for ages 7 and above. Various timings. $38 to $58. DBS Arts Centre, Home of SRT. Tickets from SISTIC. See more…

From the evil Emperors to the gruesome gladiators, find out why there’s no place like Rome! With songs and participation there’s no better way to learn about the Romans than an hour with the HORRIBLE HISTORIES team.

Most suitable for ages 7 and above. Various timings. $38 to $58. DBS Arts Centre, Home of SRT. Tickets from SISTIC. See more… 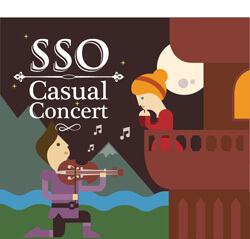 Hear Tchaikovsky’s ever-popular Romeo and Juliet Fantasy Overture, the grand opening of Beethoven’s Symphony No. 7 and the energetic finale of Bruch’s Violin Concerto No. 1. If you’re new to the world of classical music and the symphony orchestra, join Jason Lai as he answers your questions during the Question-and-Answer segment.
Most suitable for ages 5 and above. 4 pm. $18. Tickets from SISTIC. Esplanade Concert Hall.

Band Fiesta In The Gardens will feature primary and secondary school concert bands performing a variety of genres of music. 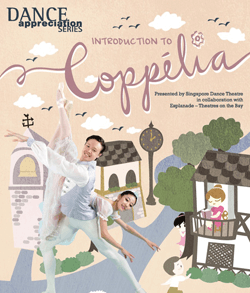 Presented with narration, this one hour dance presentation is specially for kids and parents to experience the world of ballet and pantomime, and be introduced to the  main characters of Franz and the life-sized doll named Coppelia. Dance excerpts from the full-length ballet will be performed. 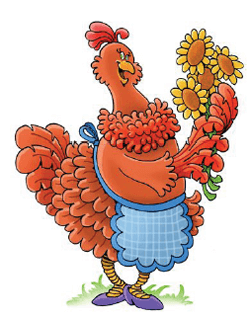 This family musical is both educational and fun for all who enjoy laughter and a lesson in helpfulness. Accessible and engaging for both young children and adults, it is a well-known and beautiful story about friendship and perseverance.

Most suitable for ages 3 to 12 and families. Various timings. $24 to $32. Drama Centre Theatre, National Library. Tickets from SISTIC. See more…

This visual theatre is a story of two men who try to survive in an anarchic world of all types of brooms and brushes as props, doing any but cleaning up, and sharing their dreams, passions, obsessions and, above all, their humanity. 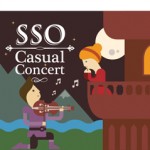 Look out for this next SSO Casual Concert conducted by Darrell Ang.

Most suitable for ages 5 and above. 4 pm. $18. Esplanade Concert Hall.

Look out for SSO On Campus. 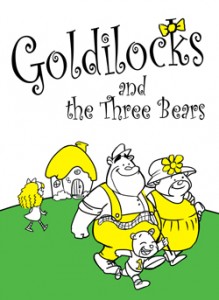 With music and lyrics by the famed award-winning West-End musical theatre song writing duo George Stiles and Anthony Drewe, this children’s classic reminds children not to fiddle with the belongings of others, lest there be consequences to bear.

A light-hearted and humorous ballet, Coppélia celebrates SDT’s 25th Silver Anniversary with its vibrancy, wit and humour. Probably one of the best-known and most performed comedy ballets, Coppélia promises fun, laughter and enjoyment for all.

For all ages. Various timings. $30 to $90. Esplanade ­Theatre. Tickets from SISTIC. 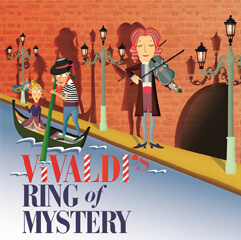 Vivaldi, Venice and violins – the three are celebrated in Vivaldi’s Ring of Mystery, a compelling mystery about an orphan girl in the early 1700s who is in search of her roots, with excerpts from Vivaldi’s most popular works. Featuring Classical Kids LIVE!

Spend an evening in the park with a picnic basket with tunes presented by the Singapore Symphony Orchestra.

This special double bill of shows with a strong interactive element is a small taster of the wonderful things to come in ACE! 2014 Festival. There will be special story-telling sessions on weekends between the shows, so do check the schedules and turn up early to catch this extra treat at no charge!

This is the story of a tiny mouse – and an enormous turnip. A fast paced, colourful, interactive play, carefully designed for the younger audience, with cute characters, fun and memorable songs, and a clear moral message for everyone. 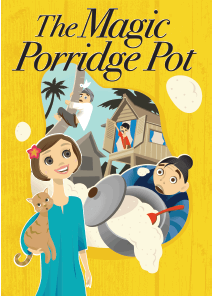 An exciting and energetic show, with puppetry, this tale of helpful little girl’s dream to help her poor, hungry fellow villagers contains a strong interactive element and a plot full of surprises.

TIDDLER AND OTHER TERRIFIC TALES

Under the sea, out on the farm and into the jungle, these terrific tales of Tiddler, Monkey Puzzle, The Smartest Giant in Town and A Squash and a Squeeze are woven together with live music, puppetry and a whole host of colourful characters.

Most suitable for ages 3 and above. Various timings. $38 and above. Tickets from SISTIC. DBS Arts Centre – Home of SRT.

Look out for SSO On Campus.

Look out for a series of parent-child bonding activities during the camps by The Theatre Practice, as well as learn from educational professionals through enriching seminars.

Explore Singapore, Indonesia and Malaysia’s colourful heritage of folk tales through a selection of fascinating and fun tales about the tricky, clever little mouse deer Sang Kancil and his friends and rivals, showcasing themes of bravery, facing consequences of your actions and saving the environment.

Conceived in 1995, Ballet Under The Stars is one of Singapore’s favourite outdoor events by the Singapore Dance Theatre. In 2013, Ballet Under the Stars will feature two weekends of remarkable contemporary and classical works, instead of the usual three evenings over one weekend.

Look out for a medley of contemporary works – a guest performance by Expressions Dance Company (EDC), widely acclaimed for its compelling brand of contemporary dance, the company premiere of a new work by Natalie Weir, Artistic Director of EDC, Absence of Story by Toru Shimazaki, danced to the music of Brahms and the well-loved Fives by Goh Choo San.

For all ages. Fort Canning Green.

For all ages. Fort Canning Green.

This theatrical family-friendly production will be performed during the Chinese Theatre Festival.

Most suitable for children and families. Various timings. School of the Arts (SOTA) Studio.

SDT’s season for the young ones, Peter and Blue’s Birthday Party, is a popular hour‐long children’s ballet production which brings together the magic of fairy‐tale and meaningful morals. This latest production will see the ever‐inquisitive trio ‐ Peter, his dog Blue and his cat Calico, embark on yet another magical adventure, ending off with a blast at a huge birthday celebration!

Most suitable for children and families. Esplanade Recital Studio. 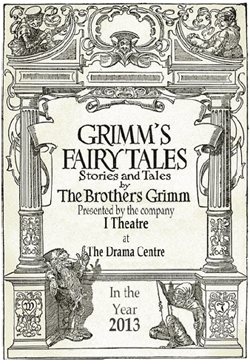 Folk Tales gathered by the Brothers Grimm are celebrated through an imaginative interactive theatre performance, using puppetry, energetic physical theatre, music, song and storytelling with a contemporary and Asian twist.

Most suitable for ages 3 to 16 and families. Various timings. $24 to $32. Tickets from SISTIC. Drama Centre Theatre, National Library.

Students from The Theatre Practice’s educational classes will showcase their talents and skills through drama, singing and dancing.

This beloved classical ballet is a grand finale to SDT’s 25th Anniversary celebration, and is set in a pre-WWI Shanghai setting. Be enthralled as the stage transforms into a brilliant spectacle of your favourite characters – Clara, the Sugar Plum Fairy, the Cavalier, and of course, The Nutcracker.

For all ages. Esplanade Theatre.