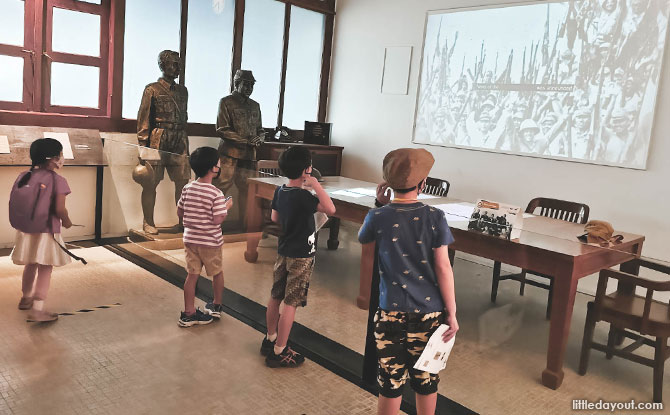 To continue our family rituals with Adventure Quests, we ended the school week with one simpler version in an 100% air-conditioned environment at the Former Ford Factory. We met fellow Questers – Team J – and decided to complete the quest together.

As this was a relatively easier one compared to Fort Pasir Panjang (plus an indoor environment) this Little Day Out Adventure Quest could be completed by the children quite independently. 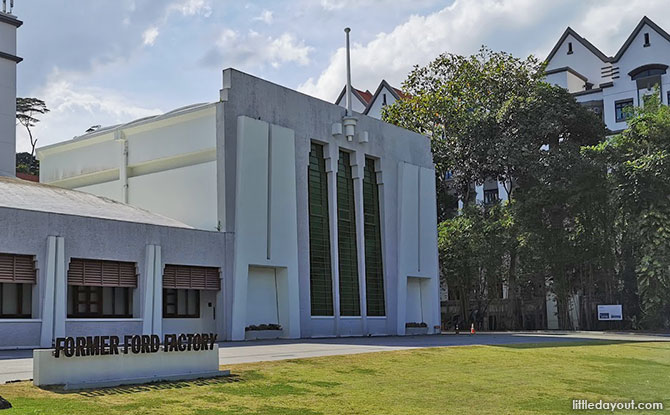 Most of us would have visited this spot during our History or National Education trips in school. The Former Ford Factory was where General Percival signed the surrender documents when Singapore fell to the Japanese. The Ford Factory was an assembly line for Ford Motors and its first Southeast Asian plant. Because of the war, the factory began making planes and war equipment instead, three months after it opened. 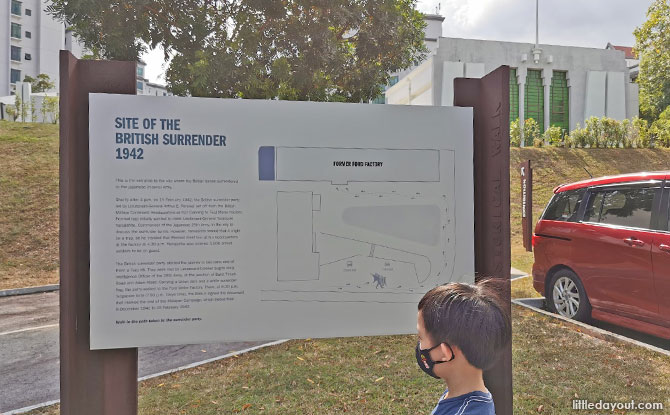 There is a total of seven puzzles for this Adventure Quest. The order to be answered is as per the exhibition. Look out for clues on the displays both in text and in images. These ensure the child read the words carefully to find the answers. Parents and caregivers can give hints regarding what to look out for if there are too many things to see in the gallery.

The children were very eager to find the answers and were also drawn to the audio-visual displays. They learnt about what life in Singapore was like in the 1940s before war hit, then the reality of war and heard the sharing of survivors of the Sook Ching and more.

The highlight of the exhibition was definitely the surrender room. It is an opportunity to discuss with children what it meant to surrender.

Given Singapore’s position in the British colony as a strategically vital military base, it was a bitter defeat for the British troops. The children can look at the bronze statues of General Percival and General Yamashita to take a closer look at their expressions. How might they have felt in those moments? Bearing in mind, the Japanese troops were also suffering from diminished supplies and ammunition – if the British had not surrendered then, would the war be different?

Look around closely for the answer. You can even make use of this as a chance to discuss about different time zones between countries.

Perspectives from the Victims of the War

We get a sense of how tough war times were by hearing the different perspectives of the Prisoners of War (PoWs), Sook Ching survivors and the man in the street hit by steep food prices. The children can also take a look at letters and illustrations by the PoWs. They will also learn about the highly inflated pricing of food supplies then.

Post-war, the suffering was clearly not over. The chaos and political uncertainty meant unrest in Malaya, especially with communist insurgents pushing for their ideologies and nationalism rising. 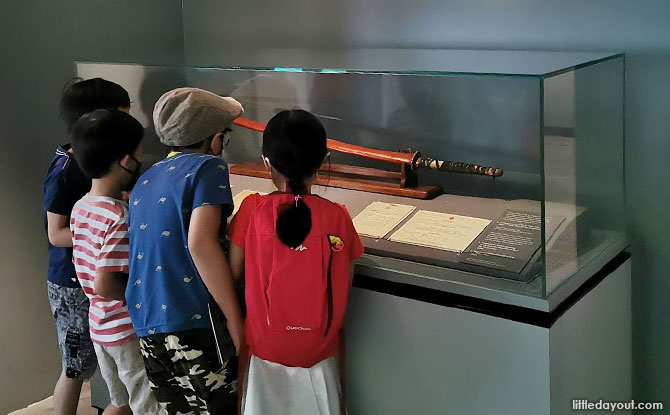 Given how the children were still lingering at the Former Ford Factory after finding all the answers within 30 minutes, it was certainly a very engaging exhibition.

I liked how the children could move around on their own, exploring and taking in all the details at their own pace and find the answers. Adults who would usually spend more time reading the text could be free do so while allowing the kids play Former Ford Factory Adventure Quest. 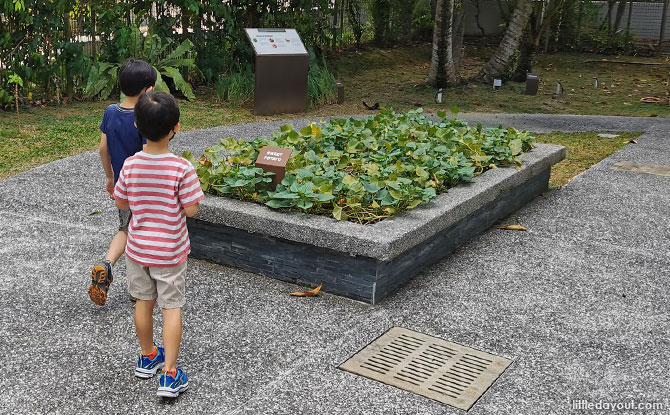 Upon completing the Adventure Quest, there are other areas to check out – including the garden where kids can see frequently planted food sources like sweet potato, yam, tapioca and bananas.

Personally, I recall that my own grandfather feared eating sweet potatoes after the war; he must have had too much. Even banana peels were served – sliced thinly and seasoned with chilli, garlic and a little salt. 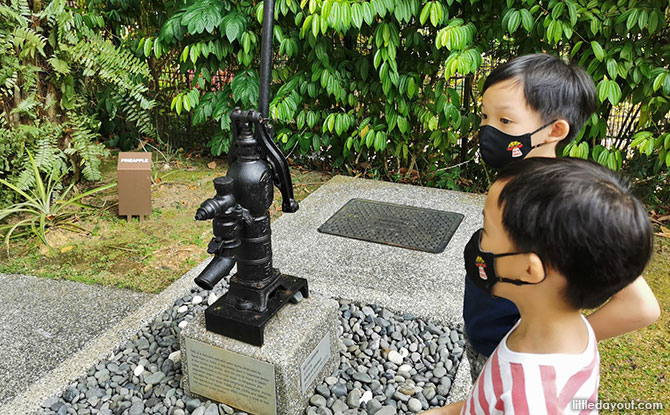 There is also a manual water pump designed by a Japanese before the war that can be seen. It might be a strange contraption in modern times but still an essential one in some villages today.

How to Play the Adventure Quest at The Former Ford Factory 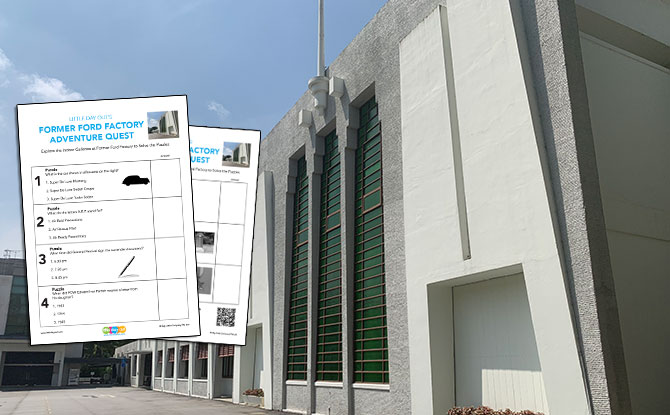 Step 1: Purchase the Playsheet from Little Day Out Shop. An email with the download link will be sent to you.

Step 2: Head to The Former Ford Factory, 351 Upper Bukit Timah Road,  during opening hours, 9 am to 5.30 pm Tuesdays to Sundays.

Step 3: All the best. We reckon you won’t need a clue sheet for this.

The Former Ford Factory Adventure Quest is available at $2.99 for a limited time only! Get it here.