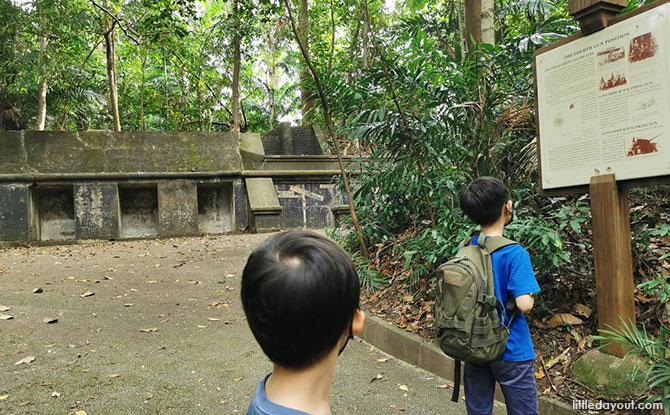 Looking for some adventure? Love hunting for clues and finding answers? Eager to get kids off screens and outdoors? You would love the Adventure Quest at Fort Pasir Panjang, located at Labrador Park.

We decided to “burn some calories” after the Lunar New Year feasting and take advantage of the cool weather during the holidays for an adventure. For those who love escape rooms and scavenger hunts, this quest will require similar skills. This is a good opportunity to involve the children in searching for clues or even taking the lead to find the right objects. 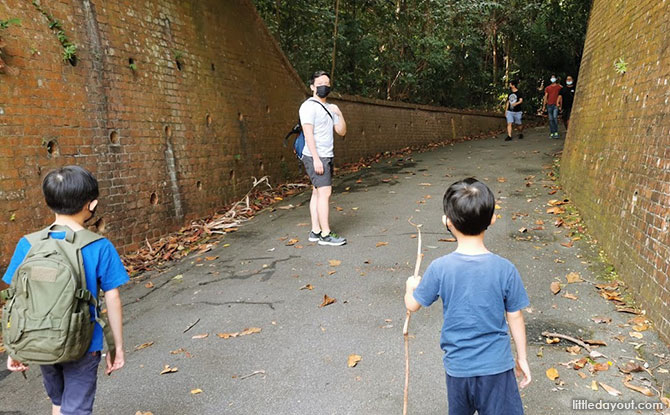 We did this quest with our 9+ and 6+ year olds. Most of us have never been to Fort Pasir Panjang nor Labrador Battery. It was an eye-opener for us exploring the old Fort. It was used for coastal defence and fortified beginning 1878. As the harbour was nearby, the Southern coastal defence was essential in case of attacks. The fort had a limited role in World War 2 where the 6-inch guns fired on advancing enemy soldiers. 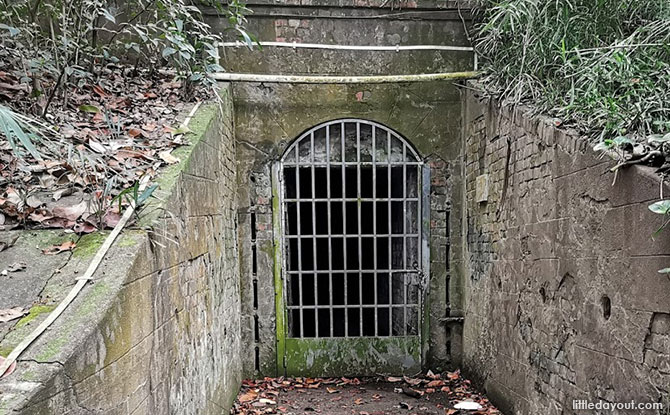 You can enter Fort Pasir Panjang from various carparks, the most obvious entrance is across Carpark C. Here’s a hint, the first puzzle is right at the entrance (across Carpark C). 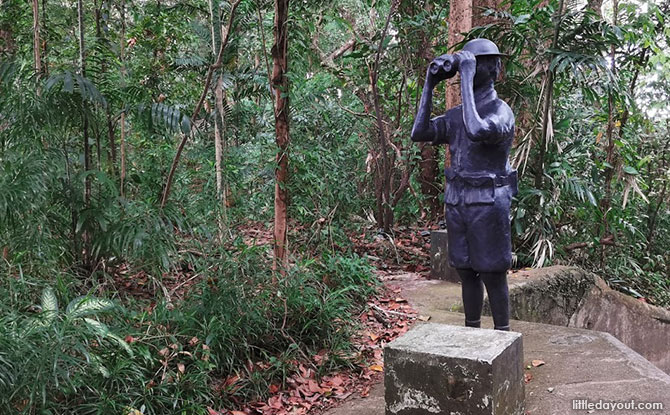 Entering into the grounds where once guns were fired, soldiers were fighting furiously to defend the land was a treat. Children would love to climb the structures and peer curiously into tunnel entrances. Don’t forget to look out for numbers that could solve the puzzles! 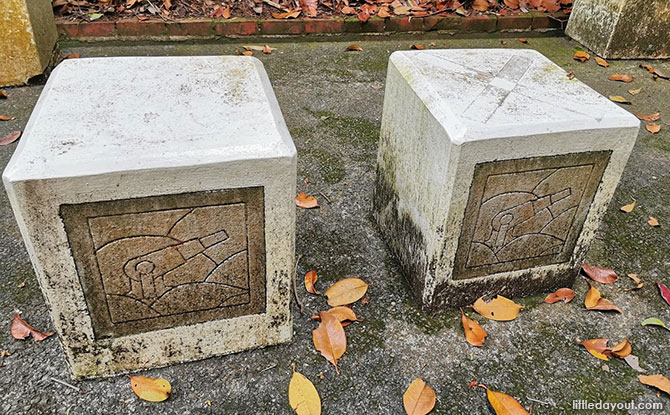 Aside from numbers, you will need to count items. This is a good exercise to practise numeracy skills for the pre-schoolers in a real-life scenario outdoors.

We spent about an hour attempting the puzzles. Help from the clue sheet would have shortened the time taken. I would encourage looking at the clues if there was trouble solving puzzles especially for family with younger children. It is also a good way to hone both observational skills and work on physical fitness, as we trudged uphill (and downhill). 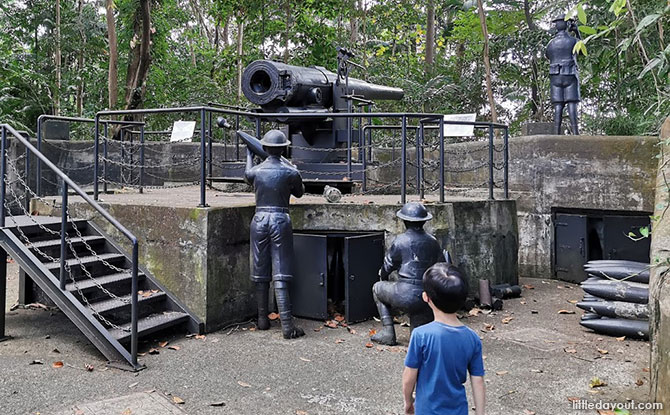 During our hunt, we also read about the different parts of Labrador Battery. The centrepiece is undoubtedly the 6-inch gun barrel. You can also see the entrances to the storeroom and bunkers, observation points that overlooks the sea. 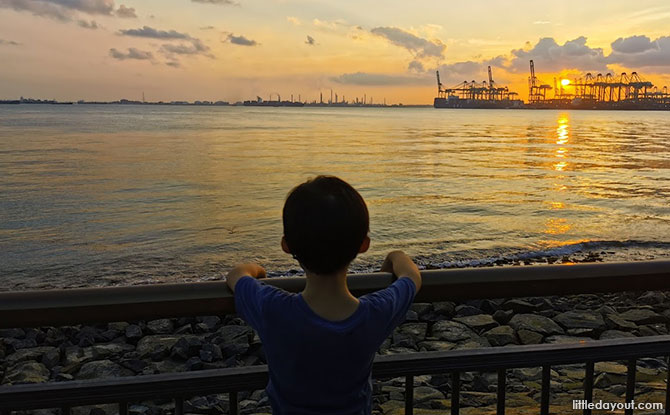 We were rewarded with a beautiful sunset at Labrador Park when we finished our quest. A pleasant timing to start the Adventure Quest would be either in the late afternoon or early morning. Do remember to bring some water and repellent. There is a washroom at the top of the hill.

First Step: Download the Playsheet (and clues) from Little Day Out Shop

Second Step: Head out to Labrador Park and Fort Pasir Panjang. Bring some water, repellent and a snack.

p.s. Even if you can’t get the right answers, there is an answer sheet.  Try your best at deciphering the clues first. Use it only if you have difficulty with the puzzles.