Home Play Enter the Land of Giants at Singapore Zoo and River Safari During... 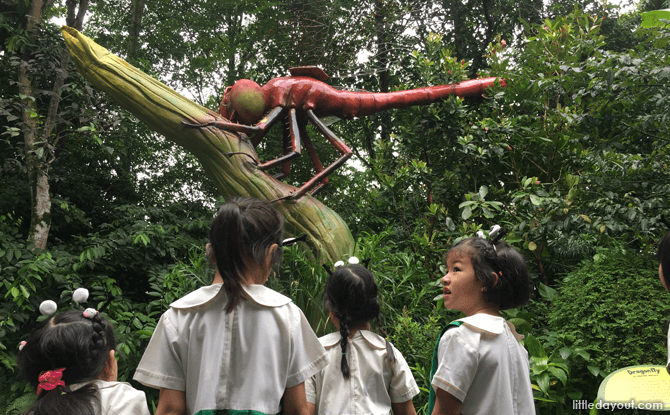 The minuscule gets mega-sized at the Land of Giants at Singapore Zoo during the year-end school holidays.

Invertebrates are animals that do not have a backbone and include insects, spiders and other assorted crawlies. This group of animals take centrestage at Singapore Zoo’s Heliconia Valley during the school holiday period with towering animatronic models providing visitors a close-up look at otherwise tiny creatures.

Be introduced to the weird and wonderful world of invertebrates at Singapore Zoo. 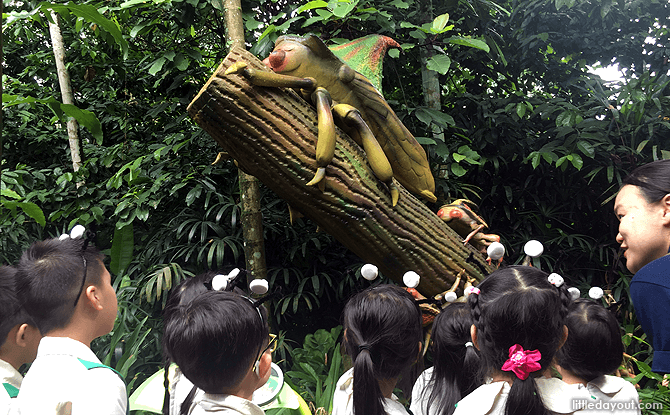 Among the interesting invertebrate animatronics that visitors will encounter along the trail at the Land of Giants included a tribe of thorn bugs. These strange-looking creatures have what looks like a thorn on their backs. 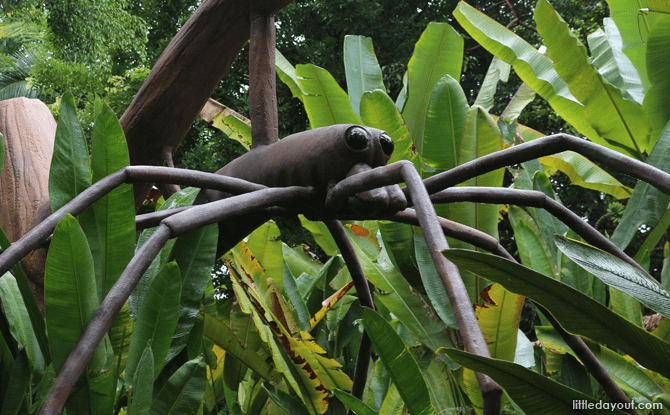 There is also the net-casting spider which has an unusual way of catching its prey – spinning its web into a net which it then uses to grab its victims. 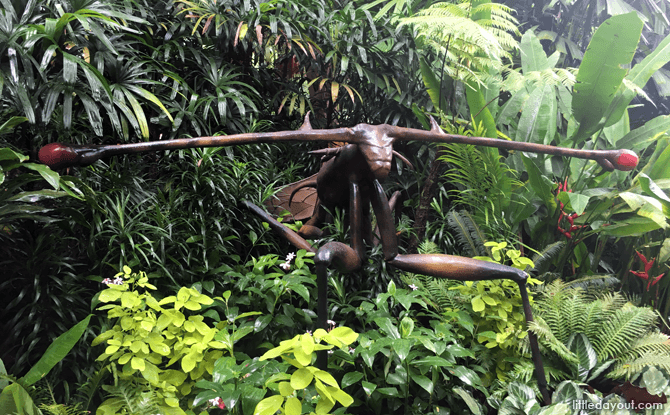 There are models of stalk-eyed flies. These insects have their eyes perched far apart from each other at the very end of T-shaped stalks found on their heads. Proving that beauty is in the eye of the beholder, the female stalk-eyed fly chooses its mate based on how wide apart the male’s eyes are. 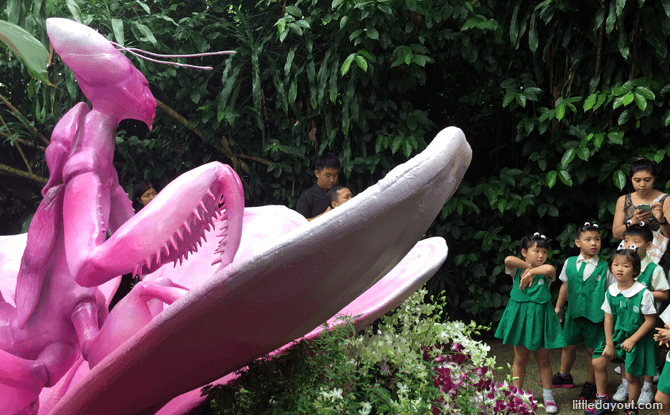 Also on display is the orchid mantis. While most praying mantis are green, this master of disguise is pink to blend in with orchid flowers while it waits for its prey.

During the weekends between 18 November and 31 December, and on Christmas Day, visitors can look forward to a hive of activity around Singapore Zoo. 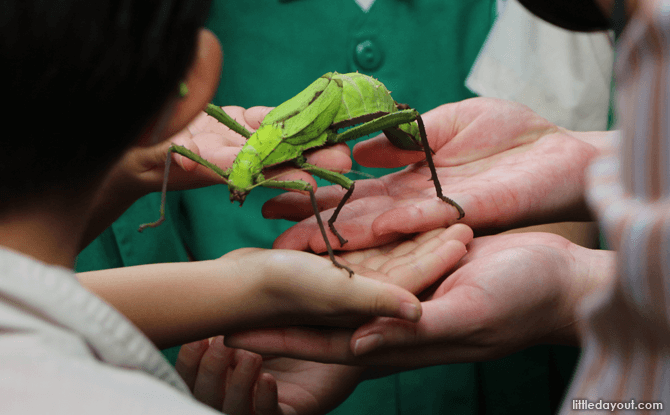 Head over to the Fragile Forest exhibit for Little Beast Encounters, a chance to meet different creatures such as stick insects and other invertebrates.

A Little Giant Puppetry Show will be held at the Pavilion next to Rainforest Kidzworld at 12 pm and 3 pm, and craft booths between 10 am to 4 pm at the Rainforest Courtyard. 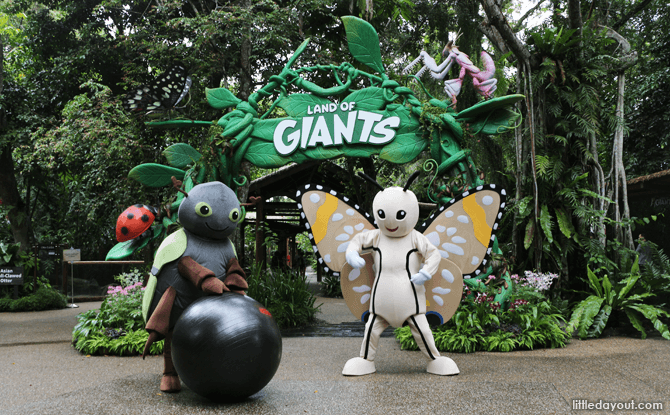 Keep a look out for the dung beetle mascot rolling his ball of poop and the lime butterfly mascot as they make appearances at Singapore Zoo’s Entrance Plaza at 10 am, 12 pm and 3 pm.

On the Trail of Giants at River Safari

Giant encounters carry on at River Safari where a self-guided River Giants Explorer Trail awaits between 18 November and 31 December 2017. Complete the trail to receive an exclusive prize.

On weekends, special activities lined up include river giant crafts at River Safari’s Boat Plaza and a storytelling performance, River Tales, about River Giants at 12.30 pm and 2 pm. 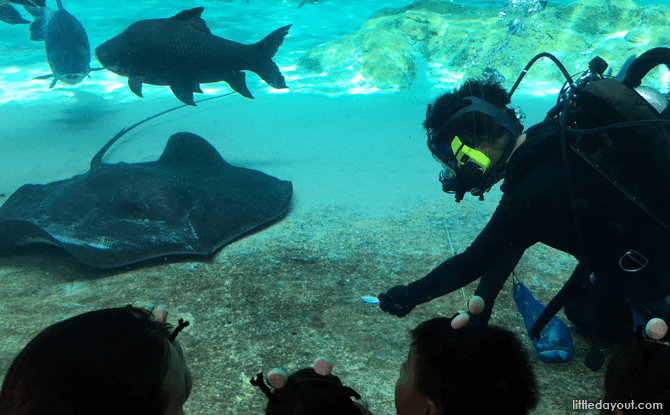 Meet some of River Safari’s own giant residents such as the Giant Stingray and Giant Salamander at special enrichment and feeding sessions on weekends too.

Between 18 November to 31 December 2017, locals will also be able enjoy savings by purchasing a two park combo ticket for same-day entry to Singapore Zoo and River Safari. The specially priced combo ticket is available at $40 for adults and $28 for children. 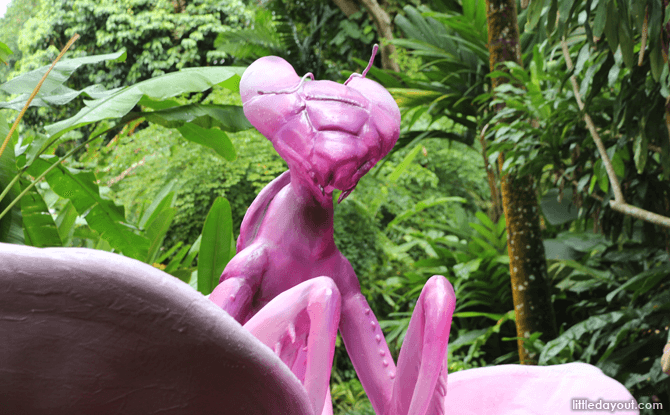 Land of Giants at Singapore Zoo and River Safari