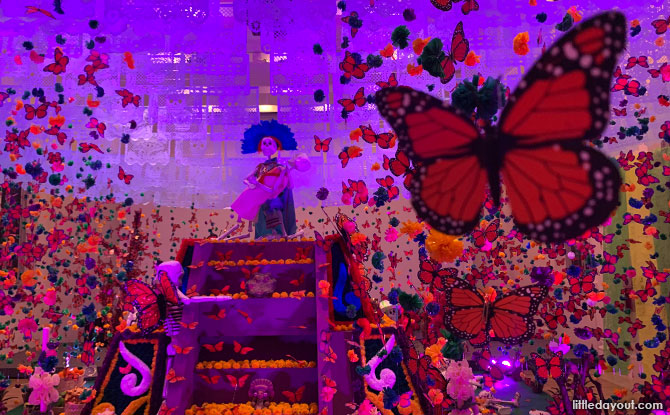 Celebrated on 1 and 2 November each year, Día de Muertos, or Day of the Dead, is a Mexican holiday that honours the lives of ancestors and friends who have passed on. This year, the Embassy of Mexico, in collaboration with the Mexican Association of Singapore and La Jacaranda Venue Supporter, have set up an exhibition Día de Muertos: Magic Migrations at the National Museum of Singapore from now till 30 November 2022.

Migrations and the Monarch Butterfly 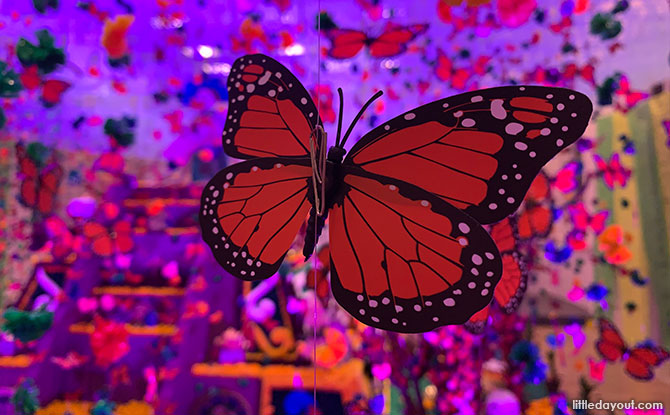 This year’s display takes inspiration from the migration of the Monarch butterflies. Each year, these large butterflies migrate from the United States and Southern Canada southwards to Mexico. As they arrive in central Mexico on 1 and 2 November, they are believed to be the souls of the departed who have returned for Día de Muertos.

That’s why, this year’s display features over 5,000 paper monarch butterflies. 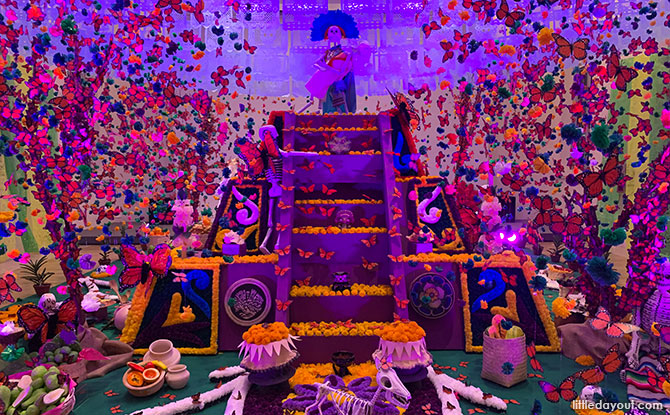 And at the very centre of the display is a three level, beautifully decorated pyramid. 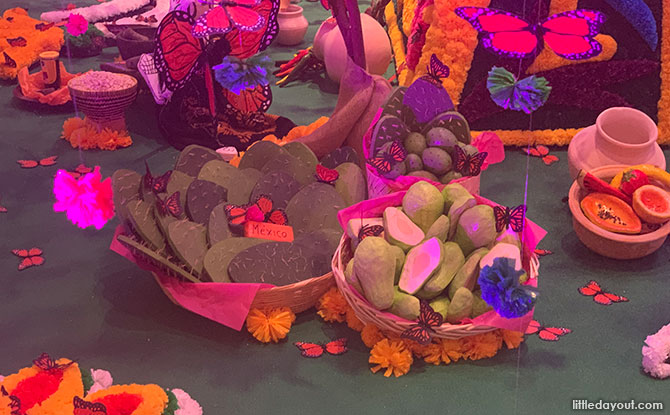 Instead of being a sad occasion, Día de Muertos or the Day of the Dead is a celebration, one where the worlds of the living and the dead reunite. It is marked by eating the food and listening to the music that the departed liked. There is a special Pan de Muertos which is eaten during the festival as well. 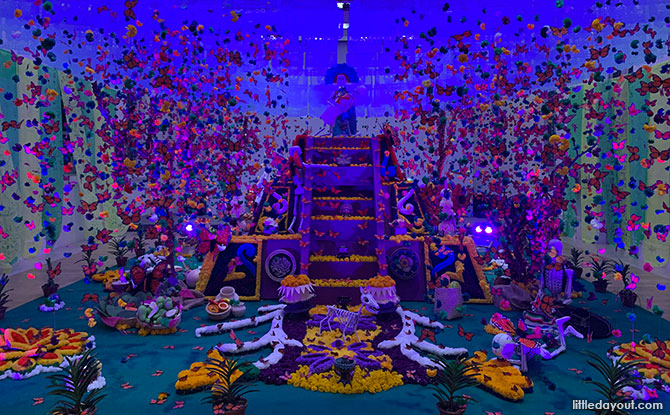 Other programmes include a storytelling on Sunday and an explanation of the migration f the Monarch butterflies and the beliefs surrounding their existence by the spouse of the Ambassador of Mexico to Singapore.

For more information about Día de Muertos: Magic Migrations at National Museum of Singapore, taking place at The Salon, Level 1, and the programmes lined up, visit the website here.