DC Multiverse fans, suit up and get set for DC FanDome, the ultimate global fan experience, as it returns on Sunday, October 17 with an all-new, epic streaming event. This free event will feature a gathering of casts and creators behind fan-favourite DC games, comics, movies, and TV shows.

Fans from around the world can look forward to being the first to hear breaking news, watch exclusive trailers and announcements as well as never-before-seen footage, and more. 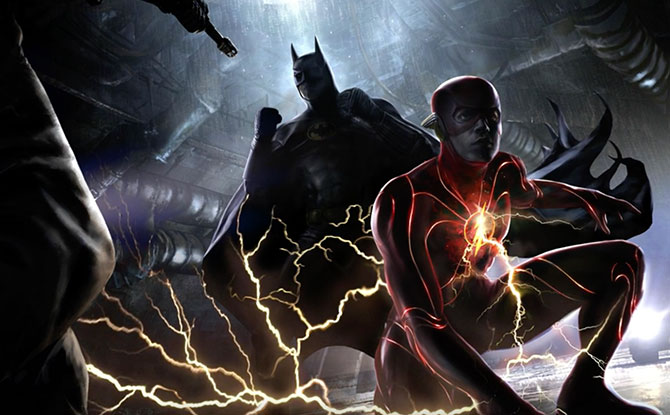 Some highlights to look out for include the exclusive new trailer for The Batman, new content from DC League of Super-Pets, the first look at Black Adam, a sneak peek at The Flash, and behind the scenes looks at Aquaman and the Lost Kingdom and Shazam! Fury of the Gods.

Warner Bros. Home Entertainment will also be previewing two upcoming original DC Animated Films: a sneak peek at Superman and the rest of the Justice League in Injustice, an all-new animated movie inspired by the popular games and comic, as well as the premiere of the trailer for the all-new animated heist movie Catwoman: Hunted. Both movies are produced in association with Warner Bros. Animation.

Warner Bros. Television will be offering a look at new seasons of Batwoman, The Flash, Superman & Lois, and Sweet Tooth; a farewell tribute to Supergirl as it approaches its epic conclusion after six seasons. Other exciting events include a celebration of 100 episodes of DC’s Legends of Tomorrow, a sneak peek at an upcoming episode of DC’s Stargirl and more.

DC Comic fans are not left out as DC publishing will honour the legacy of Wonder Woman, with a showcase of three upcoming books. DC explores her history with the DC Black Label miniseries Wonder Woman Historia, expands the Amazon mythos with Nubia and the Amazons, and honours the inspiration she has provided to women around the world with the original graphic novel Wonderful Women of the World.

There will also be details about the next instalment of the Batman/Fortnite comic crossover, the upcoming Batman: Fear State, the new six-issue Black Manta series, the return of the Milestone Universe, and much more.

As before, DC FanDome is proud to be a family-friendly event as it gives young DC fans a special experience in the DC Kids FanDome. Kids and their parents around the world can explore the DC Multiverse all in a safe, kid-friendly environment at DCKidsFanDome.com alongside their favourite DC Super Heroes. Catch sneak peeks of upcoming DC animated adventures like Batwheels, DC Super Hero Girls and Teen Titans Go!, and at-home digital activities. See the website here.

Where To Watch DC FanDome

DC FanDome will be streamed for free at their main site here as well as on platforms such as Twitch, YouTube, Facebook and Twitter. It will be fully accessible on phones, tablets, laptops, or desktops, allowing fans to watch DC FanDome wherever they are.

80 Boat Jokes To Make You Laugh For Shore