Home News Choose Your Favourite Design For The Founders’ Memorial 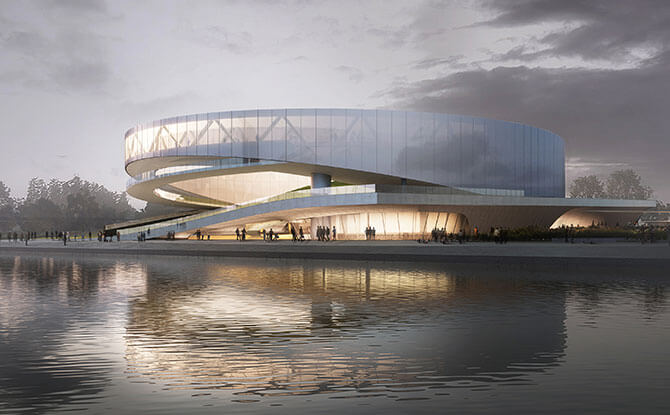 Five shortlisted designs for the Founders’ Memorial have gone on display and Singaporeans are invited to choose their favourite design from November to December 2019.

The Founders’ Memorial was first proposed in 2015. It is envisioned to be a space which communicates the values and ideas that have built Singapore, and a place to inspire future generations. The civic space will feature stories based on values exemplified by Singapore’s first generation of leaders and other key personalities who have played a significant part in Singapore’s path to independence and early years.

Incorporating exhibition galleries, landscaped spaces and art installations, the Founders’ Memorial is planned to be opened in 2027 at Bay East Garden.

The site for the Founders’ Memorial, Bay East Garden, at the edge of the Marina Reservoir, was chosen as it symbolically captures Singapore’s journey as a nation and for its panoramic view of the cityscape.

The teams selected for Stage Two further developed and refined their concepts based on design based on more detailed requirements.

The five shortlisted Founders’ Memorial designs and teams are:

The architecture is designed as a circle rising above a landscaped podium. The podium is an open space where visitors are channelled into the centre. This is called the Origin: a symbolic common space for everyone, regardless of race, language or religion.

The Singapore flag is the inspiration for the memorial design, which is marked by five pathways – representing the five stars and the abstracted crescent moon – the Memorial. Each pathway is a physical celebration of the ideals that each star of the flag represents – democracy, peace, progress, justice and equality.

Shaped like a cradle, the memorial design’s curved form is inspired by the hands of Singapore’s founding fathers – hands that have worked tirelessly, placing nation above self, to nurture a young nation into the Singapore of today.

The memorial design rises out of the earth to evoke the crescent moon of the national flag. This symbolises a young, rising nation and looks to the future.

The concept for this memorial design originates with a path. It symbolises a journey retracing the legacy of Singapore’s founders. Multiple paths shape the architecture and landscape, inviting visitors to reflect, learn, and share while contemplating the dynamic skyline or the lush gardens.

Architectural models and accompanying information on the five designs have gone on public display on 4 November 2019 at IMM, Level 2 Atrium. Visitors can choose their favourite design at interactive feedback stations. It will move on to other locations around Singapore.

The five design will also be available for viewing online at foundersmemorial.sg where the public can also choose their favourite design by 31 December 2019.

The public feedback will be collated and presented to the Jury Panel who will take it into consideration when evaluating and selecting the winning design. Other factors such as technical feasibility and functionality will also be considered. The winning design will be announced in Q1 2020.