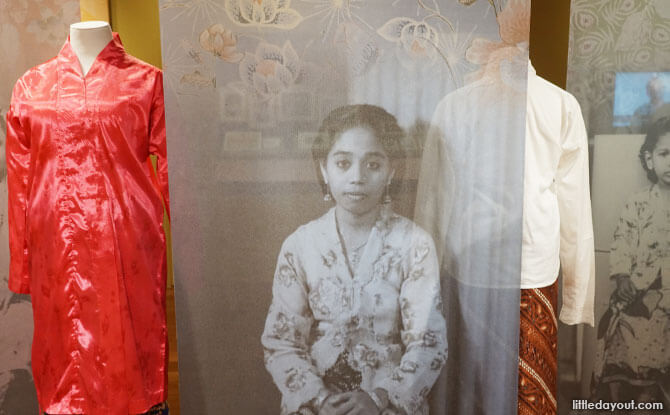 The Story of a Community

Now on at the Indian Heritage Centre, the exhibition Chetti Melaka of the Straits: Rediscovering Peranakan Indian Communities offers a rare look at this community, its heritage and personalities. It is the first community co-created exhibition by the Indian Heritage Centre and was put together in collaboration with the Peranakan Indian (Chitty Melaka) Association Singapore. 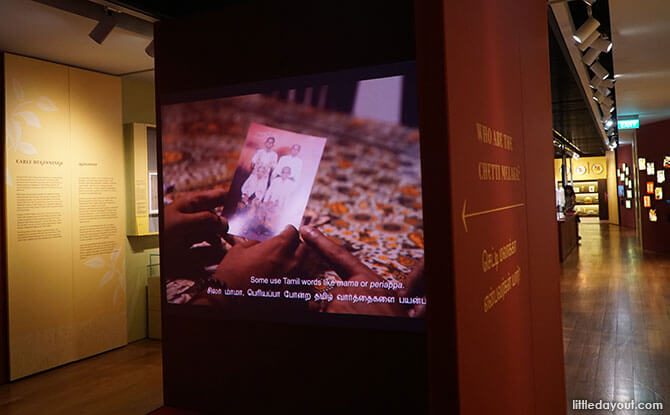 Inside the exhibition, visitors can first view a film presentation on the Chetti Melaka. the The documentary created by K Rajagopa, Who are the Chetti Melaka? In Search of the Lost, follows the journey of Chetti Melaka youth who embark on a mission to rediscover their roots. 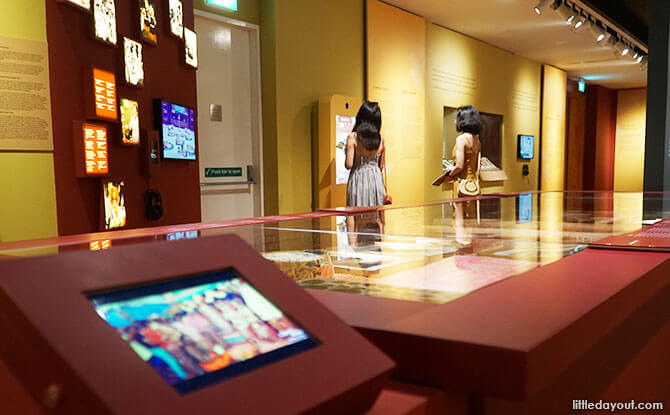 Around the rest of the exhibition space, visitors can view artefacts such as a photographs, documents, clothes and jewellery which provide a tangible link to the heritage of the Chetti Melaka. These artefacts and their accompanying descriptions tell of their journey from Coromandel Coast to Malacca in the 16th century and migration to other British ports along the straits of Malacca, including Singapore. 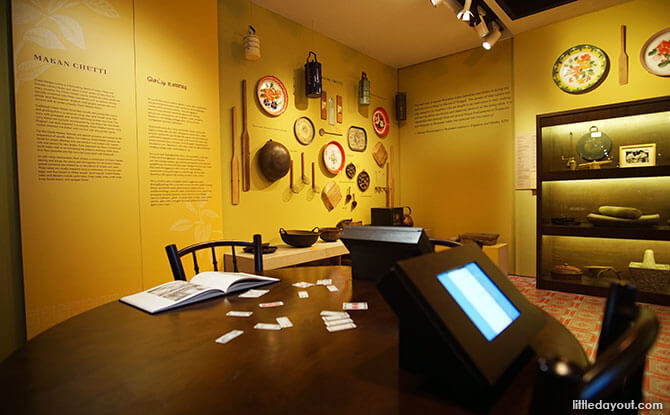 There is also a section of the exhibition devoted to food and the Chetti Melaka kitchen. 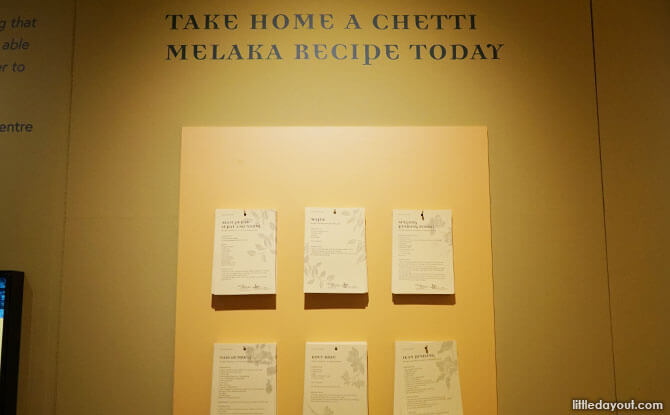 There are even Chetti Melaka recipes for visitors to bring home with them.

The Chetti Melaka of the Straits: Rediscovering Peranakan Indian Communities exhibition also pays tribute to the community’s pioneers. The stories of pioneers such as Mr Muthukrishnan Tevanathan Pillay, who was an executive in the Accountant General’s Office and was made a Member of the British Empire by His Majesty King George VI for his contributions during World War II, and Mr Francis J Pillay, who also fought in the defence of Singapore during the war are told within the exhibition.

Mr Saravanan Sadanandom, General Manager of the Indian Heritage Centre, said, “The story of the Chetti Melaka is captivating, and is a wonderful demonstration of how different cultures have been absorbed, adapted and mixed together to create something new and special. The Indian Heritage Centre has worked closely with the Peranakan Indian (Chitty Melaka) Association Singapore to co-create this exhibition and CultureFest, which celebrate the unique traditions, practices, cuisine and fashion that make up the tangible and intangible cultural heritage of the Chetti Melaka. This exhibition also kickstarts a series of community co-created exhibitions at IHC that will provide insights into the diverse Indian community in Singapore, and also show how our multicultural society in Singapore is connected to the rest of the world.”

The exhibition is ongoing till 5 May 2019. Admission is free.