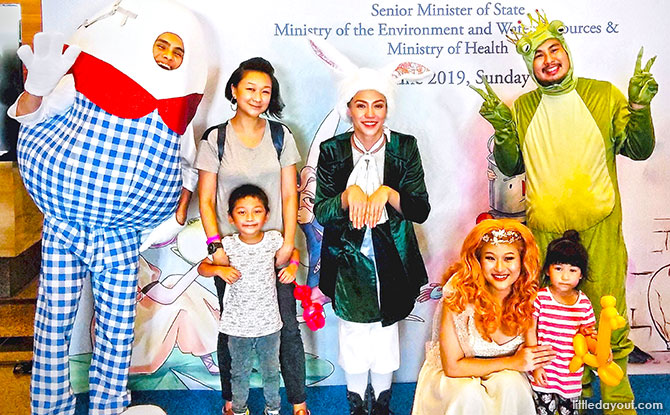 Carnival games, yummy food and fairy tale characters are not what you would expect at a hospital but these were exactly what we came across at Gleneagles Hospital’s 60th anniversary Healthy Ever After Carnival.

A Pioneer in Singapore

Can you believe it? Gleneagles Hospital is 60 years old this year! The hospital along Napier Road has been a pioneer in Singapore’s private hospital scene since opening its doors to the public in 1959.

Here’s a snippet of what we did at Gleneagles’ diamond anniversary bash on Sunday, 30 June 2019, and what a memorable time it turned out to be.

Healthy Ever After by ANDSOFORTH 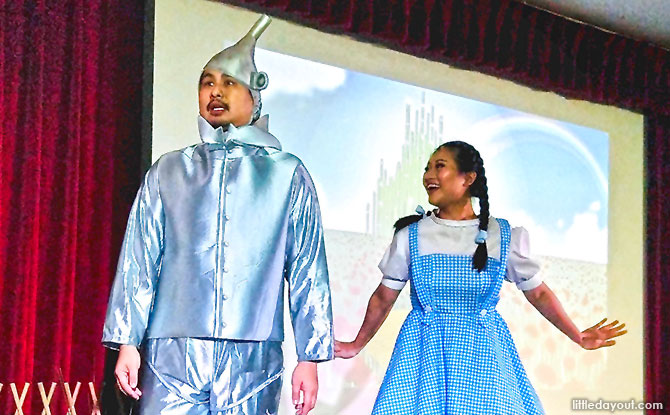 A highlight of our time at Gleneagles Hospital was watching Healthy Ever After, a live stage performance by ANDSOFORTH. Known for their innovative and entertaining productions such as 22stories and Tales of Grimmsneyland, ANDSOFORTH had prepared the special show just for the occasion.

The best thing about the wonderful and clever Doctor G, as we found out, was that he could be seen for any medical emergency. And the “bestest” thing of all was that Doctor G saw everyone in a jiffy, without a wait any longer than 30 minutes.

Humpty Dumpty sure was happy about that! 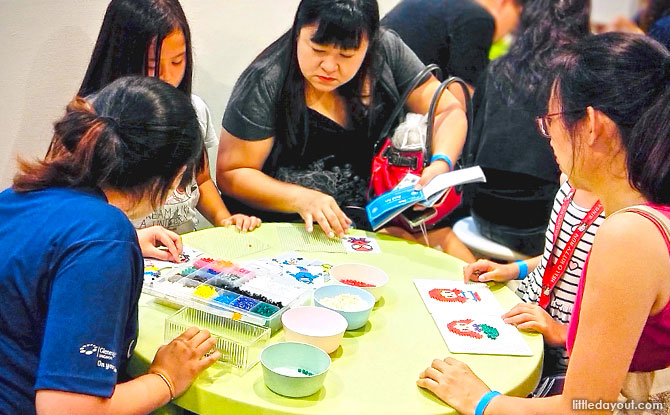 While some guests were having fun making their own terrariums or creating bead art, we joined others in traipsing through the Hospital to complete the Heritage Trail adventure. 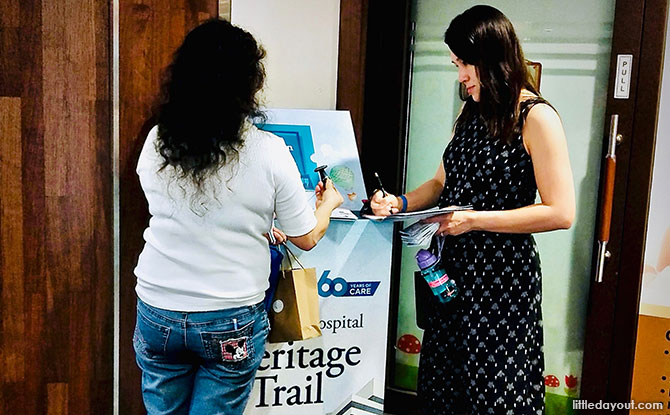 As we filled in the blanks and ticked our way through carefully crafted questions, we learnt so much about Gleneagles Hospital’s history. 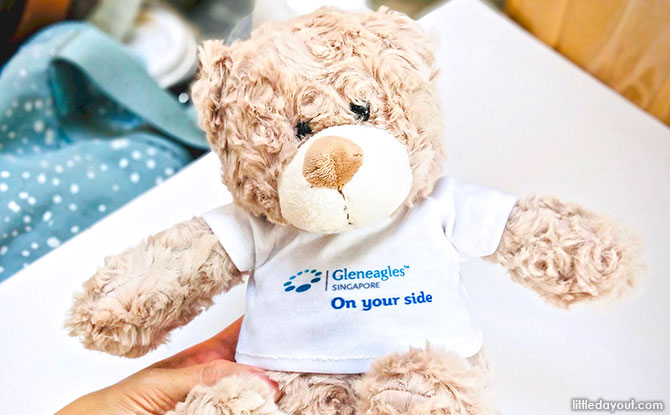 We really enjoyed having a reason to explore various parts of the Hospital while on the Gleneagles Hospital Heritage Trail. It was fun to visit places that we might not ever have the chance to see on any given day! Plus, we got to take home the cutest Gleneagles Hospital teddy for completing the trail!

Healthy Ever After 60th Anniversary Carnival 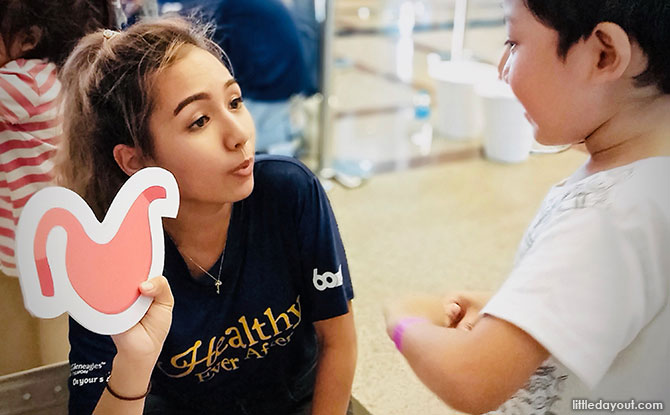 There were different game and craft activities at the Healthy Ever After 60th Anniversary Carnival. 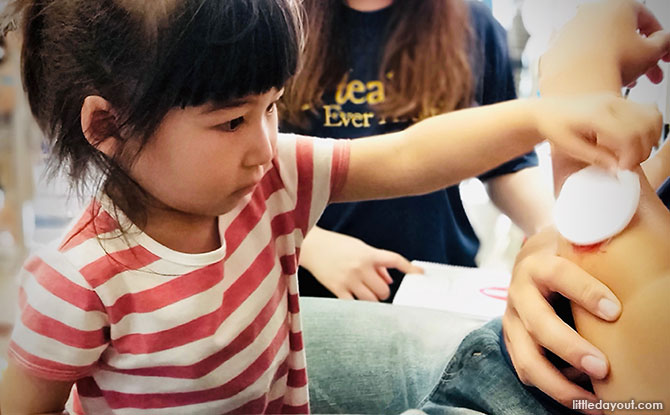 Amongst these were medical-themed games such as Fast Task where kids could pretend to call for an ambulance to take a critically injured person to Gleneagles Hospital’s Accident & Emergency Department for urgent medical attention.

We also learnt that the average waiting time at Gleneagles Hospital’s A&E Department is only 30 minutes, which is short and sweet, so that patients get the attention they require quickly.

There was plenty of yummy food too. Kids got treated to crowd-pleasers such as Roti Prata, Popcorn, Ice-cream and Truffle Fries! It was a day of indulgent treats and a great way to round off the weekend. 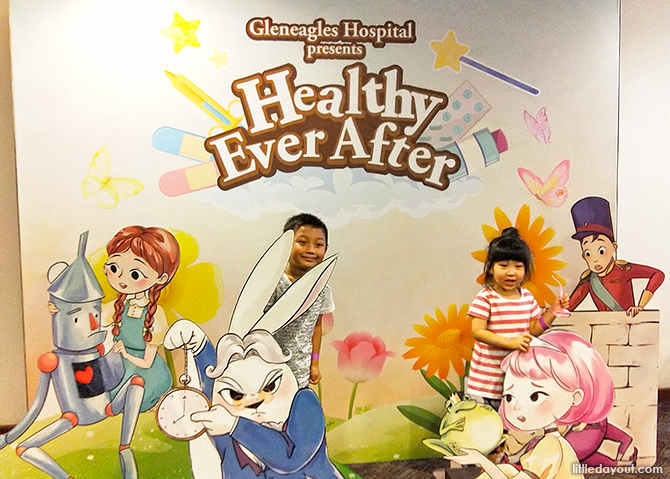 We had such a blast at Gleneagles Hospital’s Healthy Ever After 60th Anniversary Carnival. Not only did we learn so much but we had plenty of fun at the same time!

Thank you, Gleneagles Hospital, for looking after each and every one of your patients. Here’s to many more years of excellent medical services.

Can’t get enough of health tips from the fairytale characters? Click HERE to subscribe to weekly health articles and live Healthy Ever After!

This feature is brought to you by Gleneagles Hospital.