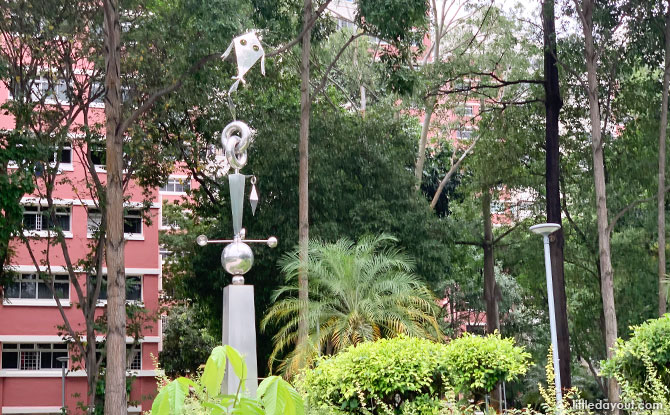 The name Brontosaur Park conjured up “big things” in our mind when we came across it. Would there be dinosaurs at this Pasir Ris neighbourhood park, or would it themed in a certain way?

Spoiler alert: Brontosaur Park is not Jurassic Park. You won’t find dinosaurs here as you might at Changi Jurassic Mile or at Fu Shan Garden in Woodlands. However, we did come across some “dino-evidence”. More on that later.

Brontosaur Park was completed on 5 February 1999. It was officially opened on 5 November 2000 by RAdm Teo Chee Hean.

Sculptures in the Park

One of the most distinctive features of the park is the many sculptures that decorate the green space. 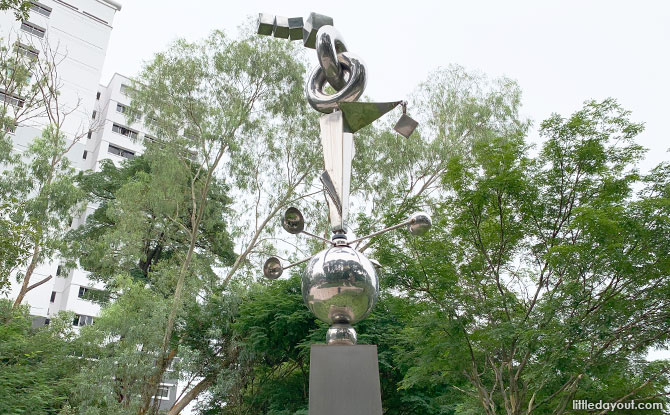 These unique looking sculptures, made from metal, give the park an interesting character. Many of the sculptures at Brontosaur Park invite pondering; try to guess what each sculpture is intended to represent. Approach the pedestal and you can find the sculptor’s name. 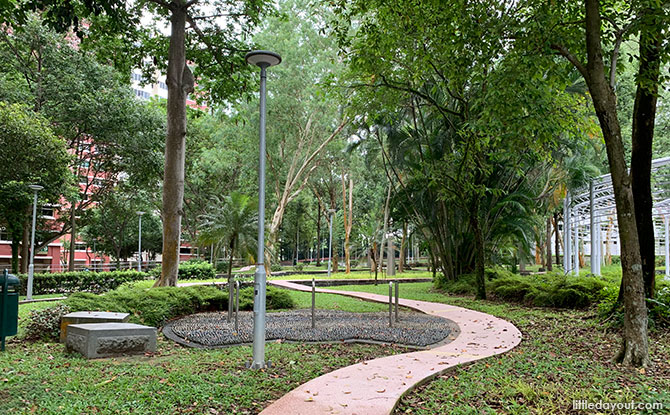 The one-hectare park features different species of trees, palms and shrubs. Take a walk along the paths that wind through the park to enjoy the various plants. 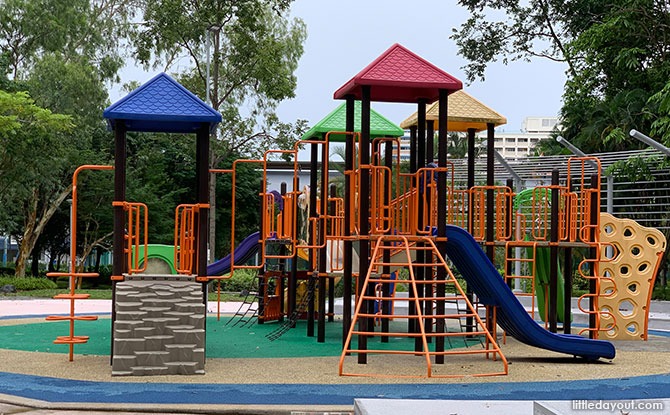 The Brontosaur Park playground is a structure made up of orange bars and four towers. There are various slides which lead down from the platforms.

A variety of climbing poles and apparatus allow kids to ascend and descend from the Brontosaur Park playground. 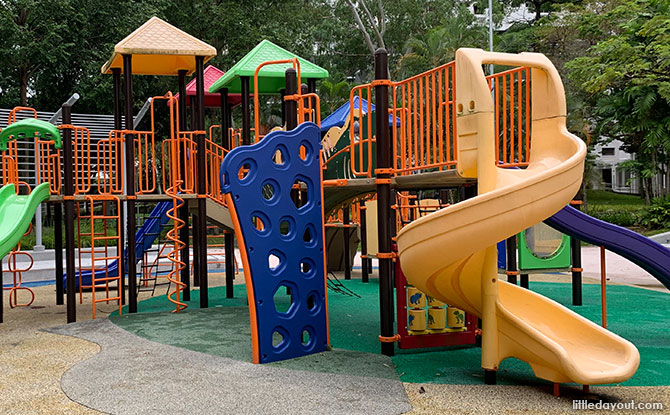 There is a little yellow play panel in a red frame, hidden under the yellow spiral slide, which has dinosaur pictures.

Besides the dinosaur images at the playground, we also found two other pieces of dino-related theming in the park. 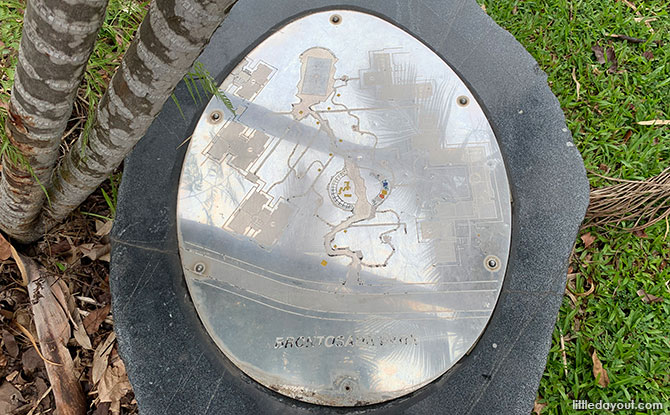 The first was a very weathered park map which is shaped like a dinosaur egg. 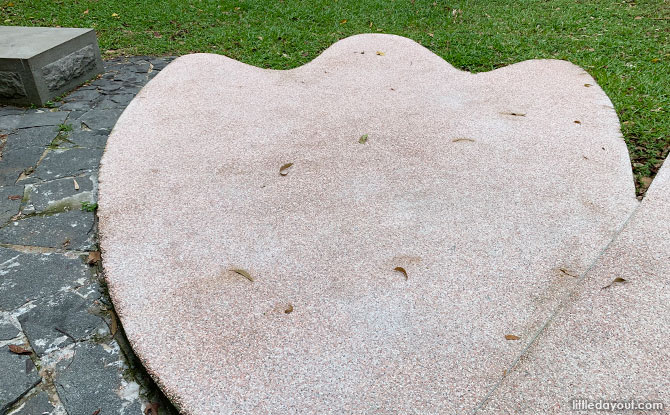 The second was a little platform next to the path which is shaped to look like a brontosaurus footprint.

Brontosaur Park is located between Pasir Ris Street 71 and the Tampines Expressway. It is sited between Blocks 777 and 778.