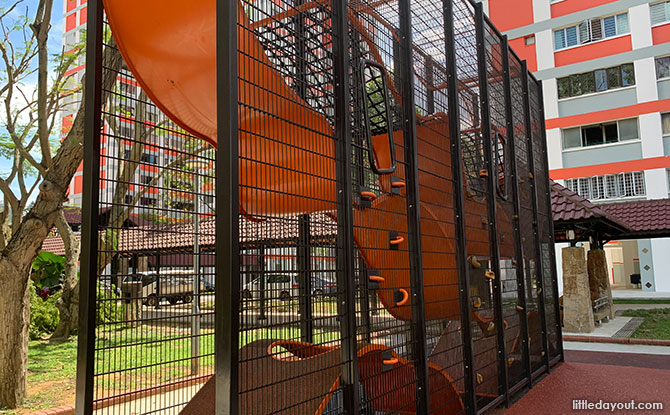 In front of Block 158, Bishan Street 13, there is a small neighbourhood playground where the first Wallhola vertical playground in Singapore can be found, along with two other netted, climbing play structures. 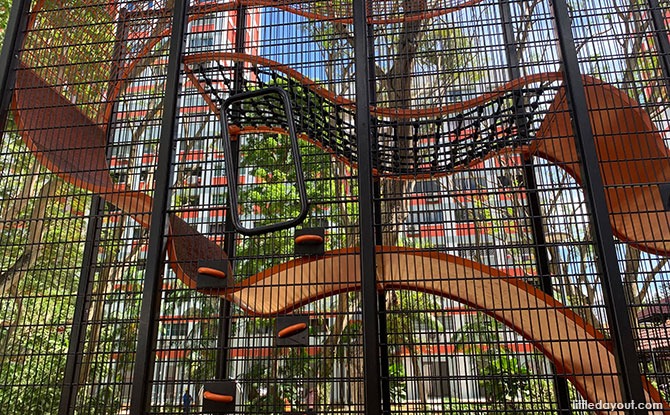 The Wallhola vertical playground at Blk 158 Bishan Street 13 Playground has a black frame with an orange ribbon on the inside. It is found in the shaded area between the block of flats and the Kallang River.

This particularly Wallhola playground is significant as it was the first one in Singapore, introducing the concept of a vertical playground occupying a small footprint. It was built in 2016.

On the inside of the playground, there is a netted section for kids to play. The outside of the vertical playground also offers fun play opportunities; there are various handholds which lead to entry ports on the levels above.

Since its introduction, many more Wallhola play structures have been introduced around Singapore, providing three storeys of vertical play space for kids between the ages of 5 to 12 years old. 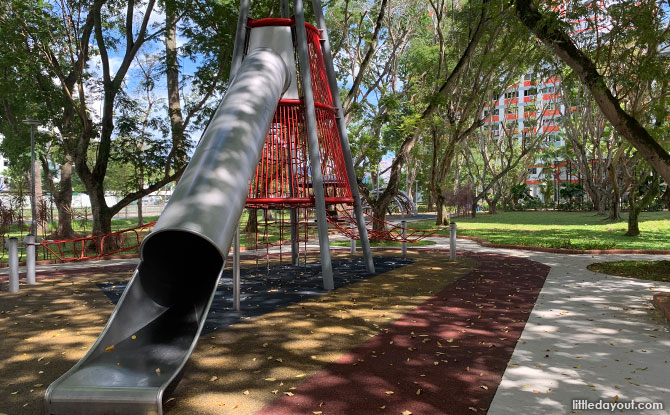 Beside the vertical playground, the shady, neighbourhood patch also has two other climbing structures for kids to enjoy. 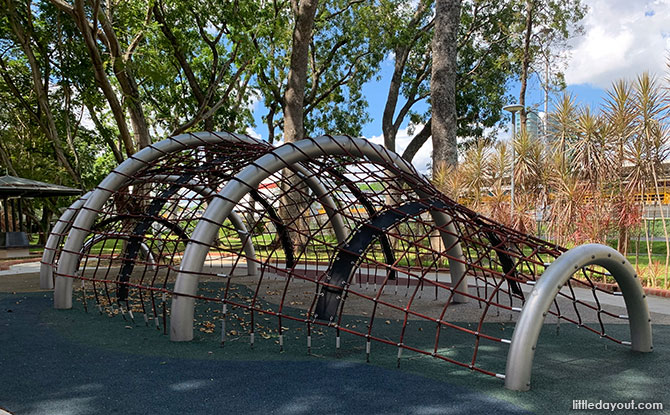 The first is a net tunnel. Semi-circular metal rings are interconnected with a set of cargo nets to form a tunnel. Kids can run inside to play or even climb on this piece of netted play equipment. 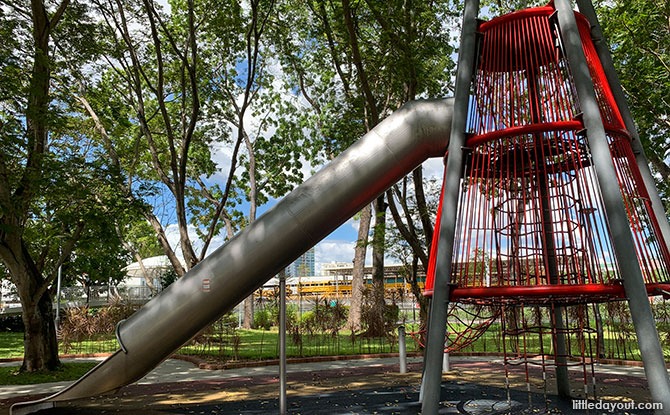 Also near by is a tower which kids can climb up on. There are two levels which can be reached through the use of the climbing nets on the inside. The entrances into the tower is lead up to with cargo nets.

At the top level, there is access to a metal tube slide.

What’s nice about this Bishan Street 13 play area is the shade. Leafy trees provide shelter from the sun above.