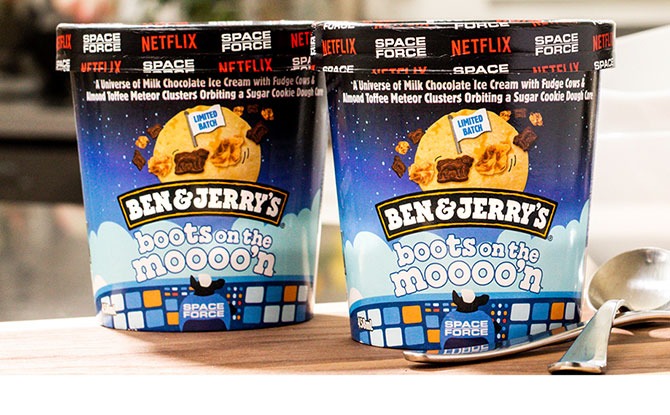 Ben & Jerry’s has revealed it latest ice cream collaboration with Netflix: Boots On The Moooo’n.

The Netflix show is an American comedy created by Greg Daniels and Steve Carell about a four-star general and an eccentric scientist trying to establish the United States Space Force. 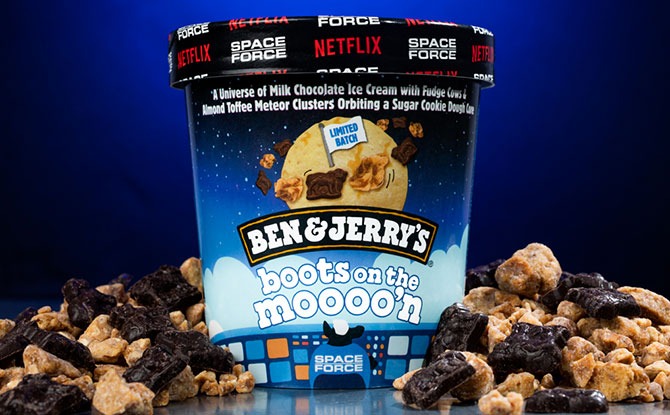 Instead of putting boots on the moon, Ben & Jerry’s Boots on the Mooo’n flavour is a cosmic mix of ice cream with toffee and cookie dough.

Boots on the Moooo’n ice cream is a limited edition and available at $13.90 per pint. It is available at supermarkets, convenience stores and online retailers.