Home Play Behind The Show: Bringing KURIOS – Cabinet Of Curiosities In Singapore To... 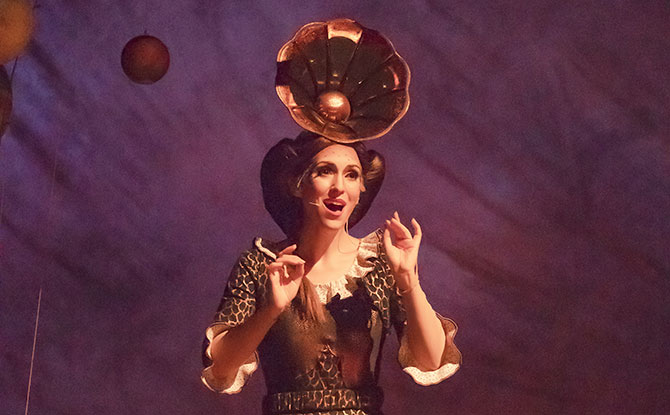 Bicycles are not unheard of in circus acts, but how about a flying bicycle instead?

In Cirque du Soleil’s KURIOS – Cabinet of Curiosities, French acrobat Anne Weissbecker engages in a graceful aerial ballet with a bicycle, deftly dancing with her two-wheeled partner through the air.

The aerial bicycle act, a twist to the regular circus aerialist act, is an enchanting example of that audiences can look forward to at KURIOS at the Big Top on Bayfront Avenue next to Marina Bay Sands, Singapore, from 5 July.

Riding through the Air

According to Weissbecker, it took several months to get used to the apparatus, as she refers to the bicycle. Part of the preparation included having to create new tricks for the act, which includes a whimsical scene where she pedals the bicycle upside-down through the air.

Her character shares the stage with Mr Microcosmos, a half-man half-robot figure that represents technological progress in the steampunk world of KURIOS. Mathieu Hubener, who plays Mr Microcosmos, an authority figure, also does double-duty by performing mind-blowing acrobatics in one of the acts, Acro Net. This role allows him to show off both his acting skills and acrobatic athleticism.

A large part of the magic of any Cirque du Soleil show is the live music performed by real musicians. KURIOS – Cabinet of Curiosities is no exception.

Providing the musical accompaniment for the fantastic acts is the band led by Marc Sohier with singer Sophie Guay. As bandleader, Marc, who plays bass, shared that he needs to be constantly aware of what performers are doing in order make sure the music is on cue. He communicates with the band throughout the performance to make sure their playing is in sync with the action on stage.

KURIOS – Cabinet of Curiosities In Singapore

Catch the steampunk world of KURIOS – Cabinet of Curiosities and the artistry of performers like Anne, Mathieu, Sophie, Marc and others in Singapore through 4 August 2019.