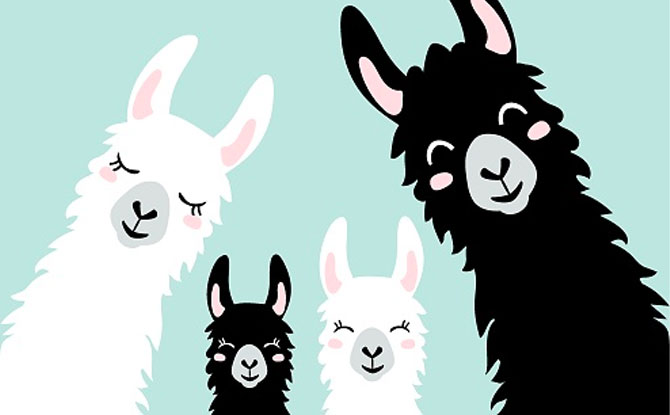 Llamas are great animals for many reasons. They are very cute, and have unique characteristics that make them interesting to watch. Llamas are also very friendly, and can be trained to do tricks or work as pack animals. If you are a fan of llamas, here are some funny llama jokes that you can enjoy and tell your friends.

50+ Llama Jokes To Make You Llaugh 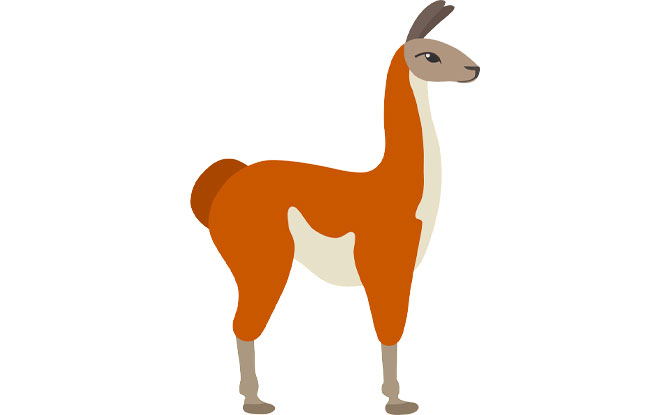 1. How do llamas think the world will end?
Llamageddon.

2. What do you call a book writing llama?
She was a woolly thinker.

3. Which side of a llama has the most fleece?
The outside.

4. Where do llamas go for a nice holiday?
Shangri-llama.

5. Why couldn’t the llama see?
Someone pulled the wool over her eyes.

6. What do you call a fast llama?
A llamaghini.

7. Why should you never buy anything from llamas?
They’ll fleece you.

8. Why did the llama cross the road?
It was the chicken’s day off.

9. What do Llamas do when they find something funny?
They llaugh of course.

11. What did the llama say when he was planning a picnic?
Alpaca lunch.

12. Why did the llama win the rap battle?
Because he was good at spitting.

13. How do llamas wake up in the morning?
They use allama clocks.

14. Why didn’t the llama want coffee?
He only drinks llamanade.

16. What happened when a Llama got in a fight with her twin sister?
Llama drama!

17. What happens when you get stuck between two llamas?
You get llamanated.

18. Why did the pope invite an animal into the Vatican?
Because it was the Dalai Llama.

19. What did Mario say when he saw the Alpaca?
Don’t-a worry it’s a false-a llama!

20. What do you call two llamas standing next to a bell?
Llama llama ding dong.

21. What do you call the president of Llamaland?
Barack Ollama.

22. What do you call a llama with his head underwater?
Anything you want, he can’t hear you.

23. Why do llamas have such long necks?
To make sure their heads stay on.

24. What did the llama say when the alpaca asked to borrow her phone?
No probllama.

26. What do you say to doubt a llama?
Wool have to see about that.

27. What did a llamas mum say about the twin siblings?
They looked like the spitting image of each other.

28. How do the zookeepers wake the animals in the morning?
They set their a-llamas.

29. Where do baby llamas go to eat?
The pizzacria

30. What do you call a secret group of llamas
The I-llama-nati

31. What do you get when you cross a llama and a sweet potato?
You get a Yyama!

32. What did the llama say when the alpaca asked why he knew so many jokes?
Llama funny guy.

33. What do you get when you cross a turtle and a llama?
A turtleneck sweater

34. What’s more amazing than a talking llama?
A spelling bee.

35. What do you call two baby llamas standing on a compass?
North Cria and South Cria

36. What did the llama get when he graduated school?
A dipllama

37.What do you call a llama that is really late ?
A dally llama

38.What did the llama say to the grass?
“Nice gnawing you!”

39. What do llamas type when they are laughing?
Llamao

Llamas are very social animals, and enjoy being around other llamas. They will often form close bonds with other llamas, and can even be trained to work together. Llamas are also very curious creatures, and will often investigate anything new that they see.

40. No one is afraid of llama kisses
So why is everyone so worried about the alpaca lips?

42. Did you hear about the animal who tried to fly to the moon? What? No, llama say is that’s crazy.

43. Knock knock
Who’s there
Per
Per who?
Yes, that is where llamas come from.

44. What should you say to a group of llamas before you tell them a llama joke? Stop me if you’ve herd this one.

45. I tried eating a whole llama once.
I couldn’t finish it, so I figured “Eh, alpaca lunch for tomorrow.”

47. So the Dalai Llama walks into a pizza place…
… and says, “make me one with everything”

48. Did you hear about the scientist llama who missed out on the Nobel Prize? She had a new theory, but she couldn’t Peru-ve it.

49. A man came back from a trip overseas and found his scalp being especially itchy. He thought, “Hmm, I’d better see someone about this,” and got himself to a doctor.
Sure enough, the doctor found small insects in his scalp. She asked, “Were you by any chance riding a llama with fleas?”
“No,” the man said, “it’s all been alpaca lice.”

51. A Rabbit, a Monkey and a Llama walks into a bar.
The bartender looks at them, and goes:” I think you’re ALL in the wrong joke.”

The rabbit says:”Man this is worse than when I was just a typo.”

52. Did you hear about the llama who wouldn’t go outside because her hair was messy? She’s such a llama queen!