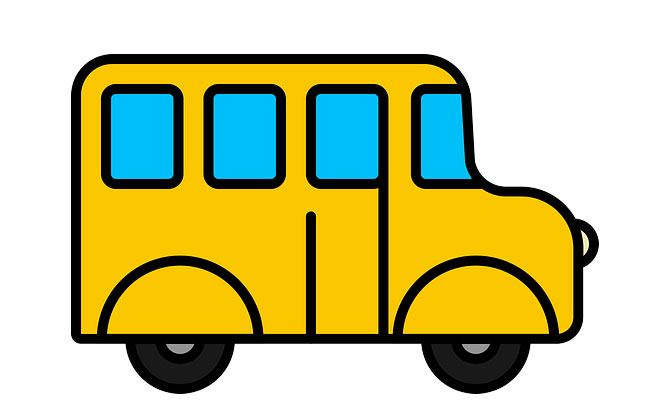 Travelling by bus is a process that is part of many of our daily lives. A great way to pass the travel time is by reading some bus jokes. Be it bus jokes when travelling, bus jokes when waiting at the bus stop or jokes when getting off the bus – here are some great bus jokes to laugh at.

40+ Bus Jokes That Will Get You Wheeling 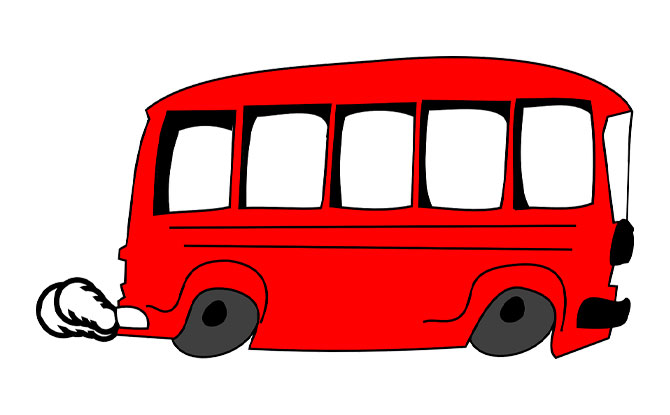 1. What caused the bus to stop?
Because it saw the zebra crossing.

2. Was there a “bus” that crossed the ocean?
Colum-bus.

3. Why did the bat miss the bus.
Because he hung around for too long.

4. What is the difference between a cold and a bus driver?
A bus driver knows his stops, and a cold stops the nose.

5. What did the bus driver say to the frog?
Hop on.

6. How do eels navigate the seabed?
They go by octo-bus.

7. Do buses and trains run on time?
No, they don’t. Buses run on wheels, while trains move along tracks.

8. What do bus drivers eat in their sandwiches?
Traffic jam

9. What sort of public transportation do superheroes take?
Bus Lightyear.

10. What do monsters play when they’re on the bus?
Squash.

11. Why didn’t anyone take the school bus to school?
It wouldn’t fit through the door

12. What would happen if you crossed King Kong with a skunk?
I don’t know, but it could always find a seat on a bus!

14. Do your school buses run on time?
No, they run on diesel.

15. How do eels get around the seabed?
They go by octobus

16. At which end of the bus is it best to get off?
It doesn’t matter. Both ends stop.

17. What will you find on an electric bus?
A conductor

Bus Jokes To Read While Riding To Work 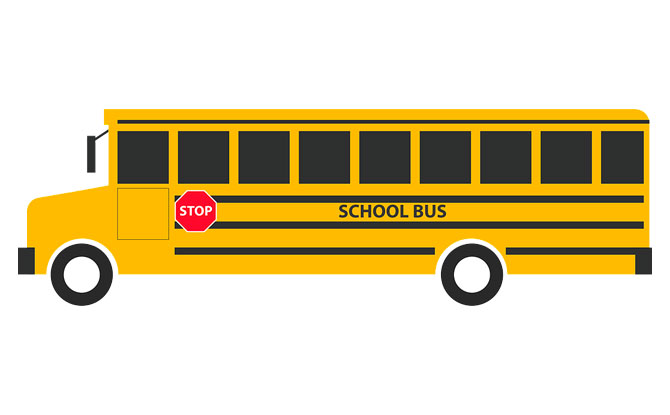 18. Kid: “Dad I saved $3 by running behind the bus after school today.”
Dad: “Next time run behind a taxi, you’ll save more”

19. Just got my dream job today. I get my own company car with a value of $200,000. In addition, I get a corner office with a view of the city…Being a city bus driver is a dream come true.

20. Jim: Did you hear that all the buses and trains will stop running today?
Jon: No. Is there a strike?
Jim: No, they’re stopping to let the passengers off.

21. At work, my friend had always gone the extra mile. This is why he lost his job as a bus driver.

22. The driver of a bus was travelling down a street. He went right past a stop sign without stopping. Next, he turned left where there was a “no-left turn” sign. Eventually, he went the wrong way down a one-way street. He didn’t break any traffic laws. How?
He was walking.

23. Is the bus going to stop by the river?
If it doesn’t there’ll be a very big splash.

24. As a result of my giving up my seat on the bus for someone else, I lost my job. Apparently, you’re not supposed to do that when you’re the driver.

25. I couldn’t get my fridge to work this morning, so I took the bus instead.

26. Bus Passenger: I would like a ticket to New York, please.
Ticket seller: By Buffalo?
Bus Passenger: Of course not, I’m waiting in line for the bus, am I not?

27. Being a bus driver wasn’t fun. I felt that people were talking behind my back.

28. I quit my job as a bus driver. It was driving me to madness.

29. A man at the front of the queue to board a double-decker bus removed his eye, threw it up in the air, and caught it. “What on earth are you doing that for?” he asked the conductor. I wanted to know if there was room on top, replied the man.

30. Kelly: What’s the difference between a school bus and a cake?
Kate: I don’t know.
Kelly: I’m glad I didn’t ask you to pick up my birthday cake!

31. If school buses become autonomous, hackers are going to have a field day.

32. Passenger: Is this bus going to take me to New York?
Driver: Which part?
Passenger: All of me!

33. Passenger: Is this bus going to London?
Conductor: No.
Passenger: London is written on the front.
Conductor: You can see an advertisement for canned beans on the side, but we don’t sell them!

34. Tesla is considering releasing a line of electric buses named after Egyptian gods. It’ll be A-new-bus.

35. A child asks their parent, “What’s an alcoholic?”
“Well”, the parent says, “You see those two buses over there? An alcoholic would see four”. The child responds, “there’s only one”.

36. Friend: My advice for your date – You make a better impression when they think you’re well travelled.
Me, later at the date: I took 5 different buses to get here.

37. I was the first person to install trampolines on musician’s tour buses.
Now everybody is jumping on the bandwagon.

38. A person goes to the bus stop.
He asks a stranger,” Sir, Which bus will take me to Greentown?”
“Just take bus number 92”, the stranger replied hurriedly as he ran to catch his bus. In the evening, the stranger gets down at the same bus stop and notices the person is still there. Intrigued, he asks,” Did you not take the bus?” The person replies, ”So far 87 buses have gone. Only 5 more to go before my bus arrives”

39. I had a bad day today. Someone I hated got hit by a bus first. After that, I lost my job as a bus driver.

40. The new Director of Public Transportation is obsessed with “green” fuels.
He’s made all the buses run on thyme.

41. One man trying to board an overcrowded bus was pushed off by the people inside. “There is not enough room”, they said. “It’s full up!” “But you must let me on!” shouted the man. “Then I would ask, why? What is so special about you?” they asked. “I’m the bus driver.”